The impact of the Marvel Cinematic Universe has been hotly debated for more than a decade, even being discussed here in this small corner of the internet. Despite this, sometimes it feels like Marvel’s influence and uniquity isn’t given its due credit. It’s strange that something like Avengers: Endgame (2019) is widely considered a lesser achievement than Joker (2019). One is the culmination of a decade long experiment which seamlessly crosses different stories, characters, genres, styles and tones, whereas the other is a formulaic carbon copy of every film about a middle-aged angry man. Despite the studio’s artistic merits, there’s a constant stream of voices claiming Marvel is a harbinger of rampant unoriginality. Happily, WandaVision (2021) may have proven once and for all how versatile the MCU is.

Without any warning or explanation, we are dropped into the town of Westview, which for some reason looks, sounds and feels like a 1950s sitcom. The newly wedded protagonists (and former superheroes) Wanda Maximoff and Vision seem fun and happy-go-lucky, but there’s always a sense that something isn’t right. This is especially apparent due to the fact that Vision was killed by Thanos the last time we saw him in Avengers: Infinity War (2018). Not only that, but the world around the couple inexplicably updates to more recent styles of sitcom every time something important happens. Wanda and Vision are aware of who they are and what they mean to each other, but neither of them can recall their lives before Westview. Is this a dream, the afterlife or some kind of simulation?

This isn’t the first time Marvel has released TV content, but this is definitely the first time it has actually been a contributing factor to the broader cinematic universe. With this first chapter in the new Marvel era being a TV miniseries, WandaVision has a lot of weight resting on its shoulders. You’d think at this point they’d play it safe and stick to their successful formula, but what they’ve delivered might be the biggest risk imaginable under the circumstances. It’s been a longstanding tradition for superhero stories to be action films before they’re anything else, yet WandaVision boldly breaks that mould by venturing headfirst into an unabashed sitcom aesthetic. Even while it hilariously homages sitcom styles between the 1950s to the 2010s, the show maintains distinct feelings of dread underneath it all.

The anticipation is maintained far longer than what we’ve come to expect. It’ll probably be a bit of a tonal shock for those craving the usual level of action, but there’s a purpose to the decidedly slow pacing. Taking time to figure out what is happening to our heroes and indeed why it’s happening is the core of what makes the show so enjoyable. The mystery genre has become tiresome recently, with everyone following J.J. Abrams’ insufferable ‘mystery box’ formula. WandaVision completely bypasses this by making the puzzles still reveal the depths of the characters. Not only that, but the shocking answers also contribute to the narrative development as a whole. On the flip side, the red herrings intentionally grab the fans’ attention and thus may give them the wrong impression as to where things are leading. However, Marvel has rarely allowed viewers’ expectations get in the way of what’s right for the story.

It’s fascinating to see how flawlessly Marvel can juggle all the elements that make up their adventures. Everything they deliver has to stand on its own, all while being a sequel (and precursor) to dozens of other properties. Marvel has become so adept at this that it’s only possible to compare their films against each other. Up until this point, they have relied on big name characters like Iron Man, Captain America and Thor, only to periodically introduce new headliners like Dr. Strange, Black Panther and Captain Marvel. In WandaVision, the spotlight is given to longstanding supporting characters who you’d never thought could work as leads. Incredibly, Wanda, Vision and the rest are far more compelling here than they ever were in the films, pretty much making them brand new characters. Regardless, nothing here negates what’s been previously established and it’s all packaged in a way that’s satisfying to both new and old fans.

With that in mind, it’s incredibly clear how much fun Elizabeth Olsen and Paul Bettany are having with these meatier versions of their characters. Given that the show goes through a decades long history of sitcom styles, Olsen and Bettany get to show off the extent of their comedic (and dramatic range). Most actors need to go through a whole careers worth of films and shows before we get a sense of their entire skill set, but these performers successfully deliver the goods across nine half-hour episodes. By the time we get to the finale, Bettany and Olsen sink back into their classic performances, but by that point Wanda and Vision are richer than ever. After this, both performers will probably be just as sought after as the biggest stars from Marvel’s rolodex.

The sitcom format, the super-heroic mysteries and enjoyable characters are certainly enough to make WandaVision a notable watch, yet none of that is actually the reason why it’s special. Even though Marvel’s reputation is that of fun, lighthearted fantasy, it’s not uncommon for them to have deeply complex undertones. The films have often tipped their hat to real world social commentary, but WandaVision takes a delightfully cerebral route. All the elements are geared towards an analysis of the mind’s perception of reality and (more specifically) the comforting ‘unreality’ of narrative media. It’s a weighty subtext which permeates right to the surface as the story progresses, even covering escapism as a means control grief. Amazingly, the show doesn’t provide easy answers, as these complexities morally compromise our ‘heroes’. Some of the plot logic may not hold up under intense scrutiny, but it barely affects the greater thematic whole.

It’s almost comical as to how well things have worked out for Marvel Studios. Many were ready to declare Avengers: Endgame as the last successful superhero story before the fatigue started to set in. The studio never had to face that challenge, as a longer than expected hiatus meant that everyone was ready and waiting for another Marvel product. WandaVision marks a particularly bold step forward, almost ensuring that the forthcoming Falcon and The Winter Soldier (2021) will have a rough time standing out by comparison. That being said, if WandaVision is any indication, the future of the MCU continues to shine bright.

Best way to watch it: Without any over-speculating comic book devotees in the room. 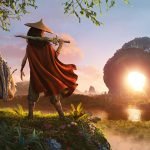 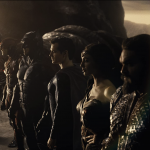