This might not be too surprising to hear, but audiences are usually hesitant to allow studios or filmmakers second chances. It’s a shame, because it’s possible to make a good movie out of anything, you just need the right approach, the right team, and the right vision. Warner Brothers’ DC Comics films have really benefited from a second chance, considering how rocky their start was. The biggest misstep of their entire franchise was David Ayer’s Suicide Squad (2016); an awkward, confused, messy and aimless film which marked a low point for the superhero genre and blockbusters in general. Despite the negative response, Suicide Squad was a massive box office hit, meaning that plans for sequels and spin-offs were inevitable. Thankfully, the studio recognised what went wrong last time and enlisted writer/director James Gunn to deliver a top-to-bottom rebuild, resulting in the soft reboot The Suicide Squad (2021).

We are re-introduced to Amanda Waller (Viola Davis) the shady intelligence officer in charge of Task Force X; a black-ops team of imprisoned supervillains. The criminals are implanted with a bomb in the base of their skull, which will explode if they try to escape. There is a risk that many of the team members won’t make it back alive, but their prison sentences will be reduced if they complete the mission. Colonel Rick Flag (Joel Kinnaman) leads a team which includes Harley Quinn (Margot Robbie), Bloodsport (Idris Elba), Peacemaker (John Cena), King Shark (Sylvester Stallone), Polka-Dot Man (David Dastmalchian), Ratcatcher 2 (Daniela Melchior), Savant (Michael Rooker), Captain Boomerang (Jai Courtney), Blackguard (Pete Davidson), T.D.K. (Nathan Fillion), Javelin (Flula Borg), Mongal (Mayling Ng) and Weasel (Sean Gunn), all tasked with destroying an alien threat controlled by a totalitarian government.

When done well, the superhero formula is a very well-oiled machine, as evident by the Disney’s Marvel films. Seeing as The Suicide Squad is a vast improvement from its lacklustre predecessor, you’re probably expecting an analysis of how James Gunn’s new film adheres to this proven structure much closer to Ayer’s messier attempt. This couldn’t be further from the truth, as Gunn has been given (what appears to be) complete creative control, resulting in a film that barely classifies as a traditional superhero film. If you’re expecting The Suicide Squad to follow the rules, play things safe and stick to what works, you clearly haven’t been following James Gunn’s career very long.

Gunn is unmatched in his ability to juggle incompatible tones. Within the space of a few minutes, Gunn manages to cleanly make a scene transition from enjoyably cool, to uncomfortably hilarious, to heartbreakingly sweet. It’s dangerous to move so drastically from one tone to the next as it can make things feel directionless, but Gunn is a master at his craft, meaning every moment perfectly builds to the next. The balance is so precise that it’s kind of unbelievable, leaving you floored that a big budget studio even allowed a creative voice like Gunn to put the viewer on edge as often as he does. Nearly every opportunity to shock the audience is taken, yet at no point can you ever predict how that shock is going to occur. One moment you’ll be laughing, then crying, then laughing at the fact you were crying. It takes a true visionary to constantly surprise the audience without it feeling cheap or unearned.

Part of what makes the film feel so well structured is down to how it arranges its action sequences. Most blockbusters start with a handful of thrilling set pieces, only to then devolve into a generic slugfest by the third act. The issue is that the opening action scenes usually start off too large, leaving the viewer feeling a bit bored and numb by the time the climax rolls around. The Suicide Squad smartly avoids this by holding back at the start and actually allowing the action to appropriately escalate. Granted, the violence is just as pronounced from beginning to end, but the scale of these sequences doesn’t blow out, as Gunn is careful to reign in the spectacle until it’s absolutely necessary. Amazingly, it still feels like a wild ride, as every action scene is deeply rooted in the psychology of whichever crazed character is at the centre.

This brings us to Gunn’s greatest strength, which is his uncanny ability to develop an extended ensemble of offbeat characters. The original Suicide Squad fell flat on its face in this regard, as it failed to build connections between the heroes, or even recognise how they were thematically linked to each other. Gunn not only successfully creates bonds between every character, but he also manages to find narrative necessity for each. While not every player is given exactly the same amount of air time, we are made to care and empathise with every single one of them (even when their motivations are less than noble). It’s not an easy feat to give a roster as large as this dimension and humanity, yet Gunn continues to make it look easy.

At this point, it may sound like Gunn has delivered a profound character piece with many layers of complexity, but that’s actually not the case at all. The Suicide Squad harkens back to action films like Assault on Precinct 13 (1976), Big Trouble in Little China (1986), The Predator (1987), Die Hard (1988) and Speed (1994). This may seem like a random group of films, but they all represent the kind of film that has no pretence about itself and is about nothing other than its own simple (yet effective) premise. There’s no grander message or loftier point other than placing these colourful characters into a meat grinder and seeing what fun could be had. There’s no ‘moral of the story’ in the traditional sense, but this kind of storytelling is pure, visceral and the perfect way to let these characters come to life on their own terms.

To be abundantly clear, The Suicide Squad isn’t going to be to everyone’s taste. Some audiences won’t be able to handle how mean spirited it can be, and they’ll be even more confused when it pivots to being genuinely touching. It’s the purest distillation of James Gunn’s singular creative mind, and it’s well known that this side of him struggled to find an audience in the early days. That being said, The Suicide Squad bursts through its superhero trappings and becomes a breathlessly original and flawlessly constructed action comedy.

Best way to watch it: For a Birthday Party. 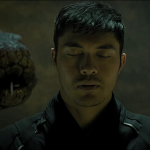