There’s a common misunderstanding that ‘comic books’ and ‘superheroes’ are the same thing. Comics have many different genres, styles and characters, thus not all of them are superhero stories. For every Superman (1978), Batman (1989), Spider-Man (2002) and Iron Man (2008), there are just as many comic book films which have nothing to do with caped avengers. Films like Ghost World (2001), Road to Perdition (2002), Oldboy (2003), American Splendor (2003) and Persepolis (2007) prove there are plenty of non-superhero narratives yet to be mined. In a graphic novel, one story can blend together action, science fiction, thriller, horror and fantasy elements. This is unremarkable on the page, but in film it’s a delicate balancing act. Director Gina Prince-Bythewood mostly pulls it off with The Old Guard (2020).

Charlize Theron stars as Andy, the leader of a mysterious and deadly group of mercenaries. Andy, Booker (Matthias Schoenaerts), Joe (Marwan Kenzari) and Nicky (Luca Marinelli) do take paid jobs, but they spend just as much time making their own choices of where to go and who to save. Ordinarily, this group wouldn’t be remarkable, but each of them have been blessed (or cursed) with immortality. For hundreds of years, they have been in countless fights, battles and wars, yet none of them can die no matter how many times they are killed. They keep their power a secret, as bad people may torture and exploit their gifts for personal gain. After countless lifetimes, Andy has decided to end her time as a hero and wait to (hopefully one day) die. This decision has been halted by the discovery of Nile (KiKi Layne), the first new immortal in centuries.

There are many exciting ways one could approach bringing this material to screen. Prince-Bythewood portrays the events as straight as possible, focusing on character introspection. It’s made clear that each member of the team descends deeper into an existential crisis with each passing decade. This is the film’s main strength, as questions regarding loneliness, self-worth and fate are all touched on. We see our heroes ponder the implications of their immortality, which in turn forces the audience to do the same. The team has lost nearly everything and experienced so much horror that it’s hard for them to see if their heroic work is even making the world better. The ability to survive bullets ands swords is incredible, but it’s made abundantly clear just how painful and emotionally scaring it is for them. It’s rare for a hardcore action film to be this sombre, but it allows the premise to have a unique flavour.

Additionally, a ragtag group of heroes who can run into a flurry of gunfire without fear of death is a great starting platform for creative action sequences. You’d think that having immortal heroes would rob the set pieces of tension, but Prince-Bythewood manages inject these moments with heart pounding energy. We aren’t necessarily fearing for the characters lives, but every kill shot is visceral and raw. Usually, action films struggle to balance brutal violence and entertainment value. A purely enjoyable action film shouldn’t acknowledge the horrific body count, just as a grim action film shouldn’t invite the audience to enjoy the violence. Impressively, Prince-Bythewood has her cake and eats it too, delivering thrilling and fun set pieces while never shying away from the violent horror. Of course there are moments of comedy, but none of it trivialises the violence. Admittedly, the action could have been more inventive, but it’s all put together so expertly that it’s not a huge deal.

Even with satisfying action and thoughtful characters, the plot itself leaves something to be desired. To be clear, there’s an huge amount of world-building and it all unfolds neatly. The first act does most of the heavy lifting, as each new reveal adds to the last. The second act loses the energy as it gets a little lost in exposition. To be fair, everything it covers is completely necessary to explain the ins and outs of this universe, but there’s a slight loss of momentum due to the actual plot being thin. After the spectacular first act, there isn’t much to do except wait for the antagonist to come hunting for them. The music doesn’t help either, as the film seems to lack an engaging score. Irritatingly, the soundtrack is just a series of moody pop songs, which prevents the middle stretch from standing out. Even though this adventure is missing some thrust, the stage is nicely set for more breathtaking adventures in the inevitable sequels.

Interestingly, the world-building itself is a mixed bag, as it’s simultaneously thought provoking and lacking in detail. Much of the runtime is dedicated to explaining how old each team member is, where they are from, where they have been and which famous events (and people) they may have come into contact with. Granted, none of it is explicit, but the dialogue, production design and flashbacks frequently flesh out the complex history. The audience is treated to a very rich world which feels epic in scope, but some of the logic falls apart at points. The insistence to make the characters as worldly as possible is admirable, but the historical reference points raise more questions than they answer. Not to mention that it’s bizarre seeing flashbacks where people talk in accents which didn’t exist yet.

The point of the backstory is to provide context for the emotional journeys of the characters. Happily, each member of the team is memorable and has moments of interest. Charlize Theron is a proven action hero, balancing intimating strength and contemplative stoicism. Matthias Schoenaerts makes Booker surprisingly endearing, which is impressive considering the character could’ve been a bore. Luca Marinelli and Marwan Kenzari are heartwarming as Nicky and Joe, while Kikki Layne does fine work as the audience avatar. Amazing performers like Harry Melling and Chiwetel Ejiofor are on hand in important supporting roles, but neither are given as much to work with. With such a talented cast, it’s easy to forgive the script for its overwritten dialogue.

One day, audiences may tire of capes, costumes and masks. If that happens, there will still be plenty of graphic novel material yet to adapt. If The Old Guard is any indication, the well is far from dry. Even with it’s faults, Gina Prince-Bythewood has delivered a surprisingly thoughtful action film which forecasts potential for a fun and fascinating franchise. This is perfectly achievable bar for a sequel to clear, so hopefully the next one is truly spectacular.

Best way to watch it: With a history book next to you as a reference. 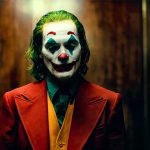 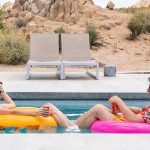