There’s no getting around the simple fact that The Matrix (1999) is one of the best and most important films ever made. More than two decades on, the industry is still feeling the effects of its initial impact, as everyone is trying to either replicate it, live up to it, or make sense of it. Even with thousands of think pieces and studies already dedicated to it, our interpretation of The Matrix continues to evolve. This even affected its sequels, which at the time were criticised but are now seen as worthy additions to the story. The endless parodies and knock-offs haven’t diminished the trilogy’s shine, as new fans discover them every day and are just as amazed as we were the first time. With groundbreaking visual effects, fist-pumping action, endless entertainment value, interesting characters and thought provoking ideas, The Matrix is about as close to perfect as films can be. Therefore, it’s no surprise the belated fourth entry, The Matrix Resurrections (2021) has generated equal amounts of hype and concern.

Set roughly 60 years after the events of The Matrix Revolutions (2003), we are reintroduced to Neo(Keanu Reeves), who is apparently alive and has been re-plugged into The Matrix once again under his ‘slave name’, Thomas Anderson. He has no clear memory of his previous life, but has made sense of his “dreams that aren’t just dreams” by channeling them into his creative endeavours. Meanwhile, the war against the machines is still raging forth in the real world, prompting a ship captain named Bugs (Jessica Henwick) to lead a rescue mission meant to free Neo from the Matrix. Neo isn’t the only legendary hero back from the dead, as Trinity (Carrie-Anne Moss) is also plugged in with no memory of what happened before.

One thing which must be addressed is that it’s unfair to expect The Matrix Resurrections to recreate the original’s impact. When The Matrix came out we weren’t used to seeing action, effects or concepts of this calibre, making it easier for the film to stand out. Even though many action films haven’t matched The Matrix’s excellence, audiences are now very used to these kinds of epics. This new film isn’t going to amaze viewers in the same way, but that doesn’t mean it can’t deliver grand, exciting and visually arresting action. While there are moments with eye-popping spectacle, The Matrix Resurrections fails to reach the standards set by recent films, let alone its groundbreaking predecessors. There’s very little risk, imagination, or even basic thrills generated by its flat action sequences. This is a major blow considering the pedigree involved.

Unfortunately, things don’t get better when you delve deeper into the film’s narrative layers. Just like the original trilogy, there is plenty of thematic complexity to unpack, but sadly the ideas presented prompt unintended laughter this time around. The concepts and messaging are so unbearably self-aware, resulting in much of the film feeling like a parody. When you strip away the narrative elements, it’s as if Director/Writer Lana Wachowski has turned The Matrix into her own private joke, thus sapping the story of tension, dread and excitement. This is clearly intended to be a harsh deconstruction of the earlier trilogy’s critical reception, which (to be fair) is on brand for the series as The Matrix Reloaded and The Matrix Revolutions were deconstructions of the original film. However, those films didn’t break narrative immersion, whereas The Matrix Resurrections frequently does.

In the past there have been many sequels which resorted to insufferable levels of meta-commentary, but they always offered a strong central narrative arc to latch onto. Once we get to the mid-point it feels like we’re finally getting to the story at hand, only to then waste much of the runtime endlessly explaining the world, the logistics, and how things differ from the trilogy. While it’s important to let things evolve and equally important to bring the viewer up to speed, there still needs to be some forward momentum. The Matrix Resurrections lacks that propulsive pace, meaning we are left wondering why all this exposition is important or what it’s adding to the story. When all is said and done, it’s incredibly unclear what’s at stake, why the mission even matters, or what was even achieved once the credits roll.

To be fair, previous entries in the series have managed to survive narrative pitfalls by placing a spotlight on the many colourful characters. Granted, not all of the original trilogy’s heroes and villains received equal treatment, but they were all memorable, interesting and unique. Even dating back to the original film, you care for each member of the ship crew regardless of their screen time. Regrettably, the same can’t be said for the new characters, as only Jessica Henwick’s Bugs turns out to be memorable. The rest may as well be interchangeable redshirts, and you can’t even be sure if any of them survived the film’s climax. Additionally, these new characters fail to make the world feel expansive, which is a shame considering the series has often felt like there were endless possibilities.

On the plus side, it is genuinely fun to see Keanu Reeves, Carrie-Anne Moss and a few others return to their famous roles. Neo, Trinity, Morpheus and many more became instantly iconic staples of cinema, so there is definitely inescapable nostalgia attached to their appearances here. The issue is that these brilliant performers have grown beyond these performances. Reeves and Moss are always a joy, but they seem to be unable to embody their iconic roles like they used to. This is most prevalent in Reeves himself, who was once the perfect Neo, yet he struggles to re-enter the role convincingly. While still a loveable actor, he seems locked in his now equally iconic persona from the John Wick series (2014 – 2019). Admittedly, this may be an intentional element of the film’s meta-commentary, but it hasn’t helped the main heroic arc.

There’s nothing more disappointing than seeing a beloved franchise tarnished by a belated entry. Indiana Jones experienced this with Kingdom of the Crystal Skull (2008), The Hobbit series cast a shadow over The Lord of the Rings, and the Star Wars trilogy has been dulled by nearly every subsequent entry. Even though The Matrix Resurrections has now done this, the main difference is that it has only made us appreciate the original trilogy more than we already did.

Best way to watch it: Save your money for John Wick 4. 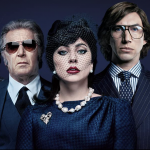 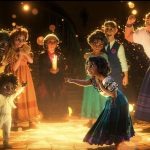