Back in the 1990’s, thrillers like Leon: The Professional (1994), The Usual Suspects (1995) and L.A. Confidential (1997) regularly blew audiences and critics away, which quickly turned them into modern classics. This was due to their neo-noir aesthetic, which was considered a risky artistic choice. It turned out audiences were itching for these dark, twisted and lurid stories about hard-boiled cops, depraved murderers and chilling mysteries. It was a glorious time for the genre, and filmmakers have been trying to recapture that magic ever since. Those originals still hold up as some of the greatest films ever made, but newer entries have yet to figure out how to evolve the genre for the modern age. Many of the new additions just copy the set template, as is the case with The Little Things (2021).

Set in Los Angeles circa 1990, Joe Deacon (Denzel Washington) was once a big city detective until he retired to Kern County and became the Deputy Sheriff. He is called back to the city to collect some evidence relating to his current investigation, but he ends up accompanying Lead Detective Jim Baxter (Rami Malek) to a new crime scene. It is a grizzly murder with many details that remind Deacon of an older unsolved case. The young, passionate Baxter isn’t too enthused with Deacon at first, but soon figures the older cop has a wealth of experience to learn from. The pair team up to solve the growing series of murders, eventually suspecting an unsettling individual named Albert Sparma (Jared Leto). The evidence is only circumstantial, but Sparma seems to have an unhealthy obsession with crime and murder.

Since the 2000s, neo-noir crime thrillers have needed to change up the formula to stand out. The most successful instances have been when the genre is combined with different styles, such as the western-noir No Country for Old Men (2007), or the superhero-noir The Dark Knight (2008). The tropes are so recognisable that it’s hard to do a completely straight version without drawing comparisons to earlier films. In the case of The Little Things, it’s almost impossible to miss the similarities to David Fincher’s Se7en (1995). From the interplay between the leads to the thematically defeatist tone, very little will be surprising or novel for those even vaguely aware of Fincher’s pulpy masterpiece. Even the production design and cinematography lean into the resemblance.

To be clear, there’s nothing inherently wrong with designing The Little Things as a throwback to earlier classics. L.A Confidential and Shutter Island (2010) proved it can be advantageous to bring back ‘dead’ genres. The key is to re-interpret the original elements through a contemporary lens. We can even look back at the era the genre was typically set and produce a story that comments on the period with the benefit of hindsight. Director/writer John Lee Hancock attempts this trick by setting The Little Things in the 1990s, but there sadly doesn’t seem to be a narrative purpose to this. There’s nothing stopping this story from being set today, making it very clear this script was written as a contemporary piece back in the 90s and just wasn’t updated by the time they shot it.

If the narrative is compelling enough, it doesn’t really matter if the script hasn’t been through a redraft. Lee Hancock has certainly put in the effort, as there’s a genuine attempt to make the journey compelling and eerie. Despite this, the plot mechanics are at odds with the narrative intentions. The characters actions defy what’s been set up, with many of their choices being strange, unmotivated or unintelligent. To be fair, having characters make mistakes, do dumb things and act on impulse is an under-appreciated story element, as it can feel unrealistic if people always know exactly what to do. However, these hard-boiled cops haven’t been set up to be impulsive, instead being characterised as exceptionally clever. It’s frustrating to see these supposedly smart people constantly make very silly decisions.

To be fair, this could very well be intentional on Lee Hancock’s part, as the film’s final point is unmistakably nihilistic. This is very on-brand for the noir genre, as it’s unbecoming to force a happy message down a pessimistic stories throat. For instance, The Little Things spiritual predecessor, Se7en, has one of the most effectively downbeat conclusions in cinematic history. The Little Things is going for that same kind of tone, as the resolution is completely committed to being mean, dreary, hopeless and cynical. On paper, the story turns are original, powerful and thought provoking, but the preceding events didn’t appropriately lay the thematic groundwork needed for the downer ending. As a result, the audience is left rather dissatisfied. Additionally, it leaves what’s supposed to be a tense film feeling a bit slow.

At this point, we can turn our attention to the absolutely stellar cast. Denzel Washington, Rami Malek and Jared Leto could carry an entire film all on their own, and they have done so on many occasions. With these three heavy hitters, you immediately expect a level of class and rest assured, you definitely get exactly what it says on the ticket. All three fit perfectly into their well-worn character types, but unfortunately that’s kind of the problem. None of them are doing anything particularly surprising with the roles they’ve been given, which sadly makes their performances feel a little thin. This isn’t the fault of these great actors, as the story only allows them to use their base performance instincts. Malek feels like he’s been directed incorrectly, Leto is left to do a parody of himself and even the legendary Washington can’t elevate the restrictive story. Ultimately, it’s a sad waste of three of the best performers working today.

It is always greatly exaggerated whenever a genre is considered dead. Studios have been saying for decades that Westerns are dead, yet every time a prestigious film like Unforgiven (1992) comes around, people take notice. Sword and sandals epics fell out of favour, but the success of Gladiator (2000) inspired a wave of imitators. It’s never impossible to reignite interest in older genres, but something new must be brought to the table. The Little Things may be a solid recreation of past neo-noir thrillers, but it can’t quite light a new spark.

Best way to watch it: It’ll make you miss Se7en, so just rewatch that instead. 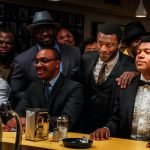 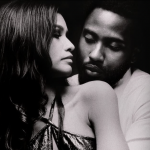