Out of all the iconic auteurs of the last 40 years, none are quite as perplexing as Ridley Scott. To explain it simply, usually you can spot a director’s signature style without even knowing they’re on a project. If you’re watching something with a non-linear structure, analysis of time and a pounding score, you know it’s a Christopher Nolan film. If you’re watching something with chapter headings, conversational dialogue and self-aware references, you know it’s a Quentin Tarantino film. From Spike Lee, to Martin Scorsese, to Sofia Coppola, nearly all superstar filmmakers have their stamp. Ridley Scott is unique, in that he has delivered many classics, yet none of them are remotely similar to each other. Alien (1979), Blade Runner (1982), Thelma and Louise (1991), Gladiator (2000) and American Gangster (2007) all feel like the work of a powerful auteur, yet none of them feel like they came from the same mind. Enter, The Last Duel (2021), the latest in Scott’s eclectic body of work.

Based on the non-fiction novel The Last Duel: A True Story of Trial by Combat in Medieval France, we are taken back to 14th century France, which at the time was ruled by King Charles VI (Alex Lawther). We are introduced to Jean de Carrouges (Matt Damon) who marries the noble lady, Marguerite de Thibouville (Jodie Comer) to secure a land deal from her family. This leads to a dispute with Carrouges’ former ally, Jacques Le Gris (Adam Driver), who has the legal backing of Count Pierre d’Alençon (Ben Affleck). Amidst all this, Marguerite reveals that Le Gris has raped her while Carrouges was on a trip to Paris. Knowing that he’ll never win a trial against Le Gris, Carrouges demands a trial by combat, thus letting God determine if Le Gris is indeed guilty of the crime. However, should Carrouges lose, it will be ruled that Marguerite made a false accusation, resulting in her execution.

To clarify the explanation of Ridley Scott, there are times when he has returned to a particular genre or style. However, unlike Scorsese or Fincher, Scott has never successfully returned to a genre. Across five or six films, Scorsese has created a complete picture of the gangster epic, but Scott gave his all with horror, science fiction and ancient epics in Alien, Blade Runner and Gladiator respectively. Once he’s said what he needed to say about a given genre, any attempt by him to return to it is usually met with disappointment. You need only look at Kingdom of Heaven (2005), Robin Hood (2010) or Exodus: Gods and Kings (2014) to see how unsuccessfully he attempted to recapture Gladiator’s triumph. From this perspective, The Last Duel is something of an outlier, as it represents Scott’s first successful return to one of the genres he helped define.

The key to The Last Duel’s success is its focused realism. For comparison, Gladiator is a grand and operatic story which could feel at home on the Shakespearean stage, whereas The Last Duel feels far more grounded. We get all the sweeping vistas and spectacular battles, but none of it is geared towards an escapist cinematic experience. There are many sequences with the sole purpose of showing us little historical details, all of which subtly highlight how things have changed over time. Things come together once you realise that the depicted social values which held these outdated practices as normal are the same social values causing systemic problems today. This is tied to the film’s main narrative theme, which is effectively a criticism of female objectification and misogyny.

With that in mind, the way Scott chooses to unfold the narrative is both a great cinematic gimmick as well as a means of tapping into contemporary discussions. Namely, The Last Duel takes inspiration from Akira Kurosawa’s Rashomon (1950), showing us multiple perspectives of the same events, thus allowing the audience to see where the truth lies. While we’ve seen this format before, Scott lets subtle changes in acting, camera and editing tell us how the points of view differ, which definitely gives the film plenty of rewatch value. From the obvious differences to the tiny differences, you could spend hours combing through The Last Duel and still find new details. It’s almost like Scott has delivered a medieval detective drama with the audience acting as the detective.

As is to be expected, a story structure which re-plays the same series of events can feel a repetitive. Even if it’s the third time we are seeing a certain sequence, it plays out as if it’s the first time. While this can make the first half drag, it does also enhance the fun of clue hunting. Regardless, attentive viewers will have already figured out what will be different long before it comes around. Therefore, you may find yourself checking your watch waiting for the big climax. It’s not a huge issue, seeing as the climax does indeed feel like an event by the time it comes around. The titular last duel is not only one of the best action sequences you’ll see all year, but possibly one of the best of Scott’s entire career. Even if you know the true history of this story (thus knowing the outcome) you still feel the unbearable tension.

With a richly detailed script and clever direction, it’s unsurprising The Last Duel has a strong cast. Matt Damon and Ben Affleck co-wrote the screenplay (with Nicole Holofcener), so it stands to reason there would be two major roles for the pair. Damon does fine work as Carrouges, even if some of his intonations feel out of place in this medieval setting. Affleck might be in the running for a Best Supporting Oscar with his turn asCount Pierre d’Alençon, a special kind of creep who is devilishly conniving yet undeniably watchable. Adam Driver is appropriately seedy asLe Gris, but it’s Jodie Comer who steals the show asMarguerite. It’s with her nuanced performance that we truly feel the themes of systemic oppression, which will hopefully translate beyond its medieval presentation.

There are few filmmakers out there with the freedom to deliver these old-fashioned, grand scale epics. Ridley Scott is one of the last remaining auteurs with this kind of power, and he has used it to deliver one of his best efforts in years. The box office tells us The Last Duel has sadly been ignored, but hopefully its artistic success is still enough to encourage the epic drama genre to come back in regular rotation. 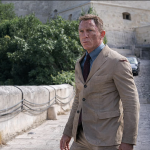 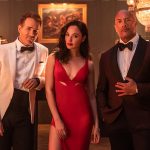