It is becoming more and more difficult to pull off historical epics convincingly. We can create massive battles and recreate period accurate landscapes with a bit of help from our computers, but there is some magic lost in the process. I’m sure that one day a computer generated historical past will be as awe-inspiring as Lawrence of Arabia (1962), but for now, thousands of real extras in real breathtaking landscapes is still the ticket. The realism doesn’t just add to the epic scale, but it raises the emotional stakes for the heroes at the centre, as the weight of the world is literally felt. David Michôd’s The King (2019) appropriately makes sure the audience feels that weight, resulting in a competent epic that occasionally flirts with greatness, which in this case is both exciting and frustrating.

Set in the 15th century during the Hundred Years’ War, The King follows the story of King Henry V with Timothée Chalamet from Call Me By Your Name (2017) in the role. Following the death of his father and despite not wanting to be King, the young Prince of Wales takes the throne and leads the English forces to war against the French at the Battle Of Agincourt. Happily, Director David Michôd who brought us the modern masterpiece Animal Kingdom (2010) proves to be the perfect fit to bring this story to vivid life. Michôd’s poetic direction and cinematographer Adam Arkapaw have created a beautifully bleak world. The sets, costumes, armour, swords, and siege weapons leap off the screen. Michôd and Arkapaw even shoot the punishing fight scenes in gorgeous wide angles, allowing us to see and feel every moment. The combat itself is choreographed with a decidedly ungraceful edge, really adding a fresh layer to the cold brutality of warfare (I don’t think I’ve seen people bring so many fists to a sword fight).

As a King who is both repelled by and sucked into that cold brutally, Timothée Chalamet as King Henry V proves to be perfect casting. Chalamet has only been in the spotlight for a few short years now but has already established himself as a great leading man. His King Henry V is contemplative, merciful and vindictive in equal measure, giving a nuanced performance that would impress Daniel Day-Lewis. In most epics it is the supporting performances that hog the screen, but this is unquestionably Chalamet’s show. Considering that the majority of the runtime is dedicated to lengthy discussions surrounding themes of kingship, loyalty and warfare, it’s great to have a captivating performance be at the centre of all these complex themes, especially since it does get incredibly repetitive.

That’s not to say the other performances aren’t worth mentioning. Sean Harris and Ben Mendelsohn are on hand with suitable levels of gravitas. The always dependable Joel Edgerton (who also co-wrote the screenplay with Michôd) does great work as King Henry’s drinking buddy turned military advisor, Sir John Falstaff (loosely based on the real life John Oldcastle). Edgerton’s performance adds to the epic tale by providing both mild comic relief and a perspective of moral justice from the common man. The rest of the King’s council are all shades of the same tyrannical perspective which all blend together at times. The biggest question mark is surprisingly Robert Pattinson as The Dauphin. Since ending his run on Twilight (2008-2012) Pattinson has successfully gone out of his way to show his range as a performer. Sadly his work here does not rank among his best, as his French affectation is not only questionable but could be perceived as historically insulting to some.

While there is a lot of fascinating history to be found here, Michôd opts to adapt William Shakespeare’s play instead of actual history. Staying clear of historical accuracy doesn’t affect the quality of the actual storytelling per se, but it has stirred some controversy amongst historians for its villainisation of France and for potentially giving the wrong impression of King Henry’s motives for war. Some historians have made the claim that Henry is portrayed to be more noble than he actually was. Michôd does indeed create a sympathetic portrait of the King and his exploits (just as Shakespeare’s fictionalised play does), but we are given the opportunity to question the validity of these ‘sympathetic’ motivations and his acts of violence. Michôd is a smart enough filmmaker to know there’s nothing sympathetic about condemning people to have their heads cut off.

Even with the film’s complex characterisation, it does struggle to justifying the 140 minute runtime. After hooking us in with an incredibly powerful opening, it does take a little too long to build on its initial premise of this boy becoming a King. To be fair, this is clearly a deliberate and mostly acceptable choice, as Michôd doesn’t want to spoil the famous Battle Of Agincourt by tiring us out with many intense battles.

However, filling the screenplay with endless minutiae such as battle tactics, royal lineage and morals of warfare, does become tiresome. Strangely, there is not as much meat on this story as there ought to be. Sometimes it feels more like an extended episode of Game of Thrones (2011-2019) than an epic drama. An episode of Television can take its time without hurting the pace of the overall piece as there’s always the next episode to share the load. With film you only have the audience for a couple of hours, so pacing The King like a TV show creates a feeling of emptiness instead of fulfilment.

Even with it’s fair share of story, pacing and historical issues, The King does end up being a pretty good epic. For what it lacks in varied storytelling, Chalamet’s performance and Michôd’s direction more than make up for it – the thematic weight mostly justifies it’s various inaccuracies. The King may not have redefined the genre, but it is a valuable stepping stone back to the truly great epics.

Best way to watch it: Sitting between your English friend and your French friend on the couch. 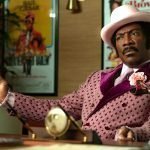 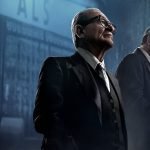