There is a fine line between parody and satire. They are often confused as the same thing, but in truth they are different genres. A parody is a comedic send-up of tropes, whereas a satire uses tropes to ridicule social, societal or political issues. Even though they’re different things, it’s not uncommon for films to merge the two concepts. Recently, horror and thriller films have frequently employed these styles. The over the top nature of these genres allows the satirical point of a story to have a hint of comedy. Blumhouse Productions’ masterpiece, Get Out (2017) is a prime example. Director Jordan Peele was able to deliver a highly thrilling, bitingly satirical and deliriously funny film, managing to convey his message clearly without beating the audience over the head. With Craig Zobel’s The Hunt (2020), Blumhouse wants to recreate this same magic trick.

The story centres around a random group of individuals all having woken up gagged in a forest. They meet in an open field where a massive wooden crate stands. Inside the crate is a baby pig dressed in human clothes and lots of guns. Once armed, they realise what is happening: they have been kidnapped by wealthy liberals intending to kill them all for sport. Each of the hunted has seemingly been picked based on their political and social believes, all of which run contrary to that of the hunters. The hunted and hunters are made up of a notable list of character actors, including Betty Gilpin, Ike Barinholtz, Emma Roberts, Wayne Duvall, Ethan Suplee, Justin Hartley, Sturgill Simpson, Hilary Swank, Glenn Howerton, Teri Wyble, Macon Blair, Amy Madigan, Reed Birney, Usman Ally and J. C. MacKenzie.

This isn’t the first time a humans hunting humans film has doubled as social and political satire. There are obvious examples such as Battle Royale (2000) and The Hunger Games franchise (2012-2015), aswell as recent offerings such as Ready Or Not (2019). Regardless of their individual quality or individual perspective, these films found a balance between natural storytelling and social commentary. Sadly, Nick Cuse and Damon Lindelof aren’t that subtle. The trick is to hide the viewpoints underneath story focused dialogue. Every line and every character interaction is completely stripped of nuance, instead just blurting out what the audience is supposed to take away. It’s arguable that this is part of the style of satire, but it makes for a very dull viewing experience.

A lack of story is the key reason why The Hunt doesn’t fully work. There is a plot, characters make choices and one event leads to the next, but there’s a feeling of emptiness. Nearly every plot moment is entirely motivated by it’s social messaging, meaning there’s not much else to care about from moment to moment. A story should stand on its own two feet, regardless of the belief system. Even when the plot starts to throw in a few interesting (and very clever) twists, they haven’t been built up enough on a narrative level to make an impact. For the audience to feel the weight of events, there needs to be an emotional connection. The emotion can be serious or humorous, it just needs to be built naturally at a storytelling level. Without it, all we can do during these sequences is hang onto the lecture.

To be clear, there’s nothing at all wrong with conveying social and political messages in film, and there’s nothing wrong with the message made in The Hunt. Director Craig Zobel manages to show his viewpoint by sitting on the fence. Zobel isn’t condemning only the left, nor is he condemning only the right. Instead, he is condemning both sides equally, trying to point out that the existence of a hateful political divide is bizarre. Making a stance out of remaining neutral is easy to screw up and hard to pull off. Films like There Will Be Blood (2007) and Dead Man Walking (1995) are successful examples, so it’s admirable that Zobel is aiming high. The issue is that his perspective is made clear after the first 15 minutes. The narrative has nothing to build towards and just hits the same beat repeatedly for the rest of the film.

All seriousness aside, The Hunt wants to make the audience laugh before making them think. This is the core of how to make a satirical thriller work. By getting the viewer to laugh at the shocking ridiculousness, the story and layers linger in the mind. While there are certainly a few laughs sprinkled throughout, nothing puts the audience in stitches. There’s only so many times a cartoonishly gory headshot can make someone laugh. There’s only a handful of gory jokes up its sleeve, resulting in the humour just being kind of juvenile and repetitive. The style of comedy also spoils some of the twists, as every story turn wants to defy the set up in order to get a quick chuckle. It works for the opening scenes, but the viewer gets in tune with this format a little too quickly. Eventually, you’re able to predict nearly every single plot point before it happens.

The saving grace is that Zobel and his team are talented workers who can create a great looking film. It’s silly, it’s gory and it’s gratuitous, but the craftsmanship is topnotch. Darran Tiernan’s cinematography moves with the action breathlessly and creatively. We aren’t just watching these battles play out, we are made an active participant as the camera whips, pans and shifts with every hit, smash and shot. Even with the frenetic motion, every single moment is clear and spectacular without overwhelming the senses. As stand alone pieces of filmmaking, these action sequences are incredibly well handled. Every cast member is game to get their hands dirty, the stand outs being some pretty impressive fight work from Betty Gilpin and Hilary Swank.

Prior to the film’s release, there was quite a bit of controversy surrounding its violence and politics. There has always been politically charged narratives with violent content, but we currently live in a world where there are more perspectives than ever before. The Hunt rightfully intends to challenge these perspectives and give us a thrilling horror-comedy. Sadly, the action fails to be sidesplittingly funny. More importantly, the satire says very little even though it never stops talking.

Best way to watch it: Watch Ready Or Not again. 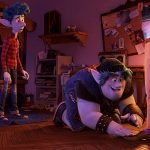