Many have been waiting to see The Russo Brothers achieve cinematic greatness outside the confines of the Marvel Cinematic Universe. To be clear, their achievement in the Marvel franchise is nothing to snigger at, as they delivered four of the biggest and best blockbusters of the last few years, let alone the superhero genre. Following their efforts there, the brothers attempted some dramatic work with Cherry (2021), but that ended up being far from the modern masterpiece it was intended to be. That being said, The Russo’s reputation as an A-list directing team is still forever cemented, so it wasn’t long before Netflix came knocking. With a blank cheque of $200 million, an all star cast including Ryan Gosling, Chris Evans and Ana De Armas, and the rights to a best selling spy thriller, Netflix and the Russo’s have delivered The Gray Man (2022).

The Gray Man introduces us to Sierra Six (Ryan Gosling), a former convict turned CIA operative who is the absolute best of the best when it comes to dangerous, covert missions. After nearly 18 years on the job, Six takes part in an operation which feels a little suspicious, as his target is a former Sierra level agent. Upon apprehending him, Six starts to figure out that the CIA may not be as heroic or righteous as he previously thought. Now a rogue agent trying to uncover the truth, his current superior officer Denny Carmichael (Regé-Jean Page) enlists the violently infamous Lloyd Hansen (Chris Evans) to catch Six. Meanwhile, Six’s former partner Dani Miranda (Ana De Armas) is also working to recover Six and may or may not believe that he is innocent.

In the age of sequels, reboots and superheroes, it’s not often we see a brand new film with such a hefty price tag. Yes, The Gray Man is based on a series of novels and is indeed intended to be the first of a franchise, but the $200 million budget is usually only allowed once the first film proves its worth. Clearly, Netflix has high hopes for The Gray Man, as they are completely committed to delivering the biggest and best spectacle possible. Part of that goal has certainly been accomplished, as The Gray Man’s relentless action is truly something to behold. Nearly every conceivable action set piece has made its way into the film, from bone-crunching fist fights, to explosive car chases, to bombastic shoot outs. The Russo’s are going out of their way to show just how far they’ve come as action directors, throwing everything but the kitchen sink into the mix.

While there’s certainly a high volume of exciting carnage, there appears to be a slight lack of originality to most of it. We’ve seen hand-to-hand combat, aerial escapes and gun fights in exotic locations, so most action films try and deliver these genre staples in visually striking, unique or imaginative ways. Save for a handful of creative set ups, very few of these action sequences rise above the bare minimum we expect. Not only that, but the computer generated effects aren’t hidden particularly well, resulting in a few too many moments which veer into the uncanny valley. To be fair, none of it feels cheap or phoned in, as this is clearly the work of experts and professionals who are the best in their respective fields. More to the point, The Russo’s clearly had the best of intentions and were testing out some innovative ideas.

This is most notable in the camerawork and editing choices, as much of the film’s frenetic energy is created through its motivated cutting and movement. The most obvious example of this is the use of drone footage, which frequently weaves in and around every action beat. The intention is to show us the full scope of the set piece, as we are thrown into high speeds and vantage points that we wouldn’t be able to experience otherwise. It’s certainly a unique choice which adds some visual interest, but it doesn’t really add anything on a narrative level. Sadly, this is true of nearly all the decisions, as it’s all in service of style instead of substance. Sure, it’s unfair to ask a theme park ride for more thematic depth, but even the most streamlined action films manage to find purpose in the presentation.

With that in mind, the lack of narrative interest extends somewhat to the characters, as many of them can’t help but feel a little bland. We are given an impressive cast, all of whom deliver their signature charms, yet we aren’t really given any insight into the characters or their world. The character interactions are enjoyable and the dialogue is pithy, but these characters are fairly interchangeable, with every line of the script feeling like it’s spoken by the same stoic yet sarcastic person. This robs every character of having any individuality, which is probably the major deathblow to the film’s enjoyment. In a large scale spy thriller, we want colourful and exciting heroes and villains, which we sadly don’t get here.

This isn’t to say the cast doesn’t do fine work, as all of these acting heavyweights are clearly having the time of their lives. This is most evident with Chris Evans, who is having an absolute ball shaking off the heroic persona he’s built over the last decade. As such, his turn as Lloyd Hansen is the main element bringing life to the proceedings, which is ironic considering that (from a certain point of view) he’s barely suited to the role he’s playing. Evans has successfully played villains before, yet somehow he’s still oddly likeable despite Hansen being an absolutely reprehensible character on paper. On the opposite end of the spectrum, Ryan Gosling as Sierra Six is given far more backstory, yet very little of it translates into anything genuinely engaging.

All in all, The Gray Man is another example of exemplary talent being slightly mishandled. It has the makings of an action classic, but the pieces don’t come together in a meaningful or affecting way. If there’s anything of value to be mined here, it’s that we still need directing talents like The Russo Brothers and heavy hitters like Gosling, Evans and the rest to try their hands at big budget, fresh properties. On this occasion it didn’t work out, but we should encourage more attempts of this calibre.

Best way to watch it: As background noise. 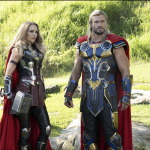 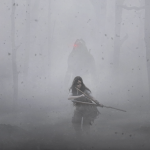