Writer’s note: This is an article about a new version of an old film. Therefore, there will be little restraint on spoilers, as this review needs to compare the two separate releases.

Trilogies are difficult to get right, usually due to the third entry rarely leaving everyone satisfied. Sure, The Good, the Bad and the Ugly (1966), Lord of the Rings: The Return of the King (2003) and The Bourne Ultimatum (2007) are all considered the best of their respective trilogies, but they’re the exception that proves the rule. For every satisfying conclusion, there are twice as many disappointing ones. Films like Star Wars: Return of the Jedi (1983), The Matrix Revolutions (2003), Spider-Man 3 (2007) and The Dark Knight Rises (2012) either didn’t measure up to their predecessors or were genuinely dissatisfying. Regardless, none of them were in the same position as The Godfather Part III (1990), which had the unenviable task of living up to two of the best films ever made.

Directed by Franics Ford Coppola with a screenplay by Mario Puzo, The Godfather (1972) changed everything. No one expected that Puzo’s own lurid novel would be the basis for one of the most powerful, enthralling, complex and artistically groundbreaking stories ever put to screen. The Godfather Part II (1974) is the only thing that has ever replicated The Godfather’s success. These epic films depicted the tragic rise to power of Michael Corleone (Al Pacino), the head of the Corleone Crime Family. The demand for Part III was loud, so naturally Coppola and Puzo tried to conclude the story by showing Michael’s downfall. Upon its release, The Godfather Part III wasn’t enthusiastically received. However, Coppola has now delivered The Godfather Coda: The Death of Michael Corleone (2020), a re-edited Part III which is apparently closer to his original vision.

The Godfather Coda isn’t a completely different film from the original Part III, but is rather a slight re-structuring of it. The main issue with the original version was the overly convoluted plot, which centred on Michael’s attempt to legitimise the family through a deal with The Vatican Bank. It made sense, but it wasn’t communicated clearly and thus was very difficult to follow. This resulted in confusing motivations, which unfortunately diminished the stakes. The plot was based off the fascinating real life Papal Banking Scandal, but there’s not much point in having a fascinating narrative if the film doesn’t explain it. Happily, the re-structure has focused and clarified the things, making the complicated plot almost completely intelligible. There’s still a high level of attention needed from the viewer, but that’s no different from Part I or Part II. There are moments where the pace is a little too fast, but the strengths outweigh the weaknesses this time.

Additionally, the re-structure brings Part III’s tone to be closer in line with the originals. As released, Part III was still unmistakably a Godfather film, but it somehow felt more like an imitation rather than a true sequel. Right from the first major edit, The Godfather Coda aligns itself with the 1972 original, allowing the audience to see and feel subtle parallels between the films. Part III came out 18 years after the Part I, and it’s a fair bet that if this film opened then in the way it does now, audiences would’ve been emotionally overwhelmed by the smart use of nostalgia. This one change reverberates throughout the film, as the viewer can finally see how the trilogy’s narrative pathways led here. Part III no longer feels like an afterthought, instead feeling like a mostly necessary epilogue to this epic tale.

The original Part III’s greatest strength was Michael Corleone’s narrative arc, which covered his self-hatred and regret over his horrific actions. The middle stretch of the film broke away from the main story to have Michael rediscover his humanity. This provided much of the film’s emotional weight, but it also made the story at hand feel mostly irrelevant. Impressively, The Godfaher Coda streamlines the character arcs, thematics, plot and story, making Michael’s humanisation feel like a natural development. This extends to the other emotional arcs, which all mostly coalesce just like how Part I and II did. Consequently, the film’s narrative focus has resulted in most of the thematic complexities being slightly more powerful than in the original version.

With that in mind, The Godfather Coda helps Part III finally stand on its own feet without the aid of the original 2 films. As one piece of a trilogy, Part III functioned perfectly well in concluding the leftover threads, but it didn’t offer much engagement for its new elements. Granted, The Godfather Coda isn’t presenting any entirely alternate story points, but the sublte edits have strengthened the themes of redemption, damnation, cultural identity and family. The Godfather series has always dealt with these ideas, but Part III didn’t fully engage the viewer with anything new to say about them. Thankfully, those artistic layers have been filled with new life, thus the re-edit has made it easier for audiences to grasp almost everything Part III wanted to say.

Sadly it’s not all fixed, as there’s still one story element that’s difficult to stomach. This of course refers to the romantic subplot between Vincent Mancini (Andy Garcia) and his cousin, Mary Corleone (Sofia Coppola). The fact that they’re cousins is still acknowledged and lightly unpacked, but it’s still an odd narrative choice considering it doesn’t serve much purpose. While Sofia Coppola’s directing skills place her as one of the greatest artists in the business, her acting remains a weak link. Thankfully, her performance hasn’t aged too badly, as it’s clear she was working with relatively thin material. Mary works best as a story element for Michael’s journey, resulting in an ending that’s still one of the most devastating in cinematic history.

It was always going to be impossible to magically make The Godfather Part III as beloved as the first two. It’s a well known fact that the originally planned script had to be changed at the last minute, so sadly we will never see the version of Part III that’s also one of the greatest films of all time. Even so, The Godfather Coda: The Death of Michael Corleone finally shapes Part III into something satisfying. The differences may be small and may not change things for some, but Coppola has (at the very least) delivered something that actually feels like a fitting end to The Godfather Saga. Let’s just hope they end it here, because we really don’t need a Part IV.

Best way to watch it: While eating lots of cannoli’s. 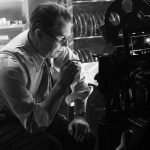 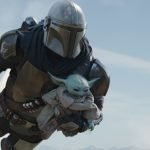