From Iron Man (2008) to Spider-Man: Far From Home (2019), the 23 film behemoth known as the MCU is too big to fail. There are cultural phenomenons like The Avengers (2012) and Academy Award winners like Black Panther (2018), but the Captain America Trilogy is the heart and soul of the entire project. It seemed unlikely that a character who wears the stars and stripes would become a globally beloved superhero, but that’s exactly what happened. There was no jingoism to the portrayal, allowing audiences to connect with a hero who’s righteousness is born from his humanity. As a result, Chris Evans in the role of Steve Rogers is as iconic as Christopher Reeve in the role of Clark Kent. Given the strength of the trilogy, it was a no brainer for Marvel to expand on Cap’s world with The Falcon and the Winter Soldier (2021).

Set directly after the events of Avengers: Endgame (2019), Sam Wilson/The Falcon (Anthony Mackie) and Bucky Barnes/The Winter Soldier (Sebastian Stan) are still reeling from the ‘loss’ of their friend and mentor, Steve Rogers/Captain America (Chris Evans). To make matters even more complicated, the world has changed ever since the Avengers undid Thanos’ scheme, resulting in the resurrection of 50 percent of the world’s population. Practically overnight millions of people have been displaced, leading to the formation of a terrorist group known as The Flag-Smashers. This rogue militia believe things were better before the great resurrection. In this complicated new world, Sam isn’t exactly itching to become the next Captain America, but his hesitation causes the government to appoint the decorated soldier John Walker (Wyatt Russell) to take up the mantle.

Transplanting Captain America’s side of the MCU to television seems like a logical leap, given that his world is rooted in the spy genre. Granted, plenty of films deal in espionage, but shows like 24 (2001 – 2010), Homeland (2011 – 2020) and Killing Eve (2018 – Current) more than prove the genre truly flourishes when it’s given time to breathe. This is equally true of The Falcon and the Winter Soldier, as the six hour runtime allows for complex character development rarely seen in the film series. This is even more notable considering the heroes here are usually relegated to the B-team on the big screen. Iron Man, Captain America and Spider-Man may be the big movie-stars, but Bucky Barnes and particularly Sam Wilson have become far more relatable and human than their larger counterparts.

This is the main point of genius behind Marvel’s Disney Plus initiative. WandaVision (2021) already proved that lesser heroes can become worthy successors to the throne. Falcon and the Winter Soldier has doubled down on this by telling a story which effectively moves major narrative pieces around the board. We can enjoy the show as a standalone adventure, but that doesn’t stop it from being entrenched in the greater Marvel Universe. The catalyst for the action is directly linked to how Avengers: Endgame left things, and more importantly the conclusion will likely have franchise-wide ramifications. The Captain America films have often carried that same weight, so it’s appropriate for this show to be as pivotal as it is. The main point of difference is that the show’s transformative narrative is rooted entirely in character development, thus leaving the plot mechanics a little thin.

Character focused thematics aren’t a bad thing per se, seeing as it resulted in some of the most emotionally genuine, touching and thought provoking moments we’ve seen from a Marvel property. You find yourself less interested in the action and more interested in seeing Sam fix his family’s boat. At this point we’ve seen heroes save people from collapsing buildings time and time again, so it’s rather refreshing to see what happens when heroes go home. Granted, you’re still going to get plenty of jaw-dropping action, but you also get to see how life doesn’t automatically get better just because you have super-strength. Sure, Riami’s Spider-Man lived and breathed this concept, but The Falcon and the Winter Soldier cleverly depicts its characters in the same way a war film would show how veterans are abandoned in peacetime. Not to mention that some inescapable social issues are (rightly) brought to the forefront.

As mentioned, the intense focus on character does leave some aspects of the plot feeling a little neglected, particularly the villains. To be fair, the Flag Smasher isn’t exactly the greatest villain in Marvel’s pantheon, so it stands to reason that Karli Morgenthau as portrayed by Erin Kellyman didn’t exactly stand out. Kellyman is a fine young actress with Solo: A Star Wars Story (2018) proving she can make a positive impression, but she has been let down by a character who isn’t very compelling to begin with. There was definitely a notable attempt to make Karli a tragic figure, but her goals, motivations and plans don’t come together nor do they aid in making her sympathetic. On the plus side, Karli as the villain was in theory a subversive choice that (almost) cleverly utilised the current MCU landscape.

Happily, there’s a handful of other antagonists who share the load, most notably Wyatt Russell as John Walker and Daniel Brühl as Baron Zemo. Between Sam, Bucky, Walker and Zemo, we were given an enjoyable psychodrama of four people dealing with Captain America’s legacy in very different ways. Between the four of them, we get to see a fully balanced perspective on how people are supposed to live in this dangerous world. The viewer is obviously pointed in the more righteous direction, but that doesn’t stop the show from allowing us to see how the opposing perspectives could be interpreted as equally righteous. This is part of what makes the action so brutally visceral at times, as many punches are filtered through a lens of brutal amorality. If the show focused entirely on this complex back and forth, it wouldn’t have needed the underdeveloped villain plot.

Given how central Captain America is to the MCU, it was always going to be interesting to see how his story would go without him. While there were definitely some teething problems, The Falcon and the Winter Soldier proved there’s still plenty of life left in this corner of the Marvel mega-franchise. The show is keenly aware of that fact, as it has effectively set the stage for future adventures. It’s a minor step down from the Captain America trilogy’s high standards, but at the very least it makes us excited for what’s to come.

Best way to watch it: Take a day off and binge it. 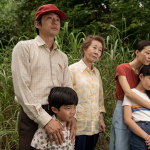 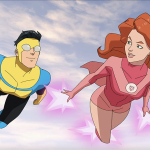