Mystery is one of the most tantalising genres in all of fiction, but it’s also one of the most difficult to get right. Upon entering the cinema, the audience will pay unusually close attention, as everyone wants to say they ‘figured out the twist’ before it’s revealed. You start looking at the cast of characters, trying to discern who will inevitably turn out to be the killer. The challenge is to hide the clues in plain sight, but still make them unnoticeable until they’re needed. When this is done well, the viewer is on the edge of their seat wondering what’s going to happen next. Sadly, many mystery films don’t manage this achievement, instead resulting in viewers waiting for the film to catch up with what they already know. However, director Robert Connolly’s The Dry (2021) successfully transcends the genre’s pitfalls.

Melbourne based federal police officer Aaron Falk (Eric Bana) has returned to his (fictional) home town of Kiewarra to attend the funeral of his childhood friend, Luke (Martin Dingle-Wall). This is a rather grim goodbye, as Luke allegedly killed his wife and child before turning the gun on himself. The local authorities and community at large is sure it’s an open and shut case of murder-suicide, but Falk is asked by Luke’s grieving parents to look into the matter further. Falk has personal reasons for digging deeper, as the tragic death of another childhood friend Ellie (BeBe Bettencourt) has remained unsolved for several decades and may be connected. This forces Falk to conflict with many of the townspeople, while also confronting his own past.

In most cases, mysteries are often conflated with thrillers. As such, it has become a common expectation for mystery films to be exciting, explosive and action-packed. In truth, mysteries are a very different animal, especially if you look at genre defining classics like Chinatown (1974) or The Third Man (1949). These are psychologically contemplative films, much more about their characters, thematic complexity and artistic layers. This is the tonal choice made with The Dry, and it pays off in spades. Whereas most movie detectives question the witnesses about the plot related details they saw, heard or did, Aaron Falk questions everyone based on their thoughts, feelings, wants and needs. It’s arguably the most empathetic detective investigation ever put to film, as you find yourself invested in learning about these people’s lives, as opposed to actually putting the facts together.

This may sound like it gets away from the main point of solving the murder, but this is actually the film’s greatest strength. Alfred Hitchcock once said that a film’s plot is “the thing the audience doesn’t care about”, and The Dry proudly takes that statement to heart. The community of Kiewarra is a living, breathing place, as nearly every side character is highly memorable and motivated by believably relatable stakes. At the best of times, the dialogue, blocking and direction communicate these stakes with extreme subtlety, adding surprising layers of nuance you may not have seen coming. Making the background characters all share equal levels of nuance has the added effect of hiding who the antagonists are, meaning you’re already emotionally engaged in the villain’s story long before their true intentions are revealed.

While the empathetic storytelling does create nearly unprecedented intellectual engagement from the viewer, the actual solution to the plot is relatively simple. This isn’t necessarily a bad thing, as the basic plot easily allows for the film to focus on intense contemplative depths. Even so, this does sometimes result in moments where the audience is ahead of the twists and turns. During the moments where the characters inevitably have to try put the facts together, the expected red herrings are followed despite the audience not being tricked by them. This plot structure is all perfectly functional, but it’s the one genre trope the film doesn’t fully transcend. Happily, it’s not a fatal issue because even the necessary plot focused detours greatly add to the thematic power.

Consequently, there’s quite a lot to unpack on a narrative level. Much of it is of course imported from Jane Harper’s 2016 source novel, but the artistic strength of this adaptation is a testament to the storytelling talent of Robert Connolly. He has crafted a satisfying discussion around how truth and lies affect the lives of ordinary people. This theme is wonderfully conveyed through many story motifs, all of which tie together cleanly and cleverly. The drought ridden town being the most prevalent, as we get to see a world of lies and half-truths paralleled with a world bereft of water and rain. Connolly has near complete command of his storytelling craft, using every tool at his disposal to get at our heartstrings. Cinematographer Stefan Duscio even uses the landscape itself as an effective narrative device.

Unsurprisingly, a film with this much subtle emotion needed an actor of considerable talent to shoulder the weight. Thankfully, the team hit the motherlode with Eric Bana, who also co-produced the film. Across his nearly 30 year career, Bana has proven there’s very little he can’t do, as he can expertly be charming, funny, intense, tormented, relatable and inspiring. He has displayed all these compelling emotional states and more, sometimes in the same role. Across films like Chopper (2000), Black Hawk Down (2001), Troy (2004), Munich (2005) and many more, it’s clear that Eric Bana is a consistent bright spot in whatever project he’s in. This is true of his work here, as he puts all his incredible skills to use in every scene of the film, not unlike Jack Nicholson in Chinatown.

Even at their best, most mystery films can be pretty emotionally passive. The characters spend most of their time just coldly sifting through the information until they figure out what’s going on. That’s thankfully not the case with The Dry. Robert Connolly is a director who deeply understands people, doing everything possible to ensure we connect with the drama on a psychological and emotional level. With that in mind, The Dry is a career highlight for all involved and a welcome return to form for the genre.

Best way to watch it: Before listening to ‘Under The Milky May’ by The Church on repeat. 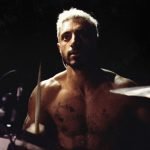 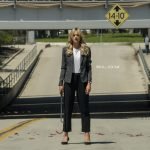