When a genre reaches peak cultural ubiquity, it will inevitably become an object of satire. For instance, films like Blazing Saddles (1974), Galaxy Quest (1999) and Shaun of the Dead (2004) weren’t lost on viewers, as they had complete knowledge of conventional Western, Science Fiction and Horror films. A genre need to be universally understood for a postmodern analysis to ring true. Therefore, it was only a matter of time until superhero stories were picked apart in film and TV. There’s no shortage of superhero satire, as things like Watchmen (2009 – 2019), Kick-Ass (2010), Umbrella Academy (2019 – 2020) and Doom Patrol (2019 – 2020) have flooded our screens. With an every growing list of titles, it’s becoming harder and harder to make new observations about the superhero genre. This was the issue facing Amazon Prime’s The Boys. Happily it has hit it’s stride with an impressive second season.

We are reintroduced to Hughie Campbell (Jack Quaid), Billy Butcher (Karl Urban), MM (Laz Alonso), Frenchie (Tomer Kapon) and Kimiko (Karen Fukuhara), a rogue CIA group hellbent on bringing down Vought, the corrupt corporation responsible for the creation of a popular band of superheroes known as The Seven. The sociopathic leader of the group, Homelander (Antony Starr) has just discovered the existence of his son, a product of his sexual assault on Butcher’s wife, Becca (Shantel VanSanten). This has made Butcher more intent than ever on bringing Vought and Homelander down, which isn’t going to be easy with the arrival of new super powered threats like the villainous Stormfront (Aya Cash). Additionally, the member of The Seven known as Starlight (Erin Moriarty) is constantly looking over her shoulder due to her position as a double agent for The Boys.

In case there’s anyone out there not familiar with this show, it must first be made abundantly clear The Boys isn’t suitable for children. This is no more apparent than with its shocking violence, which never fails to find new ways of making the viewer gasp in horror. The first season certainly got off to an incredible start, but it did sadly hit a wall in how far it was willing to. That’s not the case here, as the brutality keeps topping itself with new and inventive sequences. Just when you think the show won’t cross a certain line, it always does. Amazingly, the depravity doesn’t feel gratuitous, as it constantly shows us the depth of the characters evil or desperation. In many cases, the shocking moments manage to stride the line of being sidesplitting funny due to how extreme it gets. It’s a very tough line to walk as it could be offensive or distasteful, but The Boys finds ways to make it all feel narratively purposeful.

For all of its recent maturation, the superhero genre is still most easily categorised as a family friendly power fantasy. A child naturally looks at characters like Superman, Batman and Wonder Woman as sources of inspiration. There may be elements that cater to older audiences, but the genre mostly maintains its altruistic worldview even in its darkest form. However, The Boys takes the power fantasy and strips away the altruism. The superhero analogs in this show aren’t power fantasies for children, as they instead live out literal power fantasies for their own selfish needs. While this sounds similar to the analysis in Watchmen, The Boys is less concerned with a government’s abuse of power than it is with an individual’s abuse of power.

This isn’t to say there’s nothing being said on a grander scale. The Boys also directs its analysis towards how corporations can abuse their power, which is both fascinating and hilarious when put through a superhero lens. There’s more than a few allusions to the omnipotence of the genre itself, as these so called “superheroes” are merchandising opportunities first and heroes second. The entertainment business has been irreversibly changed by superheroes for better or worse and it’s important to acknowledge this is in a delicate fashion. The idea of actual superheroes as a physical manifestation of the business itself, allows the point to be made in an interesting and fun way without feeling heavy handed. Season Two has its franchise analysis rooted in current trends, whereas Season One felt like it was making points that other superhero media already made nearly 20 years ago.

This isn’t to say that all of Season Two smooths out Season One’s rougher edges, as the main political allegories still feel out of date. Terrorism, military action, paranoia, public safety and discrimination will always be issues worthy of discussion, but The Boys‘ narrative sometimes struggles to unpack these themes in a contemporary way. If anything is lacking, it’s that the politics feels more appropriate when applied to the year 2001. This is especially notable considering that the best superhero films of the early 2000s were able to find much more powerful things to say about the era in far more subtle and intelligent ways. However, it’s not a deal breaker because the plot, story and action is still engrossing even with the metaphor removed. Subsequently, there are plenty of jaw dropping story turns that push the political context to greater storytelling depths. If anything, these thematic points are effectively used to further develop the thoughts, feelings and actions of the principle characters.

The characters are by far the show’s greatest strength, as there isn’t a single weak link. For all of its shocking violence and propulsive plotting, most of the runtime is spent developing the characters in wonderful and captivating ways. The nuance is so pronounced that you will go from hating a character, to feeling sorry for them, to hating them again. That may sound like a contradiction, but The Boys understands that no one is entirely good or entirely evil. To be clear, we are never asked to agree with evil actions, but we are allowed to understand why characters feel like they’re the hero of their own story. It’s rare for a show with this many speaking roles to completely nail the character work, but The Boys successfully breathes life into all of them. Love them or hate them, you know you want to see what they do in the inevitable Season Three.

At this point, you’d think there wouldn’t be much left for postmodern superhero stories to say. For over 30 years, Watchmen has been the deconstruction by which all others are judged, and its unlikely that any will claim its crown. This is especially true when considering that Watchmen’s HBO mini-series was about as perfect a follow-up as you’re likely to get. Even so, if The Boys continues its considerable rise in quality, it may just be a contender for Watchmen’s title. This second season of The Boys is engrossing, surprising, powerful, emotional, funny and expertly crafted. 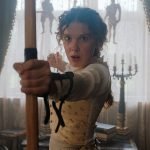 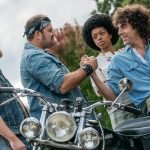