We’re seeing more and more often that the best filmmakers are those who take their time between projects. Directors such as Tarantino, Scorsese and Fincher usually have three to four years between films, which is really not that long. This frequency ensures audiences are consistently aware of their personal ‘brand’. However, this can result in stagnation, as audiences can become desensitised to the filmmaker’s tricks, meaning they aren’t as excited as they could be. It’s more thrilling when directors take larger breaks because it makes their old style feel new again. In the best cases, the extended breaks may provide directors the opportunity to sharpen their tools. Martin McDonagh has proven this many times, doing so again with The Banshees of Inisherin (2022).

Set at the tail end of the Irish Civil War, we are introduced to lifelong friends Pádraic (Colin Farrell) and Colm (Brendan Gleeson), two seemingly simple men living a simple life on the (fictional) Irish Isle, Inisherin. At the end of every day, Pádraic collects Colm from his beachside house and the pair drink the night away at the local pub. One morning, Colm strangely ignores Pádraic, travelling to the pub on his own, and sitting away from Pádraic once there. The entire community is mystified by this, as everyone knows that Pádraic and Colm are practically inseparable. After Pádraic confronts his wayward friend, Colm reveals very calmly that he simply doesn’t like Pádraic anymore, deciding that he doesn’t want to continue their friendship. Pádraic is taken aback by this unceremonious breakup and is determined to find out why it has happened, but his incessant badgering of Colm results in dire consequences for both.

Right off the bat, it’s clear that McDonagh is testing the limits of cinematic stakes. In storytelling, it’s commonly accepted that the central conflict be big, exciting and high energy, lest the audience become bored or disengaged. From his work in In Bruges (2008), Seven Psychopaths (2012) and Three Billboards Outside Ebbing Missouri (2017), McDonagh has proven to be a master with unconventional (yet highly effective) premises. With The Banshees of Inisherin, McDonagh’s narrative experimentation has caused him to break the most hard and fast rule of storytelling, yet in doing so has proven there are no hard or fast rules. From the word go, we are right there with Pádraic, wondering how an apparently airtight friendship could end so abruptly. Consequently, the unfolding drama (and comedy) surrounding this bizarre catalyst is shockingly captivating.

This works because every single viewer can relate to the unmitigated shock of having their best friend randomly drop them, whether they’ve actually experienced that or not. If that were to happen to you, it would be strange, confusing, surprising, upsetting and darkly comedic once the truth all comes out. McDonagh taps directly into these fears, thoughts and emotions, managing to keep the drama achingly real even when things go completely off the rails. Even at its most outrageous moments, McDonagh is able to make it feel completely believable, which is especially impressive considering things take very dark turns. The secret to McDonagh’s success is his understanding that breakups of any kind may not be as destructive as any actual war, but they certainly feel like they are. In a way, it makes the background inclusion of the Irish Civil War feel very thematically calculated.

Evidently, The Banshees of Inisherin ends up being McDonagh’s most contemplative, introspective and heartbreaking work. Given the film’s focus on interpersonal connection, McDonagh develops all of the characters in equal measure. While the majority of the action covers Colm and Pádraic, McDonagh’s tight script gives every character their due. Amazingly, we are given complete understanding of their individual desires, as well as their feelings about every other player. McDonagh is the best in the business when it comes to building a living, breathing community, but he takes a major leap here and provides sympathetic motivations for everyone, whether they’re heroic or villainous. This aids in keeping things interesting even when the pace slows to a crawl, as there are so many character interactions to invest in.

The Banshees of Inisherin goes to some very sad places, yet McDonagh maintains his signature side splittingly dark comedy. From the dialogue, to the staging, McDonagh keeps the laughs frequent even as things become bleak. Interestingly, the humour never undermines the heartbreaking moments, and those moments never impede the humour. There is a perfect balance of tones, which is impressive considering how depressing many of the story turns are. The humour actually enhances the drama, as the light touches make the dark sequences more powerful. This mixture ensures these characters don’t feel like cartoons, instead feeling like real human beings. Real people laugh just as often as they cry, so it’s important to have dark subject matter allow for humour. Thankfully, McDonagh understands that the stronger the laughter is, the stronger the drama is.

While McDonagh’s direction and script elevates the film to incredible heights, it wouldn’t work at all without a top-notch cast. Seeing Colin Farrell and Brendan Gleeson back on screen together is like a dream come true, and their chemistry creates undeniable cinematic gold. On an individual level, both actors give the best performances of their entire careers, so expect plenty of awards attention coming into the new year. Impressively, the rest of the cast bring their A-game and more than match the highs of Farrell and Gleeson. Kerry Condon and Barry Keoghan deliver incredible work as Siobhán and Dominic respectively, practically stealing the entire film any time either of them are on screen. Rarely do we see an entire cast give career defining work, but The Banshees of Inisherin may end up being a landmark piece for all involved.

When all is said and done, The Banshees of Inisherin has the potential to become a modern classic, just like all of McDonagh’s previous films. Despite his nearly 20 year career in film, The Banshees of Inisherin is only his fourth feature, clearly showing that time is an ally. Whenever McDonagh returns to the screen, we can be sure we’ll get something interesting, special and unique.

Best way to watch it: Counting the fingers on your hand (watch the film… you’ll see). 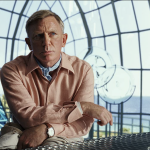