Since the early 2000s, no director has been more beloved than Christopher Nolan. Known for his use of practical effects, complex plots and mind-bending thematic concepts, Nolan has basically become the thinking man’s Michael Bay. That may not sound like a compliment, but it actually means that Nolan creates massive blockbusters with care, intelligence and artistic craft. With successes like Memento (2000), Insomnia (2002), The Prestige (2006), The Dark Knight (2008) and Inception (2010) under his belt, it can sometimes be difficult for his newer entries to live up to the hype. Depending on who you ask, each of his recent films were either Nolan’s latest masterpieces or his latest disappointments. Regardless of the different opinions, there’s always anticipation for his next entry. With that in mind, we now come to Tenet (2020), the most hyped (and debated) film of the year.

We are introduced to the unnamed Protagonist (John David Washington), a CIA operative who engages in dangerous combat missions. During a particularly hazardous hostage situation, the Protagonist witnesses a mysterious masked man firing a bullet in reverse. This leads to the discovery of Tenet, a spy organisation intent on stopping an impending apocalypse. The mastermind behind this plot is the Russian oligarch Andrei Sator (Kenneth Branagh), who is harnessing the ability of time reversal to his nefarious advantage. The Protagonist, his mysterious companion Neil (Robert Pattinson) and Sator’s wife Kat (Elizabeth Debicki) need to navigate a series of escapes, chases, war zones, espionage countermoves and time itself in order to survive and save the world.

It’s no secret that Director Christopher Nolan has a passion for big scale action crafted with cinematic realism. Unless absolutely necessary, he avoids computer generated imagery at all costs, as he wants to shoot all of his mind-blowing sequences in-camera. He would have shot Interstellar (2014) in a real wormhole if it were physically possible. With that in mind, Nolan’s ability to capture epic sequences with practical effects has never been better, delivering a spectacle that’s sure to make your hair stand on end. The car chases, shoot outs, punch ups and explosions are all thrilling and ferocious, representing a step up in Nolan’s skills as an action director. His previous action sequences often lacked clarity of motion, but thankfully Tenet is perfectly clear, making every moment particularly visceral.

What makes Nolan’s films memorable is how he wraps the action around the film’s central concept. Namely, everyone remembers the jaw dropping truck flip from The Dark Knight, or the revolving hallway fight from Inception. Similarly, Tenet’s science fiction conceit is remarkably realised, providing many amazing examples of Nolan’s signature manipulation of time. It’s a wonderful cinematic trick which elevates the action to staggering heights. The level of detail is so immense that you could probably watch the film 100 times and spot new things. In strictly visual terms, Tenet could be considered a cinematic masterpiece. The visual communication is so precise that it’s one of the only things making the actual plot mechanics clear.

This brings us to the plot itself, which is sadly in need of clarification. Specifically, the audio mix largely favours music and sound effects over intelligible dialogue. This is a complex spy thriller not unlike a Bond film, so there is copious amounts of exposition needed for the audience to understand the story. Nearly all of it is drowned out by the overpowering score, making it virtually impossible to follow what’s going on. Great films like Mad Max: Fury Road (2015) and Days of Heaven (1978) successfully downplayed dialogue to enhance the storytelling, but Nolan struggles to provide narrative context that fills in the blanks. His films have been becoming less and less audible, so this sound mix is annoyingly deliberate. Nolan needed to lift Tenet above the storytelling needs of a spy thriller in order to make his experimental audio work.

Once you see the film in a format where you can hear it clearly, the plot is still a convoluted puzzle. Trying to fully make sense of all the narrative threads may be more frustrating than enlightening. After Memento, The Prestige or Inception, it’s fair to say we’re completely acclimated to Nolan’s complex plotting, but that doesn’t stop Tenet from being very confusing. Nolan earned his place as a genius because of how intricate his previous films were, and Tenet‘s narrative structure still displays his magnificant fifth dimensional mind. Even so, once you put all the pieces together, the plot doesn’t make sense no matter how hard you try. In some cases, it veers into complete nonsense. If you just go with it and try not to think about the sillier aspects, it’s still a thoroughly entertaining spy yarn. This is most evident by Kenneth Branagh, who plays Andrei Sator like an overly theatrical (boarding on farcical) villain from the Bond franchise.

Plot isn’t as important as story, character and emotion. Plot holds things together, but audiences are engaged by a compelling story and an emotional connection to the characters. If we don’t care about the characters and their journey, then it’s very hard to be invested in what’s happening. While the characters in Tenet are performed with an emotional core in mind, very little actually translates. The focus on plot mechanics overshadows the motivations, the emotional arcs and the narrative themes. These characters are in service of the film’s spectacle, but the spectacle should instead tell us about the characters and story thematics. Nolan’s Dunkirk (2017) shows it’s possible to make a great film with plot focused storytelling, but Tenet needed the audience care about these people. Thankfully, John David Washington, Elizabeth Debicki and Robert Pattinson are all very charming, which helps to achieve this goal.

Every cinematic auteur has a film which displays their best and worst traits. Whether it’s Martin Scorsese’s Gangs of New York (2002), Ridley Scott’s Prometheus (2012) or P.T. Anderson’s Inherent Vice (2014), no director has a completely clean record. To be clear, Nolan is still a bold filmmaker who genuinely wants to amaze his audience. Tenet isn’t his next masterpiece, nor is it his latest disaster, but we should still be glad Nolan is brave enough to take big swings.

Best way to watch it: With a hearing aid. 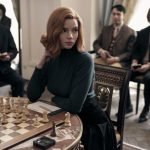 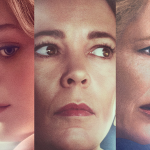