Since the birth of blockbusters, massive franchises have dominated the cinematic landscape. Every year we get countless sequels to long running franchises. On the one hand, you want each new addition to honour what came before, but on the other hand you want something new. No franchise struggles with this more than Star Wars. After 40 years of history and 10 feature films, Director, JJ Abrams brings us The Rise of Skywalker (2019). Having already rebooted the series with The Force Awakens (2015), Abrams has the unenviable task of wrapping up the complicated legacy of this franchise. Abrams has crafted a massive epic designed to hit every Star Wars note possible, but he has gone too far in a few places.

Following the controversial events of The Last Jedi (2017), it has been discovered that the evil Emperor Palpatine (Ian Mcdiarmid) is back from the dead, forcing both the First Order and the Rebels into a panic. Rey (Daisy Ridley), Poe (Oscar Isaac), Finn (John Boyega) and the rest of the Resistance begin a quest to locate the Emperor. Meanwhile, Kylo Ren (Adam Driver) is on a similar mission, fearing the Emperor’s return will mean the end of his time as Supreme Leader. As expected from a Star Wars film, there are a series of rescues, escapes, chases, space battles, lightsaber fights and of course a few reveals. It checks all the boxes three times each which will surly delight some fans, but results in a tiring and messy experience.

The most notable success is the striking visuals. These new Star Wars films have set a benchmark for how gorgeous a big studio tentpole can look and Abrams meets that benchmark. From scorching deserts, lush forests, seedy ghettos, dark caves and haunting lairs, it never fails to amaze. Not to mention that the commitment to real sets and practical effects never gets old. Sure, It’s impossible to create some things without the help of computers, but the CGI is intergrated with the reality pretty seamlessly. The insistence on building sets and in-camera effects wherever possible also heightens all aspects including camera work, tone and choreography. These may seem like obvious things, but quality craftsmanship is important due to its rarity, thus making the production feel alive.

Craftsmanship even dictates the staging of each set piece, resulting in varied and imaginative action sequences. Scenes filmed on location have to be creative to illicit the necessary thrills, which means that every action scene filmed against a green screen has to match up. Thankfully, Abrams’ filmmaking style is tailor-made for that. On a scene by scene basis, there are plenty of moments which can only be described as ‘cool’. However, the problem is that none of these ‘cool’ moments are backed up by anything of substance within the narrative. To be fair, the moments of interest aren’t just details within the action, but also include character moments which attempt to heighten the mythic drama. Even though these possibilities for emotional scenes and epic payoffs are provided, it never grabs the audience like it should.

This is due to the entire narrative feeling muddled. Even with it’s two and a half hour runtime, it’s shocking how cramped and overstuffed it is. It moves from one plot development to the next without giving time to think. The breakneck pace results in leaving the viewer incredibly confused and barely able to keep track of how one revelation leads to the next. Sure, this is meant to be an epic story with universe ending stakes, but the audience needs to be clued into what’s going on and what it means. We don’t know what’s going on inside a filmmakers head unless it’s made clear, which it sadly isn’t.

When you actually look closely at the film’s events, many of the story, thematic and character threads don’t satisfy. Those interesting moments do what they can, but nothing gets the audience to care emotionally. It’s admirable to try and send tingles down the spine with all the callbacks to earlier films, but relying on callbacks is not enough. Without a well structured balance of character, story and theme, most of it feels empty. Sure, this film is part of a series and should be allowed to bank on the emotional leftovers of it’s predecessors, but Abrams begins this story so far removed from where we left off that it becomes difficult to care. The Force Awakens and The Last Jedi built off each other, whereas The Rise of Skywalker shoves in a whole new trilogy’s worth of content.

Changing narrative trajectory this dramatically can provide some intrigue (and has before in Star Wars) but it sadly creates the opposite effect here. Every big moment is written backwards, focusing more on the quickest and easiest way to please fans. While this may make for an entertaining watch, it doesn’t make for an original and memorable experience. Despite all the talented actors who clearly care deeply about these roles, the script’s focus on fan service holds it back from what it could have been. Abrams is a massive fan and it’s great that he’s showing his love for the franchise, but committing to bold directions set up in the previous films would have been appreciated.

Star Wars films never please everyone. In my view, this is because Star Wars as a franchise isn’t about logic, it’s about feelings and feelings are never the same from person to person. Just take a look back at the original films. They didn’t know what they were doing and made things up as they went along. Decisions were made based on what was best for the film, regardless of tiny details within the fictional lore. That’s part of what made them great, iconic and memorable. It’s clear in The Rise of Skywalker that they are still making it up on the fly, but this time they aren’t making choices based on what’s best. Abrams tried to please everyone, but In a series about feelings, pleasing everyone is impossible. 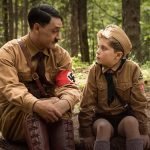 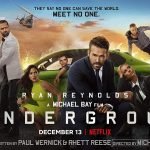