Even with teams of professionals and market researchers, studios can never predict which shows will hit big with audiences. Sure, executives keep green-lighting projects which seem to fit a predictable algorithm, but the statistics used are often misguided. For instance, hyper-violent fantasy epic Game of Thrones (2010 – 2019) was a massive surprise hit, quickly prompting studios to fast-track similarly gruesome fantasy projects. However, the reason for Game of Thrones’ success had more to do with the self-assured confidence in the material and the layered socio-political moral discussions, as opposed to its specific narrative elements. Consequently, no one could’ve predicted that Squid Game (2021) would be the next TV phenomenon, but you can bet that many high-powered people are trying to reverse engineer an answer as we speak.

Set in contemporary South Korea, we are introduced to Seong Gi-hun (Lee Jung-jae), a divorced man who has found himself in debt to dangerous loan sharks. With his ex-wife planning on moving to the USA (along with their young daughter), Gi-hun is desperate to come up with enough money to finally start paying child support. Upon meeting a strange man at the train station, Gi-hun accepts an offer to participate in a mysterious game with a massive cash prize. Along with another 455 struggling debtors, Gi-hun is taken to a strange facility run by an army of mask wearing attendants, explaining there are six games to play in-order to win. The catch: losing any of the games results in the death of the player.

Unsurprisingly, Squid Game has been widely described as a cross between things like Parasite (2019), The Hunger Games (2012) and Battle Royale (2000). While it’s hard to ignore the obvious comparisons, there’s a much deeper source of inspiration key to Squid Game’s uniqueness which is sadly being ignored. Once upon a time, the iconic directing style of legendary filmmaker Stanley Kubrick was immediately recognisable to viewers. Kubrick films were practically a genre of their own, with a style of cinematography, music, set design, performance direction, pacing, dialogue, tension, dark psychological subject matter and pitch black comedy that you couldn’t find anywhere else. Given that it’s been 24 years since Kubrick’s influence was felt, it stands to reason that Squid Game is able to bring back some old ideas and make them new again. It’s a stunningly crafted show, thus keeping you glued to every moment.

There’s no film in Kubrick’s library that has this exact story, but the blood of Kubrick runs through Squid Game’s veins. This is most evident in the narrative tone, which is bursting at the seams with a palpable and unending sense of dread. Acts of violence don’t even need to be happening on screen, yet the viewer is constantly on the edge, looking over their shoulder just like the players in the game. This allows Squid Game to take its time and let the tension fill the room in-between each action scene. Just like Kubrick, sequences play out with a deliberate pace, yet at no point does the engagement drop. To be fair, what actually happens from scene to scene is fairly predictable, as you can easily figure out who’s going to live and who’s going to die (and when). Regardless, just knowing how things will play out doesn’t make the Kubrick-esque story direction any less exciting to watch.

One thing that has been slightly mishandled is how Kubrick’s style negates the need for graphic and gruesome violence. It’s certainly true that Kubrick’s films are famous for their severity, but upon closer inspection it’s clear that most of the violence was implied. The dark narrative themes and grim tone made those films feel more shocking than they actually were, so it wasn’t necessary to actually show gratuitous levels of bloodshed. Squid Game does veer into gratuity one too many times, which can potentially dampen the artistry of the entire piece. Part of that can probably be attributed to the natural escalation of filmmaking, in that depictions of violence have consistently evolved to be more extreme. This is forgivable, as it’s just possible we haven’t yet figured out how to make modern levels of extreme violence (paired with such a dour tone) easy to stomach.

This brings us to the plot itself, which is probably the closest Squid Game has to having an irreconcilable flaw. The rules of the game are explained in great detail, making sure the audience has no reason to question how and why things are the way they are. We are shown how the games work and why the people involved are there, but those rules are frequently and inexplicably defied on a regular basis. If all the set-ups were accurately followed, many of the characters wouldn’t be able to achieve the secretive things they end up doing. This even affects one of the key climatic reveals, which ends up making very little sense when actually lined up with the plot mechanics. In a way, these plot issues further prove Squid Game’s success, as none of them are strong enough to negate the positives.

On that note, it’s impressive that Squid Game’s story complexity still manages to reach thought provoking levels of artistry. Nearly everything that occurs within the narrative successfully prompts a reaction from the viewer, whether that be shock, awe, laughter, heartbreak or confusion. That last point is very important, as there are many moments that are either contradictory or unclear. Even so, this is definitely no accident, as the unclarity leaves room for interpretation and those contradictions make things more interesting. For instance, some characters’ actions don’t fully mesh with their statements, but that dissonance creates extra layers to unpack. Ordinarily, things like this would create holes in thematic construction and character motivation, but in this case it somehow doesn’t feel like a mistake. Even with all the disparate elements, it still arrives at a singular and relatively simple point.

Ultimately, audiences are more aware than ever that normal people can easily turn on each other, and Squid Game has reminded us that such behaviour is evil. For that reason, it makes sense that Squid Game has struck a nerve. Sure, there’s imperfections throughout, but many TV shows and films have been forgiven for far worse cinematic crimes. Having rock solid plot mechanics or completely sound logic is never the reason for a story’s success. The key to a story resonating is always linked to how it makes the viewer feel, and Squid Game has definitely made viewers feel like they understand our world’s collective emotional and psychological pain.

Best way to watch it: While playing marbles and eating Honeycomb. 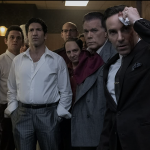 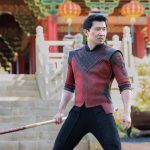 Shang-Chi and the Legend of the Ten Rings (2021) Review