When creating a film about teenagers, it’s important to get the emotions of the teenage experience correct. This may seem like an easy task since everyone has lived through that chaotic period, but teenage-hood is different for each generation. For instance, Rebel Without a Cause (1955) and The Breakfast Club (1985) are great films and were great representations of the teenage experience in their day, but things are slightly different now. Adult filmmakers have to understand what modern teenagers are feeling, which may be different from what it was like for them. Recently, filmmakers like Kelly Fremon Craig and Bo Burnham have succeeded in this task. Brian Duffield manages to make that list with his debut feature, Spontaneous (2020).

Mara Carlyle (Katherine Langford) is an eccentric and energetic teen attending Covington High School. She and her best friend, Tess McNulty (Hayley Law) are living a carefree high school existence with dreams of a happy future. Suddenly, those dreams are dashed when their classmates start to spontaneously explode for no apparent reason. These gruesome explosions can happen to any of the students without warning, which prompts the government to investigate them all closely. This constant uncertainty of when you might blow up inspires Dylan (Charlie Plummer) to reveal his romantic feelings for Mara, which she reciprocates. Even while being probed, prodded and experimented on by the scientists trying to get to the bottom of the explosions, Mara and Dylan make a point of enjoying the unknown amount of time they have together.

There are some areas where the depiction of the teenagers doesn’t feel entirely real. This is due to their cultural discussions and references points being noticeably retro. It’s fun for viewers to see characters internalise famous films or important historical events, but the references are touchstones of older generations. It’s not uncommon for younger people to think and talk like older people, but it can taint the characterisations somewhat and make these children seem more worldly than they realistically should be. To be fair, this is a common issue with many teenage narratives and probably won’t be fully corrected unless filmmakers can literally put themselves into a modern teen’s shoes. While Spontaneous never rises to the level of something like Sex Education (2019-Current), Director Brian Duffield avoids this issue far more effectively than something like Riverdale (2017-Current). Fortunately, the actors are selling the hell out it and thus help make it all work.

Katherine Langford has made quite a name for herself over the last few years. She burst onto the scene in the controversial Netflix drama, 13 Reasons Why (2017-2020) only to then land major roles in critically acclaimed films such as Love, Simon (2018) and Knives Out (2019). Even with such a short history behind her, she is already proving to be one of the most charismatic and likeable leading ladies in recent years. This is especially true here, as she effectively carries the film’s drama and comedy in equal measure. It could have been very easy for the character of Mara to be contradictory, smarmy and selfish, but Langford’s performance makes her complex, charming and thought provoking. She creates a clean connection between the explosive central plot device and the explosive emotions of a hormonal teenager.

With that in mind, it’s important to note the subtle genius in the central concept. Viewers who want definitive answers behind the spontaneous explosions will probably be dissappointed, but ultimately the reason why it’s happening isn’t the point of the narrative. There’s a school of thought that plot is unimportant and is only there to further story themes and character emotions. Duffield has taken that idea to heart in the development of this story, and it mostly works to the film’s benefit. The plot device creates entire sequences filled with shocking and jaw-dropping moments, but more importantly it puts the viewer right into the uncertain headspace of our teenage hero. The plot itself becomes a physical manifestation of the film’s main psychological themes, which makes viewer remember the universal emotions felt by every teenager no matter what generation they’re from.

Even with all the dramatic weight, there is plenty of hilarious dark comedy which keeps things lively and fresh. Duffield doesn’t only convey the comedy through witty dialogue or whacky story turns, but also with every trick learnt from the Martin Scorsese and P.T. Anderson school of filmmaking craft. The whip pans, hard cuts, flashbacks, flash-forwards, forth wall breaks and narration all work together to keep the pace up and the enjoyment high. Thankfully, these comedic flourishes never come across as gratuitous or take away from the narrative drama. Instead, these aesthetic choices enhance the humour and dramatic engagement equally. Not only that, but it also displays Duffield’s directorial skill as well as his ability to juggle multiple tones at once.

For all of its intelligence, thematic power and expert craftsmanship, the story itself does have a few weak points. Once the main threads start to reach their conclusion, things do slow down a bit. The third act wind down is narratively purposeful and does successfully further Mara’s character arc, but there is a sense that it’s just killing time until the credits roll. This is another common default in stories about teenagers, as the characters generally enter a state of perpetual depression when the narrative hits the low point. This isn’t to say the story shouldn’t address darker moments in great depth, but those dark moments should still provide significant engagement for the viewer. However, it’s not a huge issue because the thematics and character development still function and lead to an emotional climax.

Films like these are generally referred to as coming-of-age stories. When these films work, they connect very deeply to the audience as there is something very comforting about them. That comfort usually comes from the characters relatable humanity. We see our own youthful development reflected on the screen, which makes us realise it’s okay to not have all the answers. Even with a few imperfections, Brian Duffield’s Spontaneous lives up to those aspirations by being fun, funny and emotionally complex. 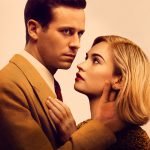