The horror genre has given us a diverse range of classics such as The Exorcist (1973, Halloween (1978), Alien (1979), The Shining (1980), The Thing (1982), Evil Dead II (1987) and Silence of the Lambs (1991). Fear is such a malleable emotion, making it an easily applicable theme across all kinds of stories. One sub-genre of horror which has recieved a lot of attention since the early 2000s is the so called ‘Splatter’ genre, which turned mainstream following the success of the cult hit, Saw (2004). Despite being a sillier escapade than what it thought it was, Saw‘s low budget constraints gave its many notable flaws a certain charm. That charm wasn’t present in any of the subsequent sequels, making it an unbearable chore to sit through many of them. Regardless, Twisted Pictures is trying to keep the franchise alive with Spiral: From the Book of Saw (2021).

Set some time after the events of the main series, hard-boiled detective Zeke Banks (Chris Rock) is acting like a one man army in his fight against crime. There’s not a single other policeman he trusts, and he is under tremendous pressure to measure up to his father Marcus Banks (Samuel L. Jackson), a former police chief known for his no-nonsense attitude towards policing. Things are upended with Zeke when his friend and fellow detective is found dead in a gory scene very reminiscent of the infamous Jigsaw killer. This sets off a brutal chain reaction of police murders, as all the clues seem to be tailored towards taunting Zeke. Meanwhile, Zeke is partnered up with a new rookie, William Schenk (Max Minghella), who has been dreaming of being a policeman since he was a boy.

The question likely to be on everyone’s mind is ‘how closely does Spiral adhere to the Saw formula’? Basically, does the film revolve solely around convoluted and gory traps? In a word, yes, but the perspective has changed. Most of the Saw films kept the action pretty close to the murder contraptions, while having the investigative angle as a background detail. That format is flipped here, as there’s a lot more attention paid to police work and clue hunting. In theory this should make the mystery element actually engaging for the first time in the franchise’s history, but instead it just highlights how light-weight these plot is. The attempt is to add new layers to the Saw universe, but it just makes Spiral a dull gore fest for fans and a thin cop drama for non-fans.

From a certain point of view, the Saw franchise has always felt like Se7en (1995), if it was from the perspective of the murder victims. Se7en was a bleak, dark and terrifying film, but its slower moments and dramatic narrative threads allowed it to exhibit a sense of cinematic class, as well as a rich thematic humanity. Spiral may be the closest analog to Se7en in the entire Saw franchise, but it doesn’t successfully re-introduce the necessary humanity in order to make it work. At its heart, Spiral is still more concerned with delivering stark violence than it is with saying something profound. This isn’t to say that every horror film needs to be a lofty meditation in-order to be worthwhile, but Spiral takes itself too seriously to be enjoyed as a romp.

On that note, Spiral does try to use its new narrative perspective to address some timely social issues. It’s not exactly the most subtle attempt nor is it particularly nuanced, but this thematic element shows that someone in the creative team (probably producer Chris Rock) had their heart in the right place. The main drawback with this dramatic thread is that a splatter film probably isn’t the best venue to discuss these themes, as the messaging can get a little diluted. Not to mention this specific narrative layer shines a light on certain plot points we probably shouldn’t be paying attention to too early, thus making the third act reveal far too obvious. You probably want to hide your clues to the big twists in plain sight, as opposed to spotlighting them.

Much of this could’ve been avoided if the film gave itself time to breathe. At 95 minutes long, the story barely has room to develop all of its character arcs, sub-plots and set-ups. In the space of a few minutes, we see characters go from being total strangers, to dear friends, to heartbroken enemies. There’s always a need to trim the fat and get to the point, but sometimes smaller moments can add emotion, intimacy and investment. Without that, the shocking reveals, character defining moments and violent kills don’t have the appropriate impact (beyond a purely visceral level). Sadly, this breakneck pace even takes away the one thing a horror film should have: scares. Not a single scare works, as they are all far too similar and happen far too close to each other.

At the very least, Spiral is handsomely made, exhibiting striking imagery and appropriately eerie cinematography. As a visual experience, there’s nothing wrong with it per se as the craftsmanship behind the camera is up to standard. There is a tinge of darkness to every frame, matching the film’s dour narrative tone. The previous films in the series maintained that relatively low-budget feel, but Spiral makes a valiant effort to shake that perception. With a price tag of $20 million, it’s the most expensive entry in the franchise next to Saw 3D (2010), and that money is very clearly on the screen. Between the polished visuals and the talent’s hefty fees, it stands to reason that Spiral could be seen as the franchise’s best attempt to be taken seriously.

It really brings no joy to be this critical on a film that is desperately trying to transcend its own franchise’s traps (no pun intended). There is absolutely nothing wrong with trying to be more, and that effort should be praised. The issue is that Spiral needed to do more in order to break free and become its own entity. Sadly, many of its ‘unique’ features only highlighted the weaknesses in its own construction and the franchise as a whole.

Best way to watch it: For free when it comes to streaming services. 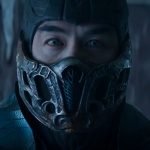 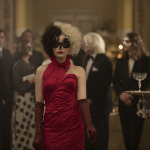