Once upon a time, independent films didn’t exist. Sure, there have always been small films, but they were generally still funded by big studios and would be released along side a slate of massive blockbusters. Outside of those, many low-budget films didn’t have a chance at becoming big hits. It wasn’t until the surprise successes of Quentin Tarantino’s Pulp Fiction (1994) and Kevin Smith’s Clerks (1994) that independent cinema really showed its potential. For nearly 30 years, the indie scene has been growing, as there’s a lot more attention paid to the film festival circuit than ever before. It’s even a regular occurrence to see these little films get funded by the ever growing number of streaming services before going on to Oscar glory. This will probably be the case for Darius Marder’s Amazon Prime Original, Sound of Metal (2020).

We are introduced to Ruben (Riz Ahmed), a heavy metal drummer in a two person band with his girlfriend, Lou (Olivia Cooke). The pair are living from pay cheque to pay cheque, as they drive to their gigs in an RV. Things take a pretty dour turn when Ruben discovers he is suffering from a severe case of hearing loss. Due to his constant exposure to loud noise, he has permanently damaged his ears. He is a creative man who loves his craft, so naturally hearing loss is the worst possible thing that could happen to him. After consulting a few doctors, Ruben discovers he can get implants which will restore his hearing, but he needs to keep working (and therefore keep drumming) in order to pay for the treatment. In the meantime, Ruben is taught how to be deaf by Joe (Paul Raci), who unlike Ruben believes deafness isn’t a flaw in need of repair.

Storytelling is at it’s best when there’s a perfect marriage between a character’s desire and a character’s obstacle. When that union happens, tension, drama and the audiences sympathy is easily conjured. Happily, Sound of Metal‘s brilliant concept lands directly in the bullseye, as the very idea of an avid musician going through hearing loss is arguably a stroke of genius. However, it’s not enough to just hang the drama on the conceit, and happily director Darius Marder knows how to keep us invested. Having previously written The Place Beyond The Pines (2012), It’s no surprise that Marder masterfully delivers a story with minimalist yet believably powerful emotion. Most importantly, he never allows that emotion to feel cheap or saccharin. Tonally speaking, Sound of Metal almost feels like a companion piece to the equally powerful The Wrestler (2008).

It’s not just the tone that deeply connects to the viewer, as Marder’s script is wonderfully rich with narrative detail. Many films often feel like the lives of their characters begin when the film starts and end when the credits role, but that’s not the case here. Ruben, Lou, Joe and the rest all feel like they’ve had fully fleshed out lives prior to their appearance in this story. This is achieved through simple yet nuanced dialogue, which gives us many glimpses into who these people were and who they will become. The attentive character work isn’t just limited to the main players, as even the minor background characters are written with noticeable traits, likes and dislikes. It’s even more impressive when considering that large stretches of the narrative are mostly silent, as characters often communicate via sign language.

With that in mind, it’s important to note just how sensitive Sound of Metal’s portrayal of deafness really is. It could’ve very easily been over-the-top, obnoxious and cringeworthy, but Marder ensures the discussions regarding the hard of hearing are handled with honesty, realism and objectivity. This isn’t exploitative, but rather a complex humanisation. As far as Ruben’s character arc goes, it’s a classic tale of want versus need. Sure, you may figure out very early how it’s all going to end, but that doesn’t make the journey any less humbling. Not only do we get to see Ruben’s journey, but we get to hear it as well, as the brilliant sound editing and sound mixing gives us a window into his new existence. It’s a sobering experience that really makes the viewer think about their own privileges and challenges.

Much of this comes down to Riz Ahmed’s captivating performance as Ruben. Over the past few years, Ahmed has been building quite the resume, appearing in Nightcrawler (2014), Jason Bourne (2016), Rogue One (2016) and Venom (2018). While he has often been a standout character actor, nothing holds a candle to his work here. Ahmed creates a man who is tormented, self-destructive, emotionally vulnerable and sympathetically hopeful. It’s not an easy character to pull off, as he could’ve easily come across as ignorant, annoyingly stubborn and belligerent. Even so, Ahmed’s relatable energy makes Ruben a character worth investing in. If nothing else, Sound of Metal will surely be a showcase for Ahmed’s talents and will definitely net him many Best Actor nominations and awards.

Regardless, it’s not entirely perfect, as there are one or two kinks in the film’s structure. There are clear delineations between acts one, two and three, making the film’s narrative feel slightly segmented at times. Granted, the story moves from one moment to the next without much issue, but you can kind of feel the cogs turning whenever we enter a new act. This is mainly due to each act focusing on specific things. It’s perfectly functional and keeps the film pretty streamlined, but it does force the viewer to mark the time which can be distracting. Happily, the main thematic through line keeps the film from feeling like three 40 minute shorts that have been stitched together. As far as defects go, this is a minor complaint, especially since the viewer rarely loses interest in what’s happening.

Coming into a new decade, it’s exciting to see just how original, powerful and engaging many smaller films are becoming. We’ve been through a never ending era of reboots, remakes, blockbusters and so on. While that’s not likely to end, it’s starting to feel like the little guys are getting a fighting chance. If Sound of Metal is anything to go by, we’ll be seeing a lot more of these interesting, captivating and small projects get their deserved attention.

Best way to watch it: Ironically, with a good surround sound system. 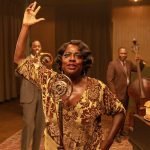 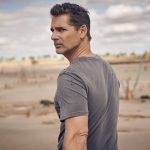