This is part 6 of an 8 part series discussing the production, influence and overall quality of the modern live-action Batman films. With The Batman (2021) approaching release, it’s the right time to take a look back at how we got here, examining the highs and lows of Batman’s cinematic career.

The success of Christopher Nolan’s Batman Begins (2005), may have successfully restored the franchise’s dignity in the eyes of many fans, but it didn’t restore Batman’s position as a cinematic phenomenon. It had been nearly two decades since Tim Burton’s Batman (1989), yet none of the films since had managed to recapture the same cultural fever. Batman wasn’t the only on-screen superhero anymore, so it was becoming harder for him to stand out amidst the consistent stream of Spider-Man, X-Men and other franchises. However, there was something in the air following Batman Begins’ release, as if people could sense the inevitable sequel would be a true event film. Warner Brothers and Nolan himself could sense this too, so they took it upon themselves to capitalise on the audience’s growing interest in Batman, both in a corporate and creative sense.

The challenge at hand wasn’t lost on anyone, as the entire creative team knew that Batman Begins set a relatively high bar as far as narrative was concerned. Regarding its relationship to the established Batman brand, the previous film took a number of creative risks, but Nolan, writer David S. Goyer and the rest couldn’t just play the same hand a second time. The goal was clear, as Batman’s famed arch-villain, The Joker, had of course been teased at the end of Begins, but avoiding popular villains is part of what made that film so exciting. Not only that, but very few people wanted to take the risk of being negatively compared to Jack Nicholson’s iconic turn as the character. Nolan and Goyer had to reinvent The Joker on film, thus taking inspiration from the iconic comic series, Batman: The Long Halloween and The Joker’s Five-Way Revenge. Additionally, Nolan pressed his team to watch Fritz Lang’s The Testament of Dr. Mabuse (1933) for the purpose of studying and understanding the mind of a truly depraved and terrifying villain.

The inspiration from classic ‘non-superhero’ cinema extended even further, as Nolan significantly drew on Michael Mann’s seminal crime thriller Heat (1995). While this certainly influenced the film’s pacing, tone, scale and visuals, Nolan mainly wanted to deliver a thrilling, menacing and provocative experience, telling a tragic morality tale which was just as much about the city and its people as it was about the main characters. With that in mind, Nolan structured the heroes and villains on a moral spectrum, as Batman, The Joker, Harvey Dent, James Gordon, Rachel and others were all written as thematic mirrors of each other. While this once again made Batman himself feel like a side character in his own film, there was a purposeful complexity to it this time. Namely, The Joker was the story catalyst, the emotional heart belonged to Gordon, Dent had the central character arc, Rachel was the moral centre and Batman was the lens with which we viewed it all.

Given the thematic complexity, the film needed incredible talent in front of the camera in order to make it work. Christian Bale, Michael Caine and Gary Oldman all reprised their roles as Batman, Alfred and Gordon, but The Joker and Harvey Dent were up for grabs. There was some debate as to whether or not the film could sustain the weight of both characters, but Nolan insisted that Dent’s transformation into the villainous Two-Face was the backbone of the film’s entire thematic point. After Matt Damon passed, Aaron Eckhart landed the role, who ended up being the perfect choice for an inspirational force who eventually falls from grace. In contrast, The Joker needed to be fully formed, almost as if he’d emerged with no explanation or discernible origin. Australian actor Heath Ledger understood this assignment, going to unbelievably extreme lengths both during preparation and on set to create a Joker drenched in chaotic evil.

With the film finally shot and in the bag (now titled The Dark Knight), critics, fans and general audiences waited with bated breath for the first trailer. The anticipation was reaching staggering highs, even resulting in many fans voicing their disdain for Heath Ledger’s casting as The Joker. This was strangely reminiscent of the cultural zeitgeist leading up to Tim Burton’s Batman in 1989, so Warner Brothers struck while the iron was hot with a groundbreaking viral marketing campaign. This took the form of online content which simulated a fictional political movement for the Harvey Dent character, all of which was progressively vandalised by Joker themed graffiti. The teasers, trailers and sneak peaks were carefully drip fed to the public, with each new clip quickly dispelling any doubts in Ledger’s ability. Sadly, the anticipation was marred by tragedy, with Ledger unfortunately passing away before the film’s release. Regardless, it was clear from the press materials that The Dark Knight would be a worthy monument to the actor’s undeniable talent and legacy.

That being said, all that was left was for the public and press to see the film and share their reactions. Even with the carefully managed hype, no one could’ve predicted just how huge The Dark Knight was going to be. Right out of the gate, the film was heralded as the movie of the year, instantly breaking numerous box office records and being one of the only films (at the time) to have reached $1 billion globally. This was the kind of success which the franchise hadn’t felt in nearly 20 years, but this ran deeper than the dollar value. Nolan’s film was not only considered a substantial phenomenon above its predecessor, but was immediately seen as a modern classic, as many critics named it as one of the best films of the decade and a strong contender for Oscar glory. While the Academy bias against genre films did preclude it from receiving Best Director or Best Picture nominations, Heath Ledger’s posthumous performance deservedly won Best Supporting Actor, making The Dark Knight the first (and still only) superhero film to be awarded outside of the technical categories.

The Dark Knight’s impact affected more than just the box office, as it quickly became an artistic discussion piece (with many of these debates persisting to this day). Given the political climate in which it was released, many critics interpreted various story points as either an endorsement or condemnation of counter-terrorism measures, drawing parallels between the characters and real life figures. This wasn’t an accident, as Nolan and co have often talked about how the film is a commentary of how well intentioned change causes things to get worse before they get better (symbolised by how Batman’s existence incites conflict from The Joker). As far as Nolan and Warner Brothers were concerned, the consistent analysis of The Dark Knight indicated that Batman’s popularity was now forever omnipresent.

With The Dark Knight reaching levels of mainstream popularity previously thought to be unattainable, the initial effects of Batman Begins on the film industry were amplified. Countless studios and filmmakers have been bending over backwards trying to replicate The Dark Knight’s signature, some successfully, many unsuccessfully. Ultimately, this has resulted in the film being widely considered the yardstick by which many superhero films are judged. Even though there have been films since (and before) The Dark Knight which either matched or exceeded it, the initial impact has cast such a shadow that many refuse to admit anything has measured up. The unbridled passion The Dark Knight received is of course inspiring, but it wasn’t long until it started becoming toxic. 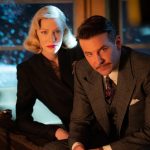 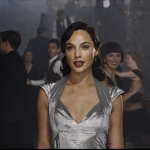