This is part 4 of an 8 part series discussing the production, influence and overall quality of the modern live-action Batman films. With The Batman (2021) approaching release, it’s the right time to take a look back at how we got here, examining the highs and lows of Batman’s cinematic career.

With Batman Forever’s box office success, the studio wasted absolutely no time in green-lighting a sequel. Director Joel Schumacher wanted to delve into the character’s darker aspects, but Warners Brothers made a huge profit from the cartoony direction, meaning Schumacher was mandated to continue down that path. With the promise that he’d get his wish time, Schumacher did what was required of him and began preparation on Batman and Robin (1997). While it’s true that the previous entry’s creativity was mostly governed by brand requirements, it paled in comparison to the mandates imposed on this latest film.

The corporate interests of the series took a dramatic shift with Batman and Robin, with the focus shifting from box office receipts to toy sales. Warner Brothers’ accounting department determined that the film’s ultimate success would rest on the merchandising, so all the creative decisions were to be dictated by that. This was far more extreme than just arranging a Happy Meal tie in, as the costumes, gadgets, props, and vehicles were designed by the toy manufacturers. This put a strain on the production designers, costumers and builders, forcing all of their creative work to fit within the confines of a corporate term coined during this time: ‘Toyetic’. Consequently, the plastic feel and neon colour scheme of Batman Forever was amplified to a level that even the cast and crew found bizarre.

Casting the film was equally strained following the departure of Val Kilmer from the Batman role. The story changes depending on who you ask, but it basically boils down to the fact that Schumacher and Kilmer failed to see eye to eye on the previous film. Kilmer was apparently expecting a callback, yet Schumacher had no intention of working with him again. After an extensive search Kilmer was eventually replaced by George Clooney, who was at the time a leading actor on the popular medical drama, ER (1994 – 2009). With Clooney’s input Batman’s characterisation took a very different turn, as it was his opinion that a middle-aged, wealthy playboy and industrialist who moonlights as a superhero shouldn’t be so depressed all the time. The character’s childhood trauma and mental duality was heavily downplayed, resulting in a Batman who felt more like a daytime crime fighter as opposed to a mysterious creature of the night.

With that in mind, the supporting cast was a picture perfect lineup of the 1990s biggest stars, regardless of whether or not they fit the role. Alicia Silverstone was hot off her iconic role in Clueless (1995), so jumping into the role of Batgirl seemed like a no brainer. Similarly, Uma Thurman and Arnold Schwarzenegger’s casting as Poison Ivy and Mr. Freeze respectively was just as calculated, as these decisions were made to give the film the most lucrative star power possible. The only outliers were Chris O’Donnell and Michael Gough as Robin and Alfred, as they were reprising their roles from the earlier film. This A-List cast certainly did garner plenty of attention, from both the film press and the industry itself.

All of these production elements made Batman and Robin the talk of the town, prompting media coverage which was unheard of even by Batman standards. Various news outlets and magazines were pulling all kinds of strings trying to secure set visits, while countless directors, movie stars and other film workers would be doing the same. The fever around Batman and Robin was so immense that it seemed like everybody wanted to be a part of it. The only people who weren’t thrilled to be involved in the production were the actual cast and crew, all of whom felt that genuine storytelling was taking a back seat to the film’s business interests. The studio’s mandate for it to be a toy commercial was so prevalent that Schumacher had to loudly remind everyone to be as cartoony as possible before every take.

Upon the film’s completion, the studio was readying itself for (what they believed) would be one of their biggest hits of all time. The accountants had done their calculations and the creative output had been so carefully micromanaged, all with the express purpose of turning Batman and Robin into the ultimate cash register. However, all of those calculations failed to prepare them for what would become one of the biggest backlashes in cinematic history, as Batman and Robin was met with scathingly negative reviews from critics and audiences. Not only was the film a monumental flop, but it was immediately heralded as one of the worst superhero films ever made, as well as one of the worst films ever made. The carefully crafted toyetic approach and the overly silly tone was meant to be the golden ticket, but ended up becoming the very thing Batman and Robin was hated for.

The backlash reached such levels of vitriol that certain unrelated elements fed into some audiences members analysis of the film’s failings. Namely, certain viewers equated Schumacher’s status as an openly gay man to be the reason Batman and Robin didn’t work. This sadly created a perception that films shouldn’t include any hint of camp, as many would claim that such a tone would immediately ruin any film’s legitimacy. Obviously, this is not true as camp is a perfectly acceptable tone in artistic circles, but these surface level readings of Batman and Robin hurt cinema in ways which we are only now recovering from. Thankfully, many viewers are now realising that Batman and Robin’s camp lens isn’t the reason for its lacklustre quality, instead recognising that its tone is part of what makes the film enjoyable or watchable at all.

Even though opinions have (marginally) softened on Batman and Robin (mostly due to Joel Schumacher having apologised for the film), the immediate response was to put the franchise to bed until a new approach could be figured out. The film’s box office failure even made the industry believe that superhero movies were dead, so it was going to take a major success story in order to resurrect the genre. Only a few years later, the relatively grounded Blade (1998), X-Men (2000) and Spider-Man (2002) film’s prompted renewed interest in superheroes, which in turn gave Warner Brothers insight into how to bring back Batman. 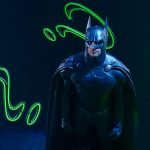 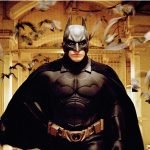