This is part 3 of an 8 part series discussing the production, influence and overall quality of the modern live-action Batman films. With The Batman (2021) approaching release, it’s the right time to take a look back at how we got here, examining the highs and lows of Batman’s cinematic career.

The unexpected backlash towards Batman Returns (1992) led to Warner Brothers and Tim Burton mutually deciding to part ways. There clearly wasn’t too much bad blood, seeing as Burton remained attached as a producer. After an extensive search for a new director, Burton himself eventually handpicked Joel Schumacher, who’d had previous success with The Lost Boys (1987) and Falling Down (1993). Unlike Burton, Schumacher actually was a fan of the comics and was keen on doing a darker, more realistic and grittier take. However, he didn’t get his wish seeing as the studio was still shellshocked from criticism lobbied at the previous film’s darker aspects. Schumacher may have been contractually obligated to deliver a film contrary to what he wanted, but he was still intent on delivering a memorable experience.

It’s easy to dismiss Batman Forever as a rejection of traditional Batman. While many critics and fans prefer the darker interpretation, it’s unfair to say that Batman was never light, colourful or campy. Most Batman media takes inspiration from a specific era in the character’s history, and this film is no exception. Schumacher had a deep affection for all things Batman, including the whacky adventures seen in the Adam West TV show, as well as the comics from the 1950s – 1960s. Seeing as his task was to create a lighter and more kid friendly film, evoking the colourful sensibilities of those earlier products was a no brainer. This Gotham City was no longer a combination of 1940s noir and gothic atmosphere, but instead a neon filled metropolis with opulent anatomical structures all over the place.

Schumacher’s world was far more of a live-action cartoon than Burton’s, affectionately leaning into the cheesy dialogue and over the top performances. Following in the tradition of Burton’s films, there was more attention paid to the villains than the heroes. In this case, Tommy Lee Jones as Harvey Dent/Two-Face and Jim Carrey as Edward Nigma/The Riddler. Casting these two was a huge indicator that the studio’s business decisions were still affecting the creative decisions, as they were the most sought after actors at the time. Carrey had become a massive box office draw the previous year, whereas Jones was highly regarded following his Oscar win for The Fugitive (1993). Billy Dee Williams had specifically taken the role of Harvey Dent in Batman (1989) in order to play Two-Face, but the studio wanted the same level of acting credibility they got from Nicholson’s Joker.

While on paper this was a good idea, they didn’t account for the personality clashes it would create. Carrey and Jones famously didn’t see eye to eye, which made for a difficult working environment. Not only that, but Jones had little respect for the role, which is evident by his performance being an impression of Nicholson’s work. Carrey on the other hand relished the opportunity to play The Riddler, performing the character with his energetic brand of comedic overacting. Even though the Batman films seem to be dictated by the villains, the hero should be of greater importance. Sadly, Michael Keaton had no interest in reprising the role due to his dislike of the new film’s lighter tone and cartoony style. Following an extensive search, Val Kilmer eventually landed the coveted role.

Kilmer’s performance was not as enthusiastically received as Keaton’s, but his characterisation of Bruce Wayne reveals some of Schumacher’s more dramatic intentions. In-between the enjoyably nonsensical plot and campier line deliveries, Schumacher uses Kilmer to add some surprisingly nuanced layers to Batman. Even though this is technically the third film, Schumacher used this opportunity to reintroduce Batman’s inner turmoil. Granted, the narrative theme is communicated with a rather weak plot involving repressed memories, but the resulting character development puts Batman in a place we rarely see. Schumacher didn’t want his Batman to continue this depressed crusade out of obligation, but instead out of choice. What little character development Batman Forever does provide, it allowed Batman the chance to find acceptance in what he is, essentially allowing the character to grow up.

It’s surprising that such a light film would allow for Batman to change this much, but it makes a lot of sense considering the studio’s hope for the franchise. If Batman is no longer mentally fractured and is crime fighting because he wants to, then he could continue appearing in films forever (as the title implies). This meant that the time was right for Batman’s famous sidekick, Dick Grayson/Robin, to make an appearance. After all, why have a long running franchise if you’re not going to cast an up and comer to take it into the future? There had been discussions in the previous films of how to include Robin, but they decided to leave him out. Marlon Wayans was even cast as Robin in Batman Returns, but was dropped prior to filming. Many young actors including Leonardo Di Caprio, Mark Wahlberg, Matt Damon and Christian Bale tried out for the role, only for it to go to Chris O’Donnell.

As a completed piece, Batman Forever feels less like a cohesive film than it does a confection of colourful ingredients. The various plot threads don’t really tell a story, but instead place the characters in scenarios which allow for the vibrant action, goofy one-liners and self-referential comedy. It ended up feeling more like a checklist of things needed in a fun Batman adventure, including the addition of Nicole Kidman as Batman’s new love interest, Dr. Chase Meridian. Regardless of the film’s tonal confusion, Schumacher’s efforts resulted in a film which met the studio’s requirements for brand management. With that in mind, the film was a massive success at the box office and arguably restored faith in Batman.

In the years since it’s release, Batman Forever is widely considered a failure and is highly criticised for its poor storytelling and childish tone. However, it’s important to note that the film was enjoyed at the time and considered a success by many. If it hadn’t been, Warners wouldn’t have pushed Schumacher to venture even further into this campy style for the next film. The child centred focus made the studio see greater potential in Batman’s ability to sell toys, thus Schumacher’s dramatic intentions for the character had to be put on hold one more time. This decision led to a bigger upheaval than anyone could’ve imagined. 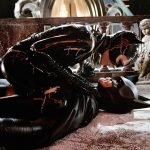 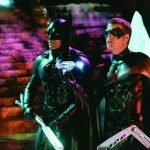