If a filmmaker is to remake a old favourite, he or she should be able to bring a fresh perspective to the material. With that in mind, it’s not a hard and fast rule that a remake is automatically lesser than the original. Films like True Grit (2010), Ocean’s 11 (2001) and The Thing (1982) are all examples of remakes which exceeded the quality of their predecessors. These were greater achievements because their originals were arguably lacking even in their day. Conversely, remaking a masterpiece rarely turns out well, as proven by Gus Van Sant’s version of Psycho (1998). Even so, that film’s failure hasn’t stopped filmmakers from trying to replicate the genius of Alfred Hitchcock. This now brings us to director Ben Wheatley’s version Rebecca (2020), inspired by the Daphne du Maurier novel and was previously made by Hitchcock into an Oscar winning classic.

We are introduced to the Narrator (Lily James), who meets wealthy Englishman Maxim de Winter (Armie Hammer) while she is working as a paid companion to a stuffy upper class lady. The two meet in Monte Carlo and appear to fall in love. Maxim proposes to the Narrator, making her the new Mrs. de Winter and the Lady of Manderley, the ancestral Manor of the de Winter family. At first the new Mrs. de Winter couldn’t be happier, but she quickly learns that Maxim may still be in love with his previous wife Rebecca, who has been deceased for a year. Everyone around her, including the housekeeper Mrs. Danvers (Kristin Scott Thomas), reminds Mrs. de Winter that she is nothing compared to Rebecca. This leads Mrs. de Winter down a path of psychological obsession as she tries to unravel the mystery of what made Rebecca so important.

It’s not entirely fair to only compare this film to Hitchcock’s 1940 original. Daphne du Maurier’s Rebecca has been adapted many times to both TV and the theatre since it’s publication in 1938, so it’s not like Ben Wheatley is committing cinematic blasphemy by readapting this story. There’s plenty of recent films to suggest there’s still worth in redoing classic stories over and over, as shown by Bradley Cooper’s forth iteration of A Star is Born (2018) or Greta Gerwig’s magnificent Little Women (2019). To that end, Rebecca is no different to Shakespeare plays, in that this story is not owned by one person anymore and is therefore allowed to have many interpretations. Thus, Wheatley has put the other version out of his mind and treats the material as if this is the first adaptation.

The novel is unique for it’s blend of romance, mystery and gothic fiction, which Wheatley clearly enjoys bringing to vivid life. The opening act is a gorgeously crafted love story which spares no expense in showing the extravagant beauty of Monte Carlo. Wheatley’s presentation of the events is enough to convince the viewer of the characters building romance even when the narrative itself fails to do so. After such a tender build up, the tone shift into psychological drama is effective and mostly keeps us on our toes. The visual presentation of Manderley is appropriately alluring and haunting in equal measure. Wheatley and cinematographer Laurie Rose have created a wonderfully gothic world without needing to sacrifice colour, vibrancy or realism.

Even though the visual craft succeeds, the narrative structure does leave something to be desired. Rebecca may be a love story, but much of the drama is centred around a compelling mystery of an emotional and cerebral nature. While the etherial direction and haunting cinematography can convey a cerebral feel, the story itself needs to unfold in a complementary fashion. Sadly, many of the visual choices have the unfortunate side effect of giving away important plot information long before it’s needed. These choices could be considered foreshadowing, but in this case they really just make the later reveals a little too obvious. Additionally, many subtle yet pivotal character beats aren’t given the attention they need, resulting in the emotional arcs feeling undercooked.

Ultimately, this story is about a young girl consumed by her jealousy of a deceased woman and tries to be rid of her by becoming her. Despite this, every action she takes to be like Rebecca creates a greater rift between her and Maxim. There are other elements which try add more thematic layers and deepen the narrative, but the driving force hinges on the connection (or lack thereof) between Mrs. de Winter and Maxim. While Jane Goldman’s screenplay and Lily James’ performance mostly convey Mrs. de Winter’s descend into jealous obsession, there is a lack of attention paid to the somewhat toxic interplay of the newlyweds. We rarely get a sense of what brought them together, nor what is tearing them apart. There is very little suspense or intrigue, which is a shame considering the story is wrapped in mystery.

At this point it’s impossible to ignore the 1940 original, seeing as the director Alfred Hitchcock is commonly known as “The Master of Suspense”. Rebecca is not a typical thriller, as there’s no traditional action or violence. Most of the tension is communicated through the evocative atmosphere and the psychological mind games. This should be achieved with subtle dialogue and nuanced character interactions, but sadly this version doesn’t make the grade. Outside of the classic moments and famous lines, there is very little subtlety, as everything of narrative importance is conveyed on a large scale. Arguably this is merely a case of updating the material for modern viewers, but overcomplicating certain sequences sadly takes away the logic and complexity. This gets particularly noticeable in the third act when many moments are unrealistically expanded to add “action movie” tension where there logically shouldn’t be.

The frustrating thing is that Rebecca was nearly a good update to the famous story. Ben Wheatley is a talented director, Jane Goldman is a talented screenwriter, and the cast are all talented performers. With this kind of pedigree, Rebecca could’ve succeeded with a few corrections. However, remaking classic material is dangerous at the best of times, so it’s no wonder that trying to beat Hitchcock at his own game is ill advised.

Best way to watch it: If it wasn’t clear, just watch the original Rebecca. 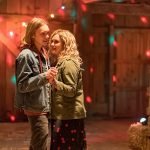 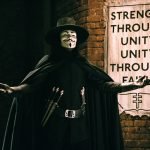