It’s no secret as to why films about people with special abilities are so popular. Essentially, it comes down to letting the audience experience what it’s like to feel powerful. Obviously, every superhero film does this, but there’s more to a power fantasy than just giving the characters magic skills and a cape. The trick to a successful power fantasy is to connect the feeling of that power to a relatable human desire. It doesn’t matter if it’s a dark or light desire, as long as it’s fulfilled through whatever experience the film grants the viewer. The Matrix (1999), Unbreakable (2000) and Limitless (2011) are prime examples. Power fantasies are a lot more common nowadays, and with that comes Project Power (2020), a film which attempts to subvert the genre tropes.

Set in the near future in New Orleans, a shady drug distributor is pushing a new pill called “Power”, which grants abilities to the user for five minutes. This sounds amazing, but a first time user won’t know what power they will have until after they take the drug. Many powers are unpredictable and dangerous to everyone including the user, as people might just spontaneously explode upon taking it. Naturally, there are higher authorities with their fingers in the pie, which is exactly what Art AKA “the Major” (Jamie Foxx) wants to expose. In his pursuit, he comes across a young dealer named Robin (Dominique Fishback) who may be able to lead him to the source, but Robin’s friend and client Officer Frank Shaver (Joseph Gordon-Levitt) is hot on Art’s tail.

The most central element of a power fantasy is character development, so it’s important to make the heroes compelling and relatable. To be clear, the characters don’t need to be blatantly normal in order to make them relatable to everyone, but they do need to be recognisably real on some level. Interestingly, the answer is in the title, as “Project Power” has a fantastic double meaning. In the literal sense, the “Project” part is the name of a plot element, but in a metaphorical sense it’s referring to the fact that the characters come from the so-called housing ‘projects’ of New Orleans. Art, Officer Shaver and Robin all feel wonderfully real as they clearly and appropriately represent people in these communities. When these characters exhibit their abilities (or rap skills), the audience can’t help but feel excited.

On that note, connecting the idea of power to the troubles faced in housing projects is a clever genre subversion. It’s no secret that drug use is a common issue in these places. Therefore, it’s fascinating and strangely insightful that Director’s Henry Joost and Ariel Schulman have related superhuman powers to the feeling of being high. In a way, they are commenting on the momentary feelings of excitment followed by disastrous consequences that both drug use and a desire for power can provide. The various superpowers and subsequent action scenes appropriately convey those disastrous consequences, as none of the powers are flattering or glamourous. These sequences go out of their way to show just how violent the results are, which was the right choice to make this theme work.

Despite the careful construction of the theme and tone, Project Power doesn’t reach those same heights in a number of key areas. For instance, the action scenes may be depicting the appropriate kind of violence for this material, but sadly there is still a lack of cinematic ambition. Action scenes are always complex and require quality craftsmanship to pull off and that’s definitely the case here, but it’s unsatisfying if every action scene in this big superpowered film all take place in a series of underlit hallways. Granted, this is a Netflix film and therefore won’t be seen on the big screen, but there’s still a certain expectation that a feature film’s scale should be greater than the average TV series.

With a compelling narrative, any lapse in spectacle would be easily forgotten. Screenwriter Mattson Tomlin is an up-and-coming talent with some massive projects on the way, including Director Matt Reeves’ The Batman (2021). Given how likeable the characters are and how layered the premise and theme is, it’s clear that Tomlin is a smart writer who has command of his craft. However, the same constraints holding the action back have sadly affected Tomlin’s work and stifled the narrative’s creativity. It’s never boring or slow, but each new scene is more concerned with setting up a new element instead of moving the story forward. This is another symptom of modern films feeling like TV. The intention to create a franchise results in the narrative feeling like a two hour pilot episode instead of a singular satisfying story.

This does have a detrimental effect on the characters themselves, which is a shame considering they are all well conceived. For a little while, we are introduced to each of them separately until they have to interact for the main plot. The issue is that the subsequent scenes of character development don’t get much further than what was established in each introduction. For a while, it feels like we are constantly meeting these characters for the first time. This makes it difficult to buy into their comradery in the climax because we have barely gotten to know them. It’s all well and good to have big plans for sequels, but if the viewer hasn’t felt as though they’ve understood the interrelationships of the heroes when we meet them, it’s hard to be excited the for next time we see them.

Given the current trends in the film industry, it’s unlikely that Project Power’s main flaws will be avoided next time. With that in mind, it’s also important to note that these stumbles aren’t unique to this film, as it’s becoming more and more common for films to feel like extended TV episodes. The irony is that most modern TV shows are so ambitious that they’re rivalling cinematic stories in terms of spectacle and craftsmanship. Project Power has a brilliant concept and many thought provoking layers, but it sadly doesn’t escape modern filmmaking pitfalls. I kind of wish we had gotten this film a few years ago, because it may have lived up to its full potential as the power fantasy analysis it deserved to be. 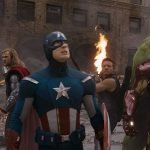 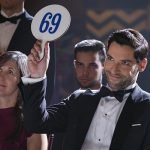