There has been a lot of discussion in film criticism (and even on this site) regarding whether films lose points for borrowing concepts from earlier classics. As with everything, there’s no clear answer since results can vary on a case by case basis. Being the original counts for a lot, but it doesn’t mean that new content can’t come around to match it. For example, Pink Floyd didn’t create psychedelic rock, they just did it better than anyone had before. The same goes for filmmaking, as there are plenty of examples of derivative work becoming original classics in their own right. With that in mind, a commonly reused premise is the daily time loop of Groundhog Day (1993). The latest addition to this sub-genre is Max Barbakow’s directorial debut, Palm Springs (2020).

We are introduced to Nyles (Andy Samberg) a jaded and sarcastic young man waking up next to his vapid girlfriend. The pair can barely stand each other, yet they’re attending the wedding of Tala (Camila Mendes) and Abe (Tyler Hoechlin) together. Also in attendance is Tala’s sister, Sarah (Cristin Milioti) who appears to have absolutely no interest in this wedding, wishing to be literally anywhere else. Sarah is asked to give a speech during the reception, but Nyles bails her out by giving the best impromptu wedding speech of all time. Feeling grateful, Sarah and Nyles get chatting. However, this normal night takes a strange turn, resulting in Sarah waking up in her bed exactly as the day started. She confronts Nyles, only to find he has been stuck in the loop for an incalculable amount of time already.

Whenever there’s such a well worn concept, it’s not easy to come up with an original angle. Director Max Barbakow and screenwriter Andy Siara have found a fresh avenue, thus breathing new life into this narrative. Framing this premise around a love story is not new, but Barbakow and Siara ensure there’s more going on than just forcing the characters to reevaluate their lives. The script raises existential questions about the mind, the heart and the soul. Most impressively, these concepts are subtly fleshed out from three separate perspectives. Siara covers a lot of ground, yet he never overwrites things with unnecessary exposition. Granted, there are moments where the characters talk, but the thematic complexity naturally unfolds.

When stuck in a time loop, you’d get incredibly bored and spend most of your energy trying to escape the boredom. Eventually, the repetition has given you time to master nearly everything, creating more boredom and complacency. This is usually the main plot focus of films in the sub-genre. Palm Springs can’t escape this trope, but it completely avoids complacency as every sequence offers surprising story developments. This includes surreal visual elements, unexpected bursts of grit and unpredictable relationship dynamics. All these aspects give the plot energetic forward momentum, which always keeps the audience on their toes. More often than not, you’ll be picking your jaw off the ground.

Palm Springs isn’t only trying to shock or force introspection. If you strip away all of the complex layers, you’re still left with one of the most hilarious romantic comedies in years. As expected, there’s the usual run of sexual gags, pop culture references, sardonic observations and confrontational slapstick, but all of it is crafted with levels of wit you don’t often see today. The common and easy way to get laughs is to point out irony, but Palm Springs is (thankfully) an irony free zone. Most modern comedies just draw attention to dumb things in their own story and expect the audience to laugh, but Barbakow is smarter than that. He has a keen understanding of how hilariously absurd life can get. As such, most of the jokes simply display what everyone in the audience would do in the same situation as these characters.

With that in mind, it’s amazing how relatable and developed the principle characters are with only 100 minutes to work with. By the end, the audience feels like they know Nyles, Sarah and Roy as intimately as you’d know your best friends. This trick is pulled off by introducing us to the characters while their arcs are already in progress. As soon as we meet them, we get a sense of their history without it needing to be explained. Once the context for each journey is eventually explained, it all feels appropriate. By that point, we’ve already seen the characters at their best and their worst, so learning how they got to this point adds to their humanity. There are moments where we are asked to blindly accept certain traits and abilities, but when characters have all the time in the world to learn a skill, it’s not that difficult a pill to swallow. Additionally, the background characters aren’t quite as fleshed out as the leads, but there’s enough context to fill in the blanks.

What pulls these arcs together is the phenomenally strong cast, which is a mix of television stars and respected character actors. Andy Samberg has been a talented performer for years, even winning a Golden Globe for his work in Brooklyn Nine-Nine (2013-Current). He has made a career out of playing oddly charming man-children with world-weariness they don’t even realise they have, making the character of Nyles fit perfectly into his skillset. Cristin Milioti plays Sarah with self-hatred and a building sense of nihilism, yet at no point is she tiring to watch. Instead, Milioti adds an endearing quality to Sarah which is delightfully infectious. The standout is J.K. Simmons as Roy, who steals the show with only a handful of scenes. J.K. Simmons is arguably the best character actor working today, as he always melts into his roles and seems to have a great time doing it.

It’s never easy for a film to follow in the footsteps of earlier classics, as it can become a target for an overly critical viewer. However, as Roger Ebert once said, ‘It’s not what a movie is about, it’s how it’s about it’. With that in mind, Director Max Barbakow has delivered a modern benchmark for this sub-genre and for romantic comedies in general. Palm Springs is a surprising film which will hopefully delight those who know the time loop formula and will be revelatory for first timers. Whether or not it becomes a beloved classic like Groundhog Day or a cult favourite like Edge Of Tomorrow (2014) remains to be seen, but it does come close to being the new king.

Best way to watch it: Just make sure you’re not holding a drink while watching it… because you might laugh so hard you’ll drop the drink and make a mess all over your new couch. 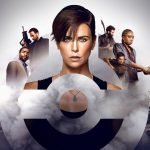 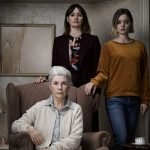