For 25 years, Pixar has been at the forefront of animated films. While beautifully rendered animation is a key reason why, the main explanation for the studio’s success is their ability to merge popular narrative concepts with universal social and emotional ideas. The fun characters and family friendly comedy keeps the kids entertained, but it’s the layered writing and powerful themes which tug on the heartstrings. Toy Story (1995) is about parenting, Monsters Inc (2001) is about professional ethics, Finding Nemo (2003) is about living with disability, The Incredibles (2004) is about acceptance, Wall-E (2008) is about environmentalism, Up (2009) is about ageing and Inside Out (2015) is about emotional maturity. With that in mind, Director Dan Scanlon wants to add to that legacy with Onward (2020) and he mostly pulls it off.

Onward is set in a universe populated by fantasy creatures and magic, but everything has modernised just like our world. We are introduced to a teenaged elf, Ian Lightfoot (Tom Holland) and his brother Barley (Chris Pratt) who live in quiet suburbia with their mum, Laurel (Julia Louis-Dreyfus). On his 16th birthday, Ian is feeling inadequate for never having known his late father, Wilden. Laurel presents Ian and Barley with a posthumous gift from Wilden: a magic staff and spell which will bring him back to life for 24 hours. Ian casts the spell, but something goes wrong causing only Wilden’s legs to appear. A passionate fan of all things magical, Barley figures an ancient relic is needed to finish the spell and sets the brothers on a quest to find it before time runs out.

Pixar’s animation team is so dependable that you’re expecting to be enraptured with every frame. Happily, Onward doesn’t disappoint in creating beautiful visuals. It’s not the most photo-realistic nor is the motion believable, but the entire world is rendered with gorgeous colour and impressive detail. A classical fantasy story works best with a whimsical and dreamlike tone, which Onward easily delivers. Seeing how they cleverly meld ordinary suburbia with otherworldly magic is rather delightful. Pixar has many wonderful worlds, but this is the only one that I want to see more of and learn more about. To be honest, this is partly because we aren’t shown as much as suggested in the opening scenes, but saying that something is ‘so great I wanted more’ is admittedly a paradoxical criticism.

Complementing the animation is an impressive cast, all of whom give voice performances which easily match their live-action work. The standout is Chris Pratt as Barley. Pratt isn’t playing against type, but that doesn’t mean his trademark man-child personality isn’t still infectiously charming. What makes it unique is that his character type is used in the mentor role, making his performance especially endearing. Tom Holland is likeable as Ian, giving a convincing turn as a teenage boy (elf) going through an existential crisis. Holland is used to this kind of role, but he performs Ian with self-reflection instead of sarcasm. The rest of the cast is rounded out by a who’s who of respected character actors, including Julia Louis-Dreyfus, Octavia Spencer, Mel Rodriguez, Lena Waithe and Kyle Bornheimer. All do memorable work with what little they’re given.

The performances are memorable because the characters are well defined. The smallest background characters have recognisable traits and personalities. These specific details are littered in every character’s design, mannerisms and dialogue, adding richness without ever overwhelming the main story. Supporting roles like Octavia Spencer’s Manticore are given fun and interesting moments, displaying surprising layers of nuance. Of course the main focus is the quest involving Ian, Barley and Wilden’s legs. Ian and Barley are very neatly established in the first act, which puts everything in place for further complexity as the story unfolds. Films about brotherly love usually involve feelings of resentment, but Onward rises above this cliché, instead telling a story about support. It’s a refreshing layer of maturity which most live-action films don’t grasp.

The subtle maturity in the thematics is what’s most impressive, as is the case with many Pixar films. A handful of traditionally incompatible narrative ideas are weaved together seamlessly into one cohesive whole. The centre is Ian and Barley’s brotherly connection, but the framework allows the disparate ideas to form a singular analysis of one’s upbringing. Specifically, how an individual is formed from a balance of culture, experience, heritage and mentorship. The simple genius is that the premise lends itself to the narrative arrangement. Scanlon and his team have a talent for seeing the best thematic possibilities from the tools given to them. In its best moments, the viewer will be emotionally touched by the heartfelt depths.

Despite this, Onward is a little shy of perfection as the plot and structure is too formulaic. The various action sequences are a mixture of other adventure and road films like Raiders Of The Lost Ark (1981) and Thelma and Louise (1991). It’s fair to say these are harmless inspirations, but they pile up and negate the tension in key moments. During the action scenes, you sometimes find yourself waiting for the focus to shift back to character. If the obstacles the characters faced were aligned a little closer with their personal journey, Onward would have been a complete home run. It’s not a huge issue as every action beat and character beat happen at the appropriate time, meaning the entire plot is perfectly functional.

It’s getting harder and harder to impress with each new Pixar film. The studio has been the reigning champion of animation for so long that each new film is released with immense levels of hype. I don’t envy director Dan Scanlon, as it’s inevitable that nostalgia for the classics may distract from Onward’s own merits. Regardless of expectations, Onward deserves to be recognised as a worthy addition to Pixar’s filmography and will warm viewers hearts for years to come.

Best way to watch it: It’s a cute road movie, so a drive-in cinema snuggled up with your girlfriend/boyfriend makes sense. 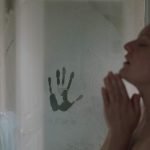 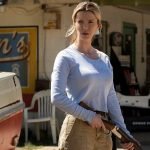