It appears as though historical films based on stage plays are becoming more common. We previously discussed in the review for Ma Rainey’s Black Bottom (2020) how stage-to-screen adaptations can get a little lost in translation, even with their naturally cinematic and nuanced storytelling. In that review, a comparison was drawn to Amadeus (1984), the classic masterpiece based off Peter Shaffer’s play of the same name. What makes Amadeus particularly noteworthy is that it’s also a piece of revisionist history, as it tells a mostly fictional story using culturally important individuals. This may seem like a disrespectful narrative choice, but as long as the significance behind the true history is maintained, the result can be incredibly respectful. This is the case with Regina King’s stunning directorial debut, One Night in Miami (2020).

Set mainly on February 25, 1964, heavyweight boxer Cassius Clay (Eli Goree) has just become the champion of the world after defeating Sonny Liston in a major upset. To celebrate the win, Cassius spends the night hanging out with his famous friends: the singer Sam Cooke (Leslie Odom Jr.), the NFL player and actor Jim Brown (Aldis Hodge) and the activist Malcolm X (Kingsley Ben-Adir). Sam, Jim and Cassius were all expecting to party into the night, but Malcolm has other ideas, wanting to discuss their role in civil rights movement. Sam and Jim don’t take Malcolm too seriously, as his version of a good time is a quiet night in with some ice cream. Things take a turn when Cassius reveals he intends to convert to the Nation of Islam under Malcolm’s guidance. The four engage in a meaty discussion over who amongst them is helping (or hurting) the fight for equality.

Regina King has been a highly respected actor for decades, proving her undeniable talent in Ray (2004), HBO’s Watchmen (2019) and If Beale Street Could Talk (2018). King sits in the director’s chair on this one, and you’d never know it’s actually her first time. The staging, camerawork, production design, editing and overall narrative is so well crafted that she has put many experienced directors to shame. There is a confidence to the storytelling, totally trusting the audience will be engaged in what basically amounts to a two hour argument on moral values. King manages to hold your attention so effectively that you barely even notice most of the film takes place in one hotel room. If One Night in Miami is any indication, King is going to be a defining director of the new decade.

Similar to Ma Rainey’s Black Bottom, One Night in Miami covers a lot of thematic ground through its many dialogue exchanges. Happily, One Night in Miami achieves what the former couldn’t, delivering its complex ideas without needing to break the film’s structure. The narrative builds to its thematic point in a way that feels appropriate and earned, never wasting a second yet also finding room to breathe. This is important, because it allows the viewer to take it all in and develop their thoughts. The layers even feed off each other, as a discussion around Sam Cooke’s music being appropriated by The Rolling Stones can become a discussion about clever business practises. What makes it particularly impressive is that no one argument is declared the winner, meaning every perspective has an equal amount of pros and cons.

Given the social importance of the issues the film examines, it seems like an odd choice to revise certain historical points. Namely, Cassius Clay was actually affiliated with the Nation of Islam a few years before he publicly declared it, but here it seems like he decided on converting during the film’s events. You’d think that compressing such a big life decision into one night would harm the film’s integrity, but King manages to truthfully convey all of the nuanced thoughts and feelings leading up to it. This is also the case with nearly every character arc in the film, as King masterfully conveys the humanity and importance of these historical figures, despite only having ‘one night’ to play with. Most biopics struggle to explain the life and significance of one person over the course of three to four hours, yet King has done it for four people in half that time.

With that in mind, it would’ve been so easy to just base these performances off of their many famous portrayals. With Michael Mann’s Ali (2001) and Spike Lee’s Malcolm X (1992) already being definitive depictions, it’s definitely tough for One Night in Miami to stand out. Regardless, King doesn’t let that stop her, powering ahead with her different (yet just as valid) interpretations of these iconic people. In many ways, King gets closer to the mark than ever before, relying on less recognisable character actors like Leslie Odom Jr., Kingsley Ben-Adir, Eli Goree and Aldis Hodge. These performers literally become their characters, meaning you don’t have to pretend that Will Smith is Cassius Clay/Muhammad Ali or that Denzel Washington is Malcolm X. These are daunting and powerful figures to portray, yet these four actors shoulder that responsibility with relative ease.

However, it’s the film itself that shoulders the greatest responsibility of all, as it needs to be a celebration of black culture as well as a call for continued social change. That’s not easy, especially considering that four people responsible for great social change are the film’s subjects. How can one film effectively thank them for their achievements, while also reminding us there’s still plenty of work left to do? King achieves this goal by bringing these larger than life figures off of their pedestals. We are given the chance to understand their fears and their hopes. We get to see that these paragons of change didn’t arrive fully formed. Ultimately, King has shown us that even the greatest people needed to take a leap of faith in order to achieve greatness.

One Night in Miami is what happens when a filmmaker has something to say. Sure, many films have things on their mind, but in most cases these ‘important’ films only have the pretence of importance. Just discussing heavy issues isn’t enough, as a film needs to deliver its analysis compellingly and competently. One Night in Miami is one such film, as it will leave you with tears in your eyes every time you hear Sam Cooke’s ‘A Change is Gonna Come’.

Best way to watch it: With a big bowl of ice cream, just to show Malcolm X you know how to party. 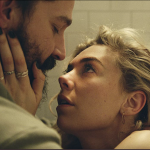