James Bond is without a doubt the most influential spy series, setting the standard for genre tropes like gadgets, one-liners, femme fatales, dastardly villains and doomsday plots. However, Bond and the 007 series is also the perfect crash course in seeing what was popular at the movies. Pick any Bond film from any point in its nearly 60 year run, and you will see the franchise putting its spin on a contemporary trend. After Star Wars (1977) hit the big screens, Bond went to space in Moonraker (1979). When spy films (and Bond in particular) were being spoofed in Austin Powers (1997), Bond wanted to be in on the joke with The World’s Not Enough (1999) and Die Another Day (2002). Casino Royale (2006), the brilliant introduction to the Daniel Craig era, took inspiration from the gritty Bourne Trilogy (2002 – 2007), with the reboot format of Batman Begins (2005) thrown in for good measure. No Time To Die (2021), is less a representation of the modern film industry, but more of an encapsulation of Craig’s run.

Following the events of Spectre (2015), Bond has retired his license to kill, opting to live a peaceful life with Dr.Madeleine Swan (Léa Seydoux). Sadly, violence doesn’t take long to catch up to Bond, as he is cornered by what’s left of Spectre and is seemingly betrayed by Madeleine. Five years go by before Bond comes up for air, as he’s brought back into the fold by his CIA mirror and long time friend, Felix Leiter (Jeffrey Wright). This latest mission involves the kidnapping of a highly classified MI6 scientist, who has engineered a deadly virus which uses nano-machines to kill specific targets en masse. Meanwhile, a mysterious individual named Lyutsifer Safin (Rami Malek) is pulling strings from behind the scenes, intent on getting revenge for wrongdoing done to him by Spectre.

Right off the bat, it must be said that No Time To Die has a headache inducing runtime. This is notable due to the fact that Bond films generally clock in at around two hours long, but this one pushes it to nearly three. Given how fast paced and uncomplicated 007 adventures tend to be, it can be quite a shock to realise you’ll be sitting in the theatre for what feels like half a work day. As the twists, turns, double-crosses and shoots-outs pile up, you will be feeling the length. However, the challenging runtime feels necessary, as there’s a relatively clever and complex plot to unravel, as well as plenty of character relationships and arcs to flesh out. If the Craig era has given us anything, it’s a Bond who truly deserves the time and attention to let his deeper thoughts, feelings and emotions room to breathe.

On that note, No Time To Die successfully manages to take all the thematic points from Craig’s previous Bond films and cleanly compresses them into a singular narrative arc. The Craig series has struggled to find it’s footing as an ongoing tale, yet Director Cary Joji Fukunaga and screenwriters Phoebe Waller-Bridge, Neal Purvis and Robert Wade have found cohesion amongst the madness. They’ve truly understood the fact that this Bond is a man who only wanted to be happy, but is stuck in a world that will only allow him to be a trained mercenary. Bond has always been ‘the right man for the job’ so to speak, but No Time To Die finally makes him the man that’ll do the heroic thing even if it means putting his life on the line (whether he’s paid or not). This is the thematic backbone of the film and fuels its (surprisingly) emotional moments.

Bond himself is more complex than he’s ever been, but he’s surrounded by a myriad of supporting characters whose levels of nuance needed greater balance. Returning characters like Felix, M (Ralph Fiennes), Q (Ben Whishaw) and Moneypenny (Naomi Harris) are perfectly dependable as usual, but new characters such as Safin, Nomi (Lashana Lynch) and Paloma (Ana de Armas) leave something to be desired. Safin serves his function as a creepy, malthusian villain, but he doesn’t reach the necessary heights needed for Craig’s final antagonist. Nomi is positioned as a capable rival, yet she doesn’t serve much purpose following her admittedly cool introduction. Paloma is a completely different story, as she is a vibrant, exciting presence who practically steals the entire film. Sadly, she’s not in it beyond one fantastic action sequence. On the plus side, Madeleine Swan is a more interesting character here than she was in Spectre and finally has believable chemistry with Bond.

Thankfully, these kinks don’t take away from the fun, as there’s plenty of action, thrills, chills and laughs. If there’s one thing we can trust the Bond films to get right, it’s the imaginative and nail-biting set pieces. Like Martin Campbell and Sam Mendes before him,Fukunaga doesn’t settle for anything less than pure, unadulterated spectacle, giving us in-camera stunt work that will surely make you gasp and cheer. There’s nothing here as mind-blowing as Goldeneye’s (1995) bungee jump, Casino Royale’s parkour chase or Skyfall’s (2012) train fight, but No Time To Die still has plenty of varied battles which will surely become iconic Bond moments.Fukunaga achieves this by digging deep into his library of aesthetics, borrowing gorgeous visual tricks he perfected in True Detective Season One (2014). Most impressively, No Time To Die is arguably the first Craig era film to successfully merge the gritty thrills of modern Bond with the cartoony fun of classic Bond.

What really makes No Time To Die work is that it’s the first Bond film with a definitive ending. Sure, Skyfall and Spectre both delivered conclusions, but they felt half-hearted. Whether it makes complete sense or gets there unfettered is up for debate, but No Time To Die leaves absolutely no doubt that this is the end of Craig’s run. With that in mind, the film’s entire narrative is geared towards wrapping up all remaining loose ends. Once you figure out the pattern, it does end up being pretty predictable as to how things are going to shake out. This could’ve backfiredhorribly, but a predictable ending doesn’t necessarily mean it’s wrong. This proves it’s sometimes more satisfying for things to wrap up in a way that makes sense, as opposed to just throwing in twists for their own sake. Fukunaga isn’t trying to outsmart the viewer, instead giving us an ending which the film actually built towards.

At this point, it’s not entirely clear where to go with the franchise. Prior to the Craig era, Bond wasn’t a character, but more of a vehicle for escapism. This made it easy to swap out the actor, as the story continuity barely mattered. Daniel Craig’s tenure is unique for being a self contained story arc, and that story arc has come to a close. When the role is recast, it’s unlikely the studio will just return to the pre-Craig format, as modern filmmaking is all about cinematic universes and serialisation. If they are going to reboot it again, Bond may end up suffering from the same kind of repetition as Batman or Spider-Man. Until the studio can come up with a decent concept for a revival, maybe it actually is time to die and they should let the series sleep for a while. For now, go out on this positive note, and actually let the audience start to miss Bond.

Best way to watch it: With Mum and Dad. Bond is their generation’s superhero after all. 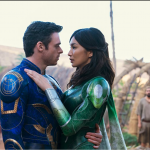 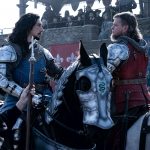