Prior to the Marvel Cinematic Universe, any series which delved so deeply into extended narrative lore would usually have a very niche audience. Sure, Stars Wars practically created the idea of widespread cinematic fandom, but Star Wars’ extended continuity wasn’t widely discussed outside of hardcore fans. Disney has changed all that, prompting every studio to try and recreate their Marvel success with similar extended universes. One such studio is Sony, who owns a small collection of adjacent Marvel characters (all connected to Spider-Man). The box office success of Venom (2018) was the springboard on which Sony kicked off their series, and sadly the results represent the worst possible downside of this whole trend. The downside in question is Morbius (2022).

We are introduced to Michael Morbius (Jared Leto), a respected biochemist who has been living with a debilitating blood disease for his whole life. After becoming world famous for creating revolutionary synthetic blood, he turns his attention to finding a cure for his own condition. Along with his colleague Martine Bancroft (Adria Arjona), Michael discovers a possible vaccine through experimentation on vampire bats. He conducts a covert operation on himself, which cures his disease but only for a short while. During that time, he exhibits super strength, speed, and various abilities reminiscent of bats. Specifically, Michael now has a thirst for blood, and must consume it in order to keep his disease at bay. Realising his mistake, he keeps himself under control with the synthetic blood while he tries to find a way to reverse the experiment. Meanwhile, his best childhood friend Milo (Matt Smith) has the same condition, took the same vaccine, and has no qualms with feasting on real human blood.

If you didn’t know any better, you’d be forgiven for thinking that Morbius is actually ‘Batman’, and that’s clearly what Sony is hoping. The film shows absolutely no effort in trying to hide the fact that they want residual Batman dollars, as entire sequences rip their tone, feel and dramatic intention directly from Christopher Nolan’s Batman Begins (2005). The plagiarism is so blatant that even the music feels like a boring replication of Han Zimmer’s famed score. Even before Morbius came out, audiences were ready and waiting with their Batman jokes, but it’s almost as if Sony thought that by leaning into it they’d avoid mockery. It’s comical just how tone deaf the entire presentation is, as it seems like no one at Sony even stopped to think about what they were doing.

For such a non-effort superhero outing, you’d think the studio would continue to pull from recent successful examples, but strangely Morbius has more in common with the likes of Daredevil (2003), Hulk (2003), Catwoman (2004), Elektra (2005) and Fantastic Four (2005). Outside of a few notable exceptions, the early 2000s was a cavalcade of timid, boring and artless superhero films that were embarrassing then, and are embarrassing now. So it’s rather perplexing to see a modern superhero film take notes from these absolutely pathetic offerings with complete sincerity. There’s no sense of parody to Morbius, as it genuinely wants to recall this worthless time in the genre’s history. At least with the Batman comparison, Sony was looking at well received superhero films to rip off.

Of course, this film wouldn’t be here without the aforementioned Marvel Cinematic Universe, but don’t worry, Morbius does a fine job of falling flat on its face against Disney too. Given that Sony is sharing custody of Spider-Man with Disney, it was only a matter of time before the studio started to poison Marvel’s achievement. By the time the credits roll, you will be in utter shock as to how Sony desperately bullies the viewer into thinking that Morbius and his continued story is one of the necessary Marvel Cinematic Universe arcs. Given how much of a waste of time and brain space the preceding hour and 50 minutes are, it’s insulting, laughable and exhausting. Will Smith may have slapped Chris Rock, but Sony is slapping all of us much harder with this nonsense.

You might have noticed that the film itself has barely been discussed, but that’s because there’s really nothing much to discuss. On nearly every level, Morbius is a disaster as a piece of cinema. From the non-existent characters, disengaging plot, muddled thematics, bizarre pacing and ugly visual effects, the viewer has almost nothing keeping them interested. It gets so problematic that you start focusing on all the little details which usually don’t matter to a film’s success or failure. Every film has so called ‘plot holes’, but when the characters, story and presentation hold your attention, plot holes and nitpicks don’t matter because that’s not what the film is about. If the characters, story and presentation offer nothing, then your mind is going to wander and start focusing on all these little things which always make the film completely unravel.

If there’s a singular saving grace, it’s that Jared Leto is surprisingly not the cause of the film’s narrative issues. In recent years, Leto’s over-the-top performances have been a hindrance more often than not. Amazingly, he does slightly understated work as Michael Morbius, which is a wonderful change of pace for him and also provides brief moments of relief. Sadly, Matt Smith is on hand to deliver one of the most cringeworthy villain performances ever committed to superhero cinema. Smith is a talented actor and deserves far better material than this, so you have to wonder if he lost a bet or something. Adria Arjona, Jared Harris and Michael Keaton are also debased by their presence here, which is a real shame because you just know they could’ve spent their time and energy on a project that actually matters.

I don’t think anyone needed me to tell them that Morbius was going to be a mistake. What I hope is that audiences will realise that its connection to the wider Marvel franchise is a complete con job, and thus avoid it like the plague. Morbius is a not so subtle reminder as to just how awful superhero films can be, and it’s up to us to let the studios know that we don’t want this garbage. If it is a success and leads to more of Sony’s pathetic cinematic universe, maybe it’s a sign that we are being punished for having enjoyed Marvel’s franchise too gluttonously.

Best way to watch it: I have nothing… Just some unfortunate news that the film did rake in a boatload of money over the weekend… So we may have to endure more of this in the years to come… So yes, we are clearly being punished. 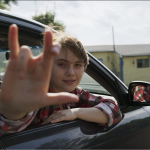 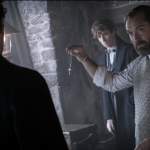