It’s been previously stated on this site there are only a few directors who can create anticipation for a film on their name alone. Directors like Christopher Nolan and Quentin Tarantino receive nearly unconditional love and admiration from audiences and critics. David Fincher is a standout in that crowd, as his overly cynical content is (on paper) very inaccessible to general viewers. Despite this, his hypnotic visuals, uncompromisingly dark wit and staggering narrative detail make his films very accessible. Sure, not every film needs to be for everyone, but even his complex subjects allow entry for the uninitiated. With that in mind, Fincher is the only director remotely capable of delivering Mank (2020), a story which follows the creation and development of one of cinema’s greatest achievements.

Mank deals with the complicated legacy of screenwriter Herman J. Mankiewicz (Gary Oldman) and his involvement in the writing of Orson Welles’ cinematic masterpiece, Citizen Kane (1941). Generally considered one of the greatest films ever made, credit over Citizen Kane’s Oscar winning screenplay has been hotly debated for decades. Mank covers the period in which Mankiewicz wrote the first draft, at the time called “American”. We periodically flashback to moments in Mankiewicz’s life which allegedly gave him inspiration. All of Mankiewicz’s friends immediately recognise that the powerful media mogul William Randolph Hearst (Charles Dance) is the basis for the script’s main character, Charles Foster Kane. The flashbacks come up with an explanation for Mankiewicz’s dislike of Hearst. Additionally, Mankiewicz forms a strong connection with Hearst’s wife and famous actress Marion Davies (Amanda Seyfried).

David Fincher’s directorial precision is so ingrained in his brand that it practically comes written on the movie ticket. You expect going in that the general craft will be without a single blemish, and Mank easily lives up to that. Similar to Zodiac’s (2007) note perfect recreation of 1970s detective mysteries, Mank is practically the mirror image of golden age Hollywood classics. This isn’t simply a case of shooting a modern film in black and white, as the entire production deliberately resurrects the cinematic presentation of 1940s cinema. The sound mix, cinematography, editing, production design and more are all ripped directly from the time period. If you’ve seen The Artist (2011) or The Lighthouse (2019), you know that bringing back old fashioned aesthetics is nothing new, but this time the gimmick has endless amounts of thematic layers to play with.

Similar to Citizen Kane, there are many lenses you can view the film under, and each one reveals different levels of complexity. It’s always a risk to spin multiple thematic plates, yet Fincher pulls it off with relative grace. Across its two hour runtime, Mank is an analysis of auteurism, a harsh demythologising of the entertainment business, a character study of righteous self-destruction and a parable on political ethics. Fincher is a master at balancing many different thematic points, ensuring they all cleanly occupy the same narrative space. However, It’s not all completely seamless, as a few of the most crucial narrative turns needed a bit more fleshing out to have their intended impact. The staggering amount of content to wade through may result in small yet important details being missed. However, the connective tissue is all there, so it’s not a huge issue

The most surprising element is actually how Mank narratively ties its ideas together, and how those ideas relate to recorded history. The late Jack Fincher’s script steers clear of the contentious historical points regarding Citizen Kane’s development, thus needing to fill in the blanks with some significant revisionism. The narrative focuses on social, political and business dealings that were (in reality) not connected to Mankiewicz’s writing process. Even though it’s almost completely fictional, it all comes together to form an intriguing perspective on what may or may not have formed the basis for Citizen Kane’s script. The final narrative point isn’t left to dangle in Mank’s forgotten era, as the political analysis clearly tips a hat to current issues regarding ‘fake news’.

Happily, the incredibly dense plot means there’s a huge collection of performers who all smear the screen with their talent. Lily Collins charms the audience as Mankiewicz’s tough yet supportive nurse, and Charles Dance is dependably intimidating as the powerful William Randolph Hearst. Gary Oldman does fine work as Herman J. Mankiewicz, carrying much of Fincher’s signature wit and cynicism in a single breath. Oldman is so magnetic that you forgive Mankiewicz being characterised with a hodgepodge of working class and existentially tormented clichés. The main standout is Amanda Seyfried, who steals every scene she’s in with her near perfect recreation of Marion Davies. Seyfried has rarely been given the chance to show off just how talented she is, and she is sure to be a major contender when awards season rolls around.

Despite Mank’s impeccable craft and staggering thematic weight, its relationship to Citizen Kane is actually the one major misstep. Infact, this brings us back to the question of accessibility, which Mank surprisingly lacks. Unless you know Citizen Kane back to front, know that film’s production history, know the debates around Pauline Kael’s essay Raising Kane, or know the ins and out of Hollywood in the 1930s – 1940s, much of the film may be lost on you. Not every film needs to be for everybody, but Mank occupies a very small niche. Usually, Fincher’s films about specific subjects gives the audience all the necessary context. You don’t need to be an internet coder to enjoy The Social Network (2010), nor do you need to be a crime journalist to understand Zodiac. Without the required background knowledge, the audience may struggle to unpack Mank’s ideas, understand the character motivations, or even follow what’s happening.

Fincher is no hack and often has complete command of his storytelling craft, which definitely holds true here. It’s likely that commentators will spend years pouring over every detail of this film, but it’s unlikely general audiences will join in. You could say ‘this film wasn’t made for everyone’, but you should consider that Citizen Kane is far more complex and was indeed made for everyone. Despite it’s revisionist perspective and high bar for admission, Mank is still a worthwhile entry in Fincher’s filmography and is the most fascinating cinematic artefact of the year.

Best way to watch it: As a double feature with Citizen Kane. 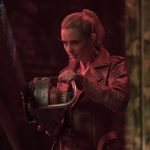 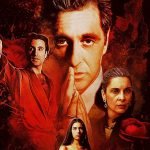 The Godfather Coda: The Death of Michael Corleone (2020) Review