This time last year, Lucifer: Season 5 Part 1 (2020) left viewers on quite the cliffhanger, giving us the long awaited arrival of Lucifer’s dad (Dennis Haysbert). Networks often like to split pivotal seasons in half, so finally being introduced to the show’s version of God was as good an excuse as any. Usually when there is a season break, it’s a huge indicator that the forthcoming episodes will be a constant barrage of big moments, shocking reveals and jaw-dropping conclusions. We all remember the edge-of-your-seat thrill ride that awaited us in the second half of Breaking Bad Season 5 Part 2 (2013), or the emotional rollercoaster of The Sopranos Season 6 Part 2 (2007). Obviously, Lucifer is playing a different game and exhibits different strengths. As such, this penultimate season promised many insane things, but does it deliver on that promise?

Now that God has finally revealed himself, Lucifer (Tom Ellis), Amenadiel (D.B. Woodside) and Michael (Tom Ellis) are thrown into a bizarre family drama as they try to get to the bottom of their father’s strange actions. The obvious cliche is that he works in mysterious ways and that everything he does has meaning, but that doesn’t change the fact that his sons constantly feel as if they are missing out on fatherly love. Meanwhile, Detective Chloe Decker (Lauren German) is struggling to come to terms with the fact that she is in a relationship with Lucifer, who is of course a celestial being. To make matters more complicated, Lucifer intends to become the new ruler of the Silver City, putting him in direct conflict with his twin brother Michael.

The show has previously been at its best when it stopped taking itself seriously, as the premise lends itself to being a silly romp. Part of Lucifer’s charm has always been its sense of campy fun, which this new season happily maintains. At nearly every turn, the show takes the opportunity to inject jokes into stereotypically serious moments, making the ridiculousness very easy to digest. As the show has progressed, it has gradually gotten better at this trick, but this current season may have stepped over the line in a few places. While the humour can soften the outlandish elements, it can go too far and veer into farce. As a result, the viewer is occasionally taken out of the story for the first time since Season One.

With that in mind, the overly comedic slant does affect the narrative tone of the filler episodes. At this point, we generally accept that majority of Lucifer’s episodes are dedicated to innocuous stories, with only a handful even contributing to the main arc. In most cases, these standalone episodes are fun, enjoyable and thrilling, but this new season has one too many episodes which the audience can completely sleep through. In the best cases, the episodes in question are just stock-standard police procedurals, but in the worst cases we are given bizarre and cringe-worthy experiments. It’s not like Lucifer has never taken some big swings in the past, but this season’s off-beat episodes are perplexing more often than enjoyable. The notable standout is a brilliant storyline involving fan favourite character Dan Espinoza (Kevin Alejandro).

That being said, Lucifer hasn’t abandoned its sweetness, as the central character arc continues to tug on whatever heartstrings it can. For a pulpy show about demons and devils, Lucifer tends to give quite a lot of sympathetic qualities to nearly all the principle players. Everyone is ruled by their emotions, resulting in many interactions being heartfelt. Given how close we are to the finish line, it’s no surprise these moments are getting more and more frequent, seeing as we’ve spent over five years with these characters. Granted, the emotional beats can often feel saccharine or narratively thin, but there’s definitely a handful that hit the mark. In some cases, the melodrama is piled on endlessly in an attempt to ensure the viewer that the big story points aren’t going to be reversed. However, it’s hard to say this trick works, as the show never completely convinces the viewer of that fact.

Despite these drawbacks, this season does successfully provide big payoffs to some massively anticipated elements. Consequently, we are treated to an unusually high number of supernatural sequences, due to there being very little left from the earthly realm which is of any narrative interest. The added action is a welcome aspect, as it injects a bit of magical energy to the proceedings. Despite this, the show’s apparently very thin budget does result in some laughable visual effects, which sadly age these sequences by the time the credits roll. Given how much the narrative relies on the impossible, it’s becoming a little frustrating to see the show constantly try to shoot its way around having to actually show the impossible. It sadly keeps things at ground level, and we should be lifting off a little more.

As usual, the impeccably charming cast is the glue that ties the whole thing together. Lauren German, Lesley-Ann Brandt, Kevin Alejandro, D.B. Woodside, Rachel Harris, Aimee Garcia and Scarlett Estevez all have amazing chemistry, thus making the show incredibly watchable. Not everyone gets the best material to work with (and some are clearly being strung along), but the audience will happily give the show the benefit of the doubt, as none of the characters are steering into inappropriate arcs just for the sake of shock value. These are still the characters we’ve come to love, flaws and all. This is especially true of Lucifer himself, played as always by Tom Ellis. The show would be nothing without him, and his performance remains utterly infectious.

This is always the difficult time for a long running show, as it needs to start laying the pieces for the inevitable finale. The overall quality of Season Five Part Two may be an indicator that Lucifer’s best days are behind it, but there’s still no cause for concern as there’s plenty of great things on the horizon. Despite its shortcomings, this season does leave us in a position where it’s actually impossible to predict where things are going, which is a relatively good place to be in.

Best way to watch it: In a Bible studies class… just to see the teacher’s shock. 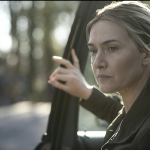 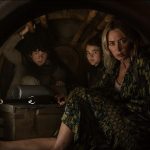