Contrary to popular belief, it’s not impossible for a film to elevate material it’s adapted from. Chuck Palahniuk’s novel was made greater by David Fincher’s Fight Club (1999) and Mario Puzo’s novel was made greater by Francis Ford Coppola’s The Godfather (1972). The original texts were brilliant of course, but telling these stories in a visual medium added to the experience. These adaptations became iconic artwork in their own right. Louisa May Alcott’s 1868-69 novel Little Women has been adapted to screen six times, yet none of them achieved this. So what was it about those films which elevated them? They had directors who put themselves in the story. ‘Themselves’ meaning their beliefs, thoughts, feelings and experience. The seventh Little Women (2019) has made it happen due to writer/director Greta Gerwig.

Set in the United States during (and after) the Civil War, the story follows four sisters from a poor working class family. The sisters being Jo March, Amy March, Meg March and Beth March, played by Saoirse Ronan, Florence Pugh, Emma Watson and Eliza Scanlen respectively. Timothée Chalamet also shows up as Laurie, a wealthy neighbour who may or may not have feelings for one of the sisters. We follow their evolution from girls to women struggling with their hopes, dreams and place in the world. Each sister wants affection and purpose, but in a time which has one role for women to play, finding self worth and finding love don’t come hand in hand. Throughout these hardships, each sister is searching for everlasting happiness, but the definition of happiness is not the same from sister to sister.

It’s absolutely mind-blowing how stunning every single performance is. To give an idea as to the magnitude of the acting work, Meryl Streep, Chris Cooper, Laura Dern and Bob Odenkirk fill out the supporting roles brilliantly, yet are outshone by the younger talent. Eliza Scanlen as Beth makes an affecting impression as the centre of innocence. Emma Watson has gracefully matured out of Harry Potter (2001-2011), portraying Meg with world-weariness and compassion. Timothée Chalamet displays flagrant self-destruction with a deeply emotional heart. Saoirse Ronan and Florence Pugh as Jo and Amy carry the heaviest drama. They successfully play the sisters with opposing world-views, coming into heartbreaking conflict with each other while still showing sisterly love. Under Gerwig’s direction, each and every performer arguably does their best work to date.

For a little while, production detail in period pieces hasn’t been as convincing as it should be. From costuming to production design, many modern films in the genre feel like a renaissance fair. Gerwig does not settle for this, as she fully transports the viewer into the Civil War period. What she achieves with the world building goes far beyond recreation. Every set, every valley, every prop and every costume seems plucked right out of history and gorgeously put on the screen. It’s not just that they’ve sourced appropriate props and locations, but how they’re used. Gerwig and Cinematographer Yorick Le Saux avoid photographing it all to pull unearned emotional responses from the viewer. She doesn’t add a sheen of schmaltz, nor does she add unnecessary grit. Gerwig creates a living world, capable of sorrow and joy in equal measure.

Most filmmakers can successfully tell stories covering happiness, love, cheer, sadness, jealousy, contempt, self-worth and responsibility. Even so, having each of these feelings within the same frame and still telling a singular narrative isn’t easy. However, Gerwig makes it look easy with a script that digs deep into the psychology of the characters. This is achieved through clever conversational dialogue, which actually sounds like people talking instead of actors reading lines. This is a dangerous trick as it could lead to monotonous storytelling. Happily, Every word, moment and cue tells us about the characters and their feelings, making it utterly captivating from scene to scene. Even where one aspect doesn’t get as much attention as it deserves, we still feel the emotional gravity it deserves.

Despite having minimal melodrama, it’s incredible just how enveloping the narrative is. There’s no traditional antagonist and there’s no clear endpoint, but these features enhance the experience rather than diminish. Gerwig is a smart enough filmmaker to know that just recounting the lives of these characters limits her ability to create the best experience possible. Instead, she uses a carefully considered non-linear structure which creates greater dramatic depths. A non-linear timeline can be easily mishandled, but Gerwig masterfully balances the past and present. Sometimes we see events play out in a traditional manner and sometimes we see the result of events before learning what led there. By choosing the exact right moments to reveal thematic information, the narrative strength is greater than it would have been chronologically.

It goes without saying that a story which centres on women in the 1800’s discusses ideas around the roles of women. Specifically, how options for women were incredibly limiting. It can be debated forever about how tightly these ideas run parallel to today issues, but Gerwig delivers these messages to be universally relatable. Regardless of gender roles, everyone has felt alone, undervalued, wants to love and be loved. This is a universality which has been applied to every major character and scene, helping to focus the film’s thematic intentions with a singular goal. The goal it reaches is simply a portrayal of how life, people and experience can change you and grow your maturity.

Given that it’s the seventh adaptation of this story, it stands to reason Little Women resonates with people. If it didn’t they wouldn’t keep re-adapting it. However, it was a mystery as to why none of the adaptations became as iconic as the book. With this 2019 version, Greta Gerwig may have discovered the secret ingredient. It’s not enough to just shoot the scenes and say the words. A filmmaker must understand why the story speaks to its audience and how to bring that to cinema. Gerwig has always been a filmmaker who tells personal stories and highlights why they speak to her. We feel her investment in every frame, so we can’t help but feel what she feels.

Best way to watch it: With an expensive wine. 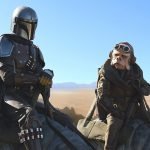 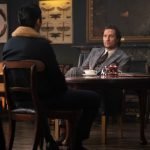