Whether you’re five, or 95, everyone on the entire planet loves the Toy Story franchise (1995 – 2019). Given that fact, it’s hard to overstate just how influential and beloved the series is. The original film is a perfect artifact which kicked off a new generation of animated films, and each new sequel just got better and better. With the mix of intelligent humour, heartwarming emotion and psychological complexity, it’s hard for most animated films to measure up. So when it was announced that Toy Story’s iconic character Buzz Lightyear would be getting his own movie, there was an equal amount of excitement and confusion. Truthfully, a Buzz Lightyear film isn’t too hard to figure out, as it’s fairly implied that the character is a popular superhero within the world of Toy Story. Therefore, why not give us the chance to see that version?

Lightyear (2022), opens with text explaining the obvious framing device: that what you are about to watch is the Buzz Lightyear film which made the character a popular phenomenon within the original Toy Story’s 1995 setting. Following that, we get right into the action, meeting Buzz (Chris Evans) as he is heading up a deep space voyage along with his partner Aisha Hawthorn (Uzo Aduba) and a colony of civilians. The planet they happen to land on appears to be hazardous, prompting Buzz to attempt a daring escape. Sadly, things don’t go as planned, resulting in the entire colony being marooned. Determined to finish his mission and get everyone home, Buzz bravely engages in a series of dangerous missions, but this leads him down a path of obsession with dangerous consequences.

Just as the original Buzz Lightyear was a fun combination of action film and science fiction tropes, this Lightyear film appropriately follows suit and draws inspiration from many classic space faring movies. With flavours of 2001: A Space Odyssey (1968), Alien (1979), Apollo 13 (1995), Interstellar (2014) and The Martian (2015) all mixed in, there’s certainly plenty of exciting and enjoyable concepts to chew on. Happily, the film doesn’t shy away from the complexities of these ideas, but it does manage to set it all up in a way that’s intelligible for both younger and older viewers. While the ‘set up’ is strong and provides much of the intellectual (and emotional) resonance, the third act revelations involving the heavy science fiction can potentially unravel if you give it any intense thought. These moments do pique the viewers interest, but the final explanation could’ve used a bit more fleshing out. Regardless, it’s still the most fascinating part of the entire film and definitely makes you think.

With that in mind, it’s a good thing that the first and third acts have interesting aspects to invest in, because the second act does drag a little too much. None of it is a total loss as it’s all fun, funny and visually enjoyable, but it’s really just a series of action scenes as opposed to any actual story development. Granted, there are character moments peppered throughout, but the conclusion to the characters main arcs are pretty easy to figure out as soon as we meet them. Therefore, these admittedly sweet moments feel completely expected. The major exception to this is Aisha Hawthorne’s subplot, which is an elegantly realised (and incredibly necessary) storyline, eliciting the iconic Pixar film heartstrings. Aisha’s granddaughter Izzy (Keke Palmer) is also a major element of what makes this narrative thread work, and we’re lucky to have them.

The rest of the voice cast performs just as admirably, with Chris Evans impressively transforming into a believable Buzz Lightyear. There’s been much controversy surrounding Evans’ casting as the iconic character, but he easily proves himself in the role, even making you forget that Buzz was ever voiced by anyone else. Not to mention, the complaints about Evans’ work don’t really hold much water, as it’s perfectly reasonable to assume that the original toy (with a cheap, mass produced voice box) wouldn’t necessarily sound like the real Buzz Lightyear. In addition to Evans, Taika Waititi and Dale Soules do great work as Mo and Darby, with Peter Sohn stealing the entire show as the loveable robot cat, Sox.

It’s definitely appreciated that the voice cast is as strong as it is, because the narrative itself doesn’t give the team too much to do. Sure, every character has their function, but given how little actual happens their functions are all fairly lightweight. Overall this makes the film fairly harmless as a viewing experience, but it does result in a few too many beats feeling a little complacent. You know exactly when there’s going to be a betrayal, a falling out, a reconciliation or a triumph, and you know exactly how and why these beats will happen before they happen. None of it is bad or poorly told, but as the film goes on it feels like it knows it’s going through the motions, resulting in a few expected (yet key) narrative beats and character turns being lazily skipped. Sure, once things are wrapping up, we all know what the next steps are, but it’s important to make clear how all the characters arrived at the conclusion we did.

Outside of the narrative kinks, it’s still a joy to see all the space ranger action (some) fans have been waiting for since 1995. Each of Buzz’s key features get their own hero moment, letting them have their time in the spotlight unfettered by anything else. Seeing Buzz use his laser, wings or communicator will always elicit smiles, as it’s such a unique combination of features for a uniquely iconic character. Sadly, even this positive aspect has a negative drawback, as the film feels the need to explain why Buzz has these powers and gadgets. This is especially frustrating when considering that it feels like Buzz is collecting his gear so he can use it properly next time. Too many origin stories are falling into this annoying trap, as they just lay the groundwork for a sequel without realising that they’ve wasted 2 hours setting up the film we actually wanted to see this time.

Ultimately, Lightyear is a perfectly decent, totally inoffensive little popcorn film. It’s not going to change the world like its predecessors, nor does it even rise to the same heights. However, it’s a suitable way to stay entertained for a small stretch of time. If there’s anything major holding this film back, it’s that it’s hard to believe this film on its own would’ve sparked the Buzz Lightyear phenomenon.

Best way to watch it: As training wheels before showing your kid Interstellar. 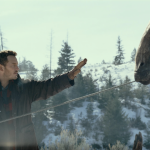 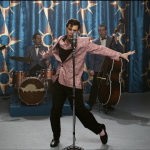