Considering how dour and grim many blockbusters have been for a long while, we’ve been in desperate need of some good, clean fun. Things are starting to change, but ever since The Dark Knight (2008) many studios believed that audiences wouldn’t accept enjoyably goofy adventures anymore. With that kind of thinking, masterpieces like Raiders of the Lost Ark (1981) or Back to the Future (1985) wouldn’t have been made. Sure, the success of things like Stranger Things (2016 – Current) has proven that audiences still have a taste for old fashioned tropes, but even that show leans more into adult orientated supernatural horror than anything suitable for kids. The last time we truly got to see a ‘fun for the whole family’ kind of thrill ride was the Pirates of the Caribbean (2003), a Disney film based on the theme park ride of the same name. With that in mind, it stands to reason that the similarly fun Jungle Cruise (2021) is also inspired by a Disney ride.

Set two years into WWI, we are introduced to Dr. Lily Houghton (Emily Blunt) a botanist intent on finding the location of The Tears of the Moon Tree, which is presumably located somewhere in the Amazon jungle. The legend tells that The Tears of the Moon is kind of like the ‘Tree of Life’, in that it apparently has magical healing properties. Lily intends to bring back some petals for medicinal purposes, but there’s of course some ‘evil’ German soldiers led by Prince Joachim (Jesse Plemons) trying to locate the The Tears for the war effort. In order to reach the Tree first, Lilly and her brother MacGregor (Jack Whitehall) enlist the help of Frank (Dwayne ‘The Rock’ Johnson) a conman and boat captain who apparently knows the way. In addition to the hazardous river, the trio also have to combat a group of undead Conquistadors, who were cursed hundreds of years ago in their quest for the Tree.

As you can probably already tell, the similarities to the Pirates franchise are numerous. We have a likeable female lead, a capable yet untrustworthy boat captain, a coveted treasure and some bad guys who were cursed by said treasure. This is a proven formula, and Jungle Cruise does little to deviate from that formula. While this may sound like a bad thing, it’s actually a helpful structure which streamlines what could’ve been a convoluted plot. Much of the runtime is dedicated to explaining the lore, the history and the backstory, which often makes it feel unfocused or hard to follow due to the number of plot threads. The recognisable template allows the viewer to put the disparate pieces together, making it mostly possible to sit back and enjoy without getting too confused.

On that note, it’s kind of comical that a simplistic adventure yarn is hard to follow. The confusion is caused by the breakneck pace, as things happen so fast that you’re barely given time to figure it all out. Before you have a chance to take in what you just saw, we are already onto the next point, reveal, joke or action beat. Not only do the action scenes occur at a high frequency, but the delivery of the dialogue is at a speed which rivals the writing of Raymond Chandler. To be clear, none of the dialogue is even close to Chandler’s wit or intelligence, but the frenetic energy barely lets up. In the few scenes where things slow down, you find yourself wishing the film took its time more often than it ultimately does, as these quieter scenes have all the genuinely touching moments.

Additionally, these slower sequences also give insight into one of the more fascinating missions Jungle Cruise sets itself, which is its historical revision. You might be wondering how a fantasy adventure even qualifies as historically revisionist considering the story is so obviously fictitious, yet Jungle Cruise still manages to sneak in some interesting details. Specifically, these historical details are highlighted, yet very intentionally defied, thus showing the filmmakers have indeed done their research. If some viewers are allergic to all forms of historical inaccuracy, Jungle Cruise is definitely going to annoy them. This may seem strange to knowingly change things like this, but it’s done to help normalise modern morals. This isn’t a bad thing and should be allowed, considering no one is expecting this film to accurately depict the social morals of the 1910s.

All this aside, the main goal of Jungle Cruise is to provide the viewer with a series of exciting and visually arresting action sequences, which is mostly achieved. Any opportunity to throw in an action scene is utilised, resulting in an abundance of fights, escapes, chases, and close calls. There’s so many moments that they all start to blend together a little, which might add to the general confusion throughout. Not only that, but the computer generated effects are only up to scratch half of the time, so there’s a handful of moments which have an unshakable uncanny valley effect. Happily, Jungle Cruise is completely aware of what it is and never asks us to take it seriously, thus allowing us to turn our brain off and just haplessly enjoy the ridiculousness.

With such a carefree tone, Jungle Cruise needed a cast who can laugh at themselves yet still believably exist in its world. Firstly, Jesse Plemons is appropriately hammy as Prince Joachim, doing nothing more than providing the audience with a slimy, uncomplicated villain who’s easy to hate. You may forget he’s even in the film sometimes, but he serves his function without trying to take away attention from the more charismatic leads: Dwayne Johnson and Emily Blunt. At this point, Johnson is something like a modern day Arnold Schwarzenegger, in that he’s an imposing figure with an affable charm. He’s not the greatest performer in the world, but he’s perfect for the kind of roles he takes, and Jungle Cruise perfectly fits his larger than life persona. Happily, Blunt is there to shoulder the more complex performance tasks, yet she’s clearly allowed to have just as much fun as the rest of the cast.

Unless you’re under the age of ten, Jungle Cruise probably isn’t going to be anyone’s favourite movie of the year. It’s messy, unfocused, and convoluted despite being really simple, yet none of that overly detracts from its good time. Sometimes it’s refreshing to just sit back, munch on popcorn and enjoy a film like it’s a theme park ride. In that way, you could almost say it’s the perfect representation of the ride it’s inspired by.

Best way to watch it: With a cup of decaf. 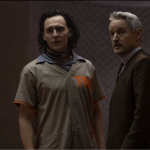 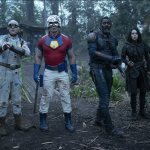