Throughout the history of cinema, there’s been no shortage of good racing films, yet none of them have connected with mainstream audiences in the way that boxing, baseball or football movies often do. Even with amazing films such as Grand Prix (1966) and Rush (2013), the racing genre has remained relatively niche. Enter director James Mangold, who has made a career out of taking struggling genres to great heights, achieving both positive reviews and mainstream appeal. With such classics as Walk The Line (2005), 3:10 to Yuma (2007) and Logan (2017) under his belt, the idea of Mangold taking the wheel of a biopic about the 1966 24 hour race at Le Mans is an exciting prospect. With an all-star cast and nearly $100 million of 20th Century Fox’s money to spend, Mangold has crafted a racing film which could successfully bring the genre mainstream, despite its fair share of shortcomings.

Set between 1959 and 1966, we are introduced to automotive visionary Carroll Shelby and gifted race driver Ken Miles, played by Matt Damon and Christian Bale respectively. Following a failed takeover of Ferrari by the Ford Motor Company, Henry Ford II (played by Tracey Letts) demands to return the insult to Enzo Ferrari, by designing a car to win the punishing 24 hour race at Le Mans. Ford executives approach Shelby with the job, who in turn brings in the brilliant and compulsive Miles. However, their passion and pure enthusiasm for the art of driving is at odds with Ford’s bureaucratic nature, as Senior Executive Leo Beebe (played by Josh Lucas) is constantly at war with Shelby and Miles.

What’s most apparent is how everything has been approached in a wonderfully old fashion way. Mangold and Cinematographer Phedon Papamichael have created a visually pleasing experience, invoking the colourful pallets, artful composition and motivated camera movement of 1960s cinema. The film itself seems to have come from an earlier time, as a big studio giving $100 million to a prestige drama is very old fashioned in and of itself. It’s great to see, considering that this kind of budget only goes to sequels and superheroes nowadays. The money is well spend here, as the period is re-created excellently on a massive scale. Despite harking back to an earlier era of filmmaking, the exhilarating racing sequences are revolutionary. Mangold captures adrenaline fuelled speed with nail biting ferocity, feeling every gear shift, turn and crash. He puts the viewer right in the driver’s seat to the point where you can’t tell where computer trickery starts and real stunt driving ends.

Putting its gorgeous visuals and amazing racing sequences aside, the staging of its narrative drama doesn’t completely work. From the character portrayals to the scene by scene direction, Mangold leans a little too heavily into over-dramatisation, which prevents the events in the story from feeling real. For every genuinely interesting moment of automotive detail, there is a cringeworthy moment with dramatic head turns and long stares. Much of the script by Jason Keller, Jez Butterworth and John-Henry Butterworth relies on cheesy moments, with overly simplistic dialogue and shallow character development.

To it’s credit, each character has clear motivations, but few of them are that complex. Mangold clearly wants to craft a story that let’s us feel the character’s emotional journey and address the dangers of racing, but the emotional analysis only goes skin deep. This isn’t to say that it doesn’t offer worthwhile analysis of corporate bureaucracy. Miles and Shelby are rightfully framed as artists hired for their craft, yet it is Ford and Beebe’s corporate rules which prevent them from doing their job. It’s with this narrative theme that Ford Vs Ferrari finds most of its complexity.

Even with narrative and thematic fumbles, Mangold still manages to provide an entertaining experience, helped greatly by Matt Damon and Christian Bale. Both stars are dependably charming leads, giving engaging performances which shoulder the film’s massive weight. The two of them have carried lesser films on their own, so watching them work together here is a joy, not only adding nuance to their characters’ but also elevating the film’s overall entertainment value. In addition completely selling their characters’ skill set to the viewer, much of the humour is generated from these two bouncing off each other. Having these two superstars carrying the drama helps add to the crowd-pleasing nature of the piece.

Despite the supporting cast also being filled with talented actors who do fine work, none of them elevate the material. Talent character actor, Tracy Letts, plays Henry Ford II as a single minded boss who only cares about numbers and image. A simple characterisation that is not worthy of Lett’s talents, watering down what could have been an otherwise rich antagonist. Jon Bernthal has earned his place as one of the most sought after actors working today and successfully plays against type as confident and supportive Ford Vice President, Lee Iacocca. Sadly, after a very meaty introduction, he doesn’t get much to do. Josh Lucas on the other hand doesn’t play against type, as his Leo Beebe is designed from the ground up to be the hated corporate shill. However, It is Caitriona Balfe and Noah Jupe as Mile’s family who are most underserved, as they are developed only as far as “the wife” and “the son”.

Ultimately, Ford vs Ferrari is an exercise in bringing back large scale dramas that appeal to the mainstream. The fact that Fox even allowed Mangold and his team to make the film is a minor miracle. If it means that studios will return to a time when they supported dramas like they would a franchise film, then I’ll happily take this flawed crowd-pleaser. So let’s hope Ford Vs Ferrari is successful with audiences, as it may benefit cinema as a whole.

Best way to watch it: Someone needs to build an IMAX drive-in cinema. 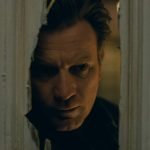 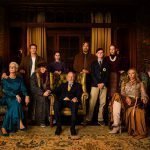