The action genre is arguably more versatile than any other. Depending on the narrative, angle or tone, action films can vary from action-horror like Aliens (1986) to action-comedy like Hot Fuzz (2007). Even spy thrillers like The Bourne Identity (2002) or a film noir drama like LA Confidential (1997) can go toe-to-toe with any action extravaganza. The genre has been played with to such a degree that bare-bones, stripped down and completely raw action films are becoming rare. Cinemas were once packed with simple, fun and brutal thrill rides aiming only to entertain audiences with the bullets and blood. Recent offerings like The Raid (2011-2014) and John Wick (2014-2019) franchises have set the modern standards. Sam Hargrave’s Extraction (2020) attempts to follow the trend.

Chris Hemsworth stars as Tyler Rake, a professional black ops mercenary with no friends, family or happiness. Beyond sitting around waiting for the next trigger to pull, Rake is running out of things to live for. The next job comes along when Ovi Mahajan Junior (Rudhraksh Jaiswal), the son of an Indian crime lord, is kidnapped by rival crime lord, Amir Asif (Priyanshu Painyuli). Rake and his team are hired for the job, but Mahajan Senior’s top enforcer, Saju (Randeep Hooda) is also on the hunt for Ovi, thus coming into direct conflict with Rake. Stuck in Dhaka with gangsters and corrupt cops swarming all around them, Rake must protect Ovi from all sides and fight his way to the extraction point.

Before John Wick, hearing that a stunt coordinator is in the directing chair raised some eyebrows. Today, that same statement raises anticipation to sky high levels. Director Sam Hargrave doesn’t disappoint, proving once again that an eye for stunts can result in breathtaking sequences. The choreography doesn’t reinvent the wheel, but Hargrave put a fresh coat of paint on the familiar visual fluidity and brutal kill shots. With the elegant Keanu Reeves, we usually see punches, kicks, stabs, headshots and reloads covered in gorgeous wide and mid shots. Chris Hemsworth is a brute of a man, so the fight work is crafted with that in mind. You’d notice if a 6 foot 3 superhero smacked you in the head and Hargrave reminds us of this.

It’s not just the hand-to-hand work that impresses, as Hargrave pulls out all the stops for mind-blowing chase sequences through the streets of Dhaka. These sequences blend together gun fights, car fights, foot chases, car chases, stunt work and visual effects with an unrestrained pace. The focus easily shifts between set pieces, character perspectives and dramatic tension, which is even more impressive considering the action remains clear and the brutality never lets up. While the rest of the film takes itself pretty seriously, these over-the-top sequences know what they are and happily allow the audience to revel in the thrills. Hargrave lets us know we can have fun with the violence, yet never allows it to become outright parody.

Sadly, too much of a good thing can dilute the impact of later sequences. Hargrave shows off his best magic tricks early, leaving the latter half of the film without anything new to offer. To be clear, the body count continues to stack up, but the enjoyment dies down with the lack of creativity. The audience is still onboard throughout, but it’s dissatisfying to see standard shootouts when expectations are raised so high. However, it’s not for lack of trying, as a subplot involving child soldiers attempts to shake things up in the action department. Placing Chris Hemsworth in the ring with an army of gun-toting children is certainly different, however the resulting fights lack the visceral excitement of the earlier combat scenes. Not to mention that it may be unintentionally in bad taste.

Even though thrills may run of steam, it’s not uncommon for an action film to recover from this fault. A complex story isn’t necessary, but interesting characters, compelling motivations and memorable dialogue is necessary. Screenwriter Joe Russo is no stranger to this fact given his history with Marvel Studios, but his work here doesn’t shine as brightly. The plot moves so fast and the revelations are so slight that the story and characters don’t make the appropriate impact. Once the credits roll, it’s hard to remember why people did what they did or how one event led to the next. This is a case where I’m hoping a longer director’s cut exists, as It’s clear there was more on the page than what has ended up on screen. We can sense there are pieces of this story and these characters missing, which leaves the final product feeling emptier than it should.

The narrative may be unfulfilled, yet Chris Hemsworth remains a charming presence as Rake. He is one of the most adaptable leading men working today, so it’s a shame he doesn’t get much original character development to work with. Even so, he remains engaging with what he’s given and continues to prove his metal as an action superstar. Rudhraksh Jaiswal holds his own as Ovi, mostly embodying innocence affected by violence. Randeep Hooda is the standout as Saju, taking attention away from Hemsworth with some truly amazing stunt work and the clearest character motivations. Sadly, not all of the cast make as strong an impression, especially the talented David Harbour being wasted in a minor role.

It would be unfair to expect this kind of action film to have greater depths or complexity. As stated above, the main goal of this kind of film is entertainment. With that in mind, why do some resonate and some don’t? Extraction is certainly fun, thrilling and well intentioned, yet why does it leave some things to be desired, whereas similar films are completely satisfying? The answer is simple: even the least complex action film can make an audience feel something for the story or characters. Whether it’s the cleverness of Die Hard (1988), the adventure of Raiders Of The Lost Ark (1981), or the power of Mad Max: Fury Road (2015), action should be an avatar for an emotional experience. 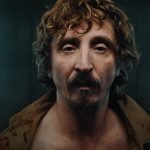 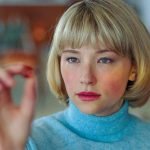