Sherlock Holmes has been a popular intellectual property for as long as anyone can remember. His most iconic features were immortalised in the series of movies starting in 1939, with Basil Rathbone in the role. Since then, there’s been no shortage of Sherlock Holmes content, each with a slightly different interpretation. Sherlock’s pop cultural importance is so ubiqutious that when you hear things like “the game is afoot” or “elementary, my dear Watson”, you immediately know the reference. Come to think of it, Sherlock is the only place you’d think to include a deerstalker hat as a trendy fashion statement. With all the ingredients so well known, you’d think that it would be impossible to create new stories and still keep things fresh. However, filmmakers have continued to find new angles, as is the case with Enola Holmes (2020), based on the young adult book series of the same name.

This version centres on Enola Holmes (Millie Bobbie Brown), the teenage younger sister of an already famous Sherlock (Henry Cavill). Enola has had very little interaction with Sherlock and their other brother, Mycroft (Sam Claflin), instead growing up alone with their mother, Eudoria (Helena Bonham Carter). Eudoria is a forward thinking woman who has taught Enola to be self-dependent and capable, as opposed to other girls of the time period who are just expected to become good wives. On the morning of Enola’s 16th birthday, Eudoria is apparently missing which catches the attention of Sherlock and Mycroft. While Sherlock is on the case, Mycroft intends to send Enola to Finishing School with the other girls. She has no intention of going, thus deciding to go on the run and solve the case herself before her brothers can. Along the way, she runs into a young Lord named Tewkesbury (Louis Partridge) who is wrapped up in his own curious mystery.

Sherlock Holmes stories have taken many different forms in the past and Enola Holmes continues this trend. For example, Basil Rathbone’s version was a pulpy detective noir, Robert Downey Jr’s version was an action film, Benedict Cumberbatch’s version was a crime thriller and Ian Mckellen’s version was a character study. Director Harry Bradbeer, takes Enola Holmes down the adventure film route with hints of Nancy Drew, which works greatly to the films benefit. It has been built from the ground up to be light, fun and breezy. Bradbeer keeps the pace up by ensuring there isn’t an ounce of narrative fat. Every moment gets to the point and trusts the audience knows enough about Sherlock Holmes to fill in the blanks. If there’s anyone in the audience who doesn’t know the basics, Bradbeer’s confident direction makes it all charmingly fun and very accessible.

Much of the film’s charm is due to Millie Bobbie Brown’s enchanting performance as Enola. Anyone who has seen Stranger Things (2016 – Current) knows Brown is a born movie star, and she brings all of her talent to this role. We haven’t really seen her display wit, confidence and humour before, yet she pulls it off without any difficulty. Bradbeer channels some of his Fleebag (2016 – 2019) credentials in the performance direction, as Enola is also a fourth-wall breaking narrator. Characters talking directly to camera is nothing new, but it’s always a relief when the fourth-wall breaking is enjoyably endearing instead of irritating. In this case, she is literally carrying the audience through the story with her likeable personality.

The choice to have Enola directly address the audience helps to avoid the most frustrating aspect of modern detective films. Too often in these kinds of films, it’s literally impossible for the viewer to actually take part in solving the mystery, as the various clues are only visible when the detective lays out the solution. This requires very little effort from the filmmaker, nor is it engaging for the viewer. Happily, Bradbeer plays fair and gives the viewer a chance to figure out the case, as we get to discover all the relevant clues with Enola. Even if the heroes miss a clue or two, the pieces are still made available for the viewer whether they took notice or not. While the mysteries in Enola Holmes aren’t that complex and are only tough at a grade school level, the trust in the viewer is a welcome return to more old fashioned detective yarns. Bradbeer actually want to engage the audiences interest and doesn’t allow them to be a passive observer.

Even though Enola Holmes has near complete command of the narrative, engaging the viewer into its mystery this effectively does sadly creates a minor drawback. The plot thread involving Enola’s missing mother is so compelling that it’s slightly disappointing to see the focus gradually shift to Tewkesbury’s story. This isn’t to say that the two narrative strands aren’t weaved together well or that one is better than the other, it’s just that one gets slightly abandoned until the resolution. It’s hardly surprising that a detective film juggles multiple plot threads that are only peripherally connected, but it seems like some elements are being left on the table for a potential sequel. That being said, the way Enola Holmes chooses to structure the narrative allows it to have thematic analysis it may not have had otherwise.

Despite the minor structural issues, Bradbeer still manages to deliver satisfying and exciting action sequences worthy of the Sherlock Holmes legacy. What’s most impressive is that the action is believably tailored to the abilities of the adolescent heroes without sacrificing the spectacle or tension. Sure, Enola is a bit more skilled than the average teenager, but a fight with a fully grown assassin is still a very real threat. The action isn’t sanded down just because the target audience is children. A bullet can kill, a blunt object can maim, and cutting off someones air is truly frightening. Granted, the violence isn’t horrific or overly gory, but the danger the characters can find themselves in is as thrilling as it is fun to watch. It’s so effective that there are moments where Enola Holmes comes close to transcendent, but of course the requisite action movie clichés halt that.

It’s been observed by many that Sherlock Holmes content is probably as universally beloved as Batman. Both are cultural touchstones which can be enjoyed by people of all ages. Sure, not every Batman story is kid friendly, nor is every Sherlock story. However, the characters, ideas, plots and setting can be easily transplanted into every genre, every style and for every age group. Enola Holmes doesn’t reinvent the wheel (and it might become a tiresome franchise before long), but for now it’s an enjoyable and well made adventure film which neatly fills a hole in Holmes media.

Best way to watch it: It would have been nice to see it in a packed cinema on opening night (Anyone else miss that?) 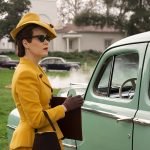 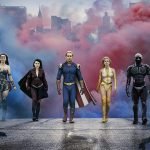