Now that Disney Animation is regularly releasing at least two films per year, it’s fair to say the studio is more prolific than ever. Debate still rages as to whether or not this second renaissance has produced as many classics as their hot streak in the 1990s, but they are definitely far more consistent. As discussed in the Raya and the Last Dragon review, the current crop of films all reach impressive heights, even with an easily detectable formula. The genesis of the current formula was definitely Frozen (2013), which was all about deliberately defying the tropes which defined the most iconic films in Disney’s Library. This has arguably kept Disney Animation in a referential feedback loop, which their 60th feature, Encanto (2021), has thankfully broken.

We are introduced to the Madrigal’s, an important family in a small Columbian village. The Madrigal’s are no ordinary family, as the matriarchal head of the family, Abuela Alma (María Cecilia Botero) was blessed with a miracle many years ago during a time of need. This miracle came in the form of a magical candle, which grants amazing gifts to any children born in the family. This could be anything from healing wounds, to super strength, to fortune telling, to animal whispering. In order to keep the candle burning (and thus keep the miracle burning) the family uses their gifts to help the community thrive. So when the youngest granddaughter and protagonist Mirabel (Stephanie Beatriz) fails to develop a gift, she feels both a sense of failure and a desire to prove she is just as special as the rest of them.

What must be addressed right away is that Encanto still follows the current trend of subverting classic Disney tropes. What places Encanto above the likes ofTangled (2010) or Frozen (2013) is that its subversion goes beyond just having the characters openly point out the out-dated elements. This is what makes those films occasionally frustrating, as the self-awareness breaks the viewer’s engagement. Encanto’s meta-commentary is neatly baked in, beautifully displayed through the character designs, story arcs, narrative details and emotional turns. If any of these characters appeared in earlier Disney films, their best traits would’ve been displayed as clichéd flaws, and many of them wouldn’t have been this three-dimensional.

On that note, the wonderful characterisations shouldn’t be ignored, as they represent a significant step up for Disney animated films. With a roster which includes Mirabel, Abuela, Bruno (John Leguizamo), Julieta (Angie Cepeda), Pepa (Carolina Gaitán), Isabella (Diane Guerrero), Dolores (Adassa), Luisa (Jessica Darrow), Antonio (Ravi Cabot-Conyers), Félix (Mauro Castillo), Camilo (Rhenzy Feliz) and Agustin (Wilmer Valderrama), it’s incredible that this relatively short story manages to juggle this many arcs. Some characters obviously get more screen time than others, but every single one of them has recognisable traits, stresses and humanity. Not only that, but all of them get an appropriately touching conclusion. You can easily imagine any of them being the hero of their own film, this one just so happens to focus on Mirabel.

As to be expected, the narrative elements, story twists and character motivations are expressed through both standard scenes and catchy musical numbers. The synergy between traditional storytelling and musical storytelling is beyond reproach, as every song is a powerful ear-worm. You’ll be singing them for days, immediately placing Encanto’s soundtrack near the top of the entire Disney canon. Granted, many Disney films can claim that achievement, but the music done here is also a significant delivery from the exceedingly talented Lin-Manuel Miranda (who has definitely cemented his place as cinema’s premier composer and songwriter). It’s nearly impossible to pick a favourite, but a notable standout is definitely the so called villain song, We Don’t Talk About Bruno, which encapsulates how the music and the film itself subverts and elevates Disney tropes.

With that in mind, it should also be noted that Encanto subverts the tropes without disrespecting them. Whilst Frozen, Tangled andMoana (2016), openly reject the groundwork of traditional Disney, Encanto allows the tropes to exist without letting them get in the way of its originality. Many of the former films rejections are well intentioned, as they are packaged as soft and helpful lessons for children. Consequently, this has the added effect of sanding down the more adult story elements. Films like Beauty and the Beast (1991), The Lion King (1994) or Mulan (1998) never shied away from the mature content, and they seem like complex, artful narratives when compared to recent offerings. Happily, Encanto proves it’s possible for modern Disney to have it both ways, as it provides progressive moral lessons for children without alienating older audiences looking for something deeper.

While all of this proves Encanto might just be the perfect version of itself, it’s possible that its relatively existential stakes and character driven narrative prevents it from feeling grand or epic. It doesn’t have a traditional world-ending plot, nor does it have a traditional hero or villain, meaning some audiences may feel cheated by the time the credits roll. However, this isn’t a huge issue when you consider how absolutely spectacular the animation is. Even though the story takes place in what is essentially one location, the magical visuals are rendered gorgeously and expansively, making it feel larger and more powerful than it seems on the surface. It’s so effective that you’ll feel chills multiple times, even causing you to recall emotions you felt during It’s a Wonderful Life (1946).

It’s too early to say if Encanto will be a timeless Disney classic (we’ll only know once all the children come of age). What we can safely say is that it’s a beautifully told and gorgeously animated film that has easily climbed to the top of this second Disney Renaissance. It’s not as merchandisable as Frozen, nor is it as socially evocative as Zootopia (2016), but it definitely has so much more to offer on a pure storytelling level.

Best way to watch it: With Spotify at the ready so you can add the soundtrack to your playlist. 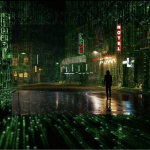 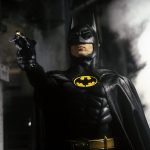