There’s two incredibly fascinating (and rare) elements regarding Don’t Worry Darling (2022) and its undeniable hype. In today’s cinematic landscape, films don’t really generate pre-release excitement unless they’re based on some kind of book, comic book, TV show or are already part of an established franchise. Don’t Worry Darling is that rare, original film, which built anticipation simply through its haunting and engaging trailers, The plot was kept tightly under wraps, yet we could see the film was going to tap into an extremely prevalent cultural discussion in a highly exciting way. The other element is the highly publicised behind-the-scenes drama, prompting many to desperately find out if the juicy gossip has resulted in a total dud or a modern classic. Some of the greatest (and some of the worst) films of all time have been made under such circumstances, so how does Don’t Worry Darling fare?

Set vaguely in the 1950s, we are introduced to a small community called Victory, filled with a collection of men all working on a mysterious, top-secret project. While they work during the day, their wives stay home and keep the house in order. The story centres on one of these wives, Alice (Florence Pugh), as she slowly starts to notice some strange occurrences in the town. She seemingly has the perfect little life along with all the other wives, yet she can’t help but feel that her husband Jack (Harry Styles) is hiding something. Whatever it is, the community leader Frank (Chris Pine) is definitely the mastermind behind it, as he is the mysterious figure at the centre of the town.

It’s funny to note how quiet, suburban, Americana is immediate cinematic shorthand for mystery, fear and unseen darkness. Once upon a time, this kind of look and feel wouldn’t have been an indicator for mystery, yet the last few decades of film and TV has taught viewers to be suspicious of this kind of serenity. From the works of David Lynch, to the Stepford Wives (1975), to WandaVision (2021), we have been absolutely inundated with content telling us to be wary of suburban life. Don’t Worry Darling plays that very same game, barely waiting a minute before it starts seeding all the strange happenings. Thankfully, it’s put to effective use here, as we are quickly hooked by the eerie tone, which in turn makes us very forgiving of the quieter moments. This makes it the kind of film which encourages you to pay close attention.

With that in mind, it’s frustrating to note that these quieter moments actually lose some of their intrigue despite clearly still intending to have some. The issue is in the middle act, as there doesn’t seem to be anything more established beyond the general sense of strangeness. Sure, there’s one eerie event after another, but it gets to a point where they don’t really build the plot at hand. There’s unmistakable thematic reasons for every creepy occurrence, but even that holds very few shocking moments as the main narrative point is clear straight away. Thus, Don’t Worry Darling sometimes feels like it never gets out of the first act, while simultaneously giving very few genuine surprises as the story unfolds.

In terms of actual plot mechanics, this is further compounded due to the final twist being evident from the very beginning. On paper, the explanation for the film’s events is rather shocking, depraved and complex, but it was clearly supposed to be a massive revelation. When all is said and done, it’s actually not that radical, original or shocking. We’ve seen this exact twist done many times over, and with far greater nuance. Granted, there’s definitely interesting and deeply important layers to unpack there, but the film’s own narrative logic doesn’t assist the thematic power. You find yourself questioning the internal logic of it all, as well as the character motivations of nearly everyone involved. Sadly, these questions don’t create satisfying answers on a plot, story or thematic level, instead just creating more distracting problems which take you out of the film.

Given that, it’s good that Florence Pugh’s central performance is as strong as it is, meaning you’ll be giving the film tremendous benefit of the doubt. Pugh has certainly cemented herself as one of the best young actors working today, which her turn in Don’t Worry Darling continues to confirm. On the strength of her one performance, you’d be convinced that Don’t Worry Darling is a masterpiece, as she applies impressive emotional realism to these otherworldly proceedings. Even when surrounded by industry veterans like Chris Pine, Gemma Chan and Olivia Wilde (who also directed the film), Pugh’s comparatively small resume barely factors as a concern, as her work gives those heavy hitters a run for their money.

Similarly, this outstanding element is marred by the story surrounding it, as the film doesn’t successfully establish all the necessary groundwork as far as character development is concerned. Huge character defining scenes occur merely because the plot requires them to, not because they’ve been effectively set-up. However, it’s quite clear that all the performers knew what they were doing, and knew how each moment bled into the next, but it almost feels like there are entire chunks of important moments left out of the final cut. This leaves you wondering where things got lost in translation between the on-set direction and the editing room, as it’s hard to imagine any of the principle players really believing that everything they were intending made it to screen. Needless to say, Don’t Worry Darling feels like the kind of film which would truly benefit from an extended cut.

Ultimately, Don’t Worry Darling is a very annoying film. Not because there’s no brilliance in it, but rather because there very much is. That brilliance is so obviously boiling underneath the surface, but isn’t successfully brought to the forefront. It has a strong cast, a strong central theme and a brilliant premise, but it’s let down by a vaguely timid energy, which sadly struggles to find any originality or intrigue.

Best way to watch it: With the deleted scenes edited back in. 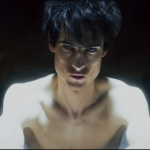 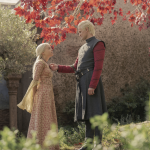