Despite the Marvel franchise being regularly criticised for taking creative control away from their directors, there’s actually a plethora of films which disprove that. The Russo Brothers completely upended the entire overarching narrative with Captain America: The Winter Soldier (2014), James Gunn infused the Guardians of the Galaxy series (2014 – 2017) with his brand of fluffy emotion, Taika Waititi brought his irreverent spirit to Thor Ragnarok (2017), Ryan Coogler turned Black Panther (2018) into a sociopolitical tragedy, and Chloe Zhao made Eternals (2021) an introspective art film. The Marvel brand is far more creator driven than people realise, which is exactly why the franchise continues to be bullet proof. With Doctor Strange in the Multiverse of Madness (2022), Marvel has let legendary filmmaker Sam Raimi off the leash.

The story kicks off with the arrival of America Chaves (Xochitl Gomez), a super powered teenager on the run from interdimensional monsters trying to kill her. What makes America special is her ability to travel between different universes, which puts her in the path of the superheroic sorcerer, Dr. Strange (Benedict Cumberbatch). Having already dealt with multiverse shenanigans in Spider-Man: No Way Home (2021), Dr. Strange thinks he is equipped enough to handle this situation, but things become complicated when it turns out that Wanda Maximoff A.K.A The Scarlet Witch (Elizabeth Olsen) is the one after America. While trying to protect her from harm, Strange falls into a surreal journey across the multiverse, learning and experiencing things he could never have guessed about the cosmos as well as himself.

These Marvel Studios films seem to be getting bigger, louder and more complicated as time goes on. This is definitely in the positive sense, as they have rightfully earned their expansive cinematic universe with a decade’s worth of stories. Following the release of Loki (2021), What If… (2021) and Spider-Man: No Way Home, we all knew the convoluted multiverse of films was about to explode wide open, which prompted equal levels of excitement and concern. Would Doctor Strange in the Multiverse of Madness be too overstuffed? Would it still function as a narrative or be remotely comprehensible? Amazingly, the film manages to find purpose with its overabundance of characters and content, as well as relatively easy to follow. The weirdly short runtime has some saying the narrative feels rushed, yet it rarely does. Even while it’s pausing to explain character motivations and thematics, Raimi energetically keeps things moving and wastes no time arriving at the point.

On that note, it’s actually staggering just how much of himself Raimi puts into the film. Sure, he’s still playing in Marvel’s sandbox, yet Raimi is definitely not playing it safe. This is not the Sam Raimi who brought us the original Spider-Man Trilogy (2002 – 2007), but rather the Sam Raimi who brought us The Evil Dead (1981), Evil Dead 2 (1987), Army of Darkness (1992) and Drag Me to Hell (2009). His singular balance of horror, comedy, sincerity and camp are on full display, giving Doctor Strange in the Multiverse of Madness a wonderfully quirky mix of tension, creativity and hilarity. Certain nightmarish concepts are paired with unexpectedly dramatic moments, creating a blend of genuine emotion and laugh out loud lunacy that you have to experience to believe. The confluence of tones may be too bizarre for some, but Raimi knows it’s appropriate for the surreal world of Dr. Strange.

With that in mind, Raimi barely tries to shelter the younger superhero fans from his twisted imagination. Don’t worry, Marvel hasn’t all of a sudden let an R-rated film slip through the cracks, but Doctor Strange in the Multiverse of Madness goes about as far into brutal violence as you can get for a film hypothetically suitable for children. It’s for parents to decide whether or not they want their kids to experience it, but every child has their first shock-horror film and it may as well be one that allows the viewer to have a good time. This is the core of what makes Raimi such an infectiously enjoyable filmmaker, as he delivers content which may offend the sensibilities of traditional moviegoers, yet he makes us love him for it.

This is of particular interest when it comes to the hardcore Marvel fans, as it’s likely many of them will be dissatisfied by the seemingly off-brand touches. This is definitely not the Dr. Strange sequel the fanbase was expecting, as it deliberately leans into action and character beats that refuse to be tied down by expected standards. Raimi’s crazy ideas will probably be more embraced by adventurous viewers, as they will welcome things like a symphonic music battle or a cape made out of demon souls. Raimi’s insanity is a bolt of energy keeping this series alive, and that translates to the committed performances from Benedict Cumberbatch and Elizabeth Olsen. He’s even brought Danny Elfman along for the ride, who delivers one of his best and most pulpy scores in years.

There are genuine problems with the film’s structure, but there’s no significant damage as they are baked into the film’s madness. When the second act is under threat of being heavily bogged down by endless cameos and references, it’s dealt with in a way that is both highly enjoyable and narratively necessary. More noticeably, there’s one too many MacGuffin’s which have both no utility and require further explanation, which is a ‘strange’ dichotomy of issues for a plot element to have. It’s almost as if Raimi knows this, meaning he doesn’t spend too much time worrying about it. Instead, he focuses on the imaginative action, tone, narrative, character and thematic arcs, which is far more important to an engaging cinematic experience. On that note it’s the mirrored character arcs which hold the most interest, which are somehow both complicated and simplistic. There’s certainly a lot of motifs to keep track of, yet they still manage to convince us that they belong in this story.

It’s surprising to say that the biggest and most mainstream film series has delivered an entry that won’t be to everyone’s taste, but that is precisely why Marvel continues to be relevant. The studio knows they can’t be complacent if they’re going to survive, so thankfully they are happy to let a madman like Sam Raimi have his way with one of their currently biggest characters. Raimi himself kicked off the modern superhero craze with his groundbreaking work on Spider-Man (2002) after all. We should be glad he’s not afraid of being ridiculed, make a mess of things, or take relatively large swings within the realm of tentpole cinema. Doctor Strange in the Multiverse of Madness may not be the movie we were expecting it to be, but it’s the movie we needed, as it reminds us that films can take us for an unexpected ride.

Best way to watch it: On Uppers. 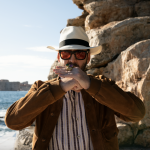 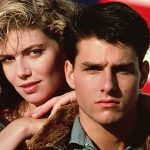