To cash in on Marvel’s success, Warner Brothers went full steam ahead into a cinematic universe based on DC’s heroes. Instead of making one film at a time, they committed to a vision without first seeing how audiences reacted to it. This came to a head with Justice League (2017), which was midway through production when the studio got the news that Batman v Superman: Dawn of Justice (2016) had been received as one of the most divisive big budget films in years. A midstream course correction, Zack Snyder’s departure from the project due to his daughter’s passing and Joss Whedon last minute hiring resulting in a hacked together homunculus of a film. Moviegoers could sense it was a compromised mess, leading to a call for Warners to release Snyder’s unfinished directors cut of Justice League.

Francis Ford Coppola and Ridley Scott have spent obsessive amounts of time retooling, re-editing and re-releasing films like Apocalypse Now (1979) and Blade Runner (1982), yet none of this compares to Zack Snyder’s Justice League (2021). Even though the original had no fans, people demanded Snyder be given the chance to complete his story. It’s kind of amazing the studio caved to the fan campaign, even allowing Snyder carte blanche to deliver (what has turned out to be) a four hour long epic. The story still follows Bruce Wayne/Batman (Ben Affleck) and Diana Prince/Wonder Woman (Gal Gadot) assembling a team of heroes to fight the alien threat, but the extra footage, intense re-editing and axing of Joss Whedon’s content has essentially made it a completely different experience.

The most obvious change is the visual presentation, which has been restored to be more in line with Snyder’s signature aesthetic. The theatrically released film was colour graded to have the same cartoony vibrance of the Marvel films, which was in complete defiance of how the film was shot, lit and production designed. Therefore, the theatrical colour grade made everything look awkward, fake and garish. Sets, costumes, lighting and camerawork are all designed around how they are intended to appear on screen, so thankfully the restoration allows the viewer to properly appreciate the deliberate dark tones. This in turn highlights just how captivating Snyder’s visuals are. His work on 300 (2006) and Watchmen (2009) made his directorial style instantly recognisable, but this cut of Justice League is arguably his magnum opus as far as visuals are concerned.

Removing Whedon’s content has a far greater effect on the film than just altering the visual presentation. Part of what made the theatrically released Justice League feel like an uninspired mess was its wildly inconsistent tone, which alternated between Synder-esque grandeur to Whedon-esque quirkiness. Whedon’s love of witty camaraderie served The Avengers (2012) well, but it went to waste in his Justice League, making the film feel like it had amnesia about the previous films more sombre tones. To be fair, the inappropriate use of humour was probably mandated by the studio as a response to Man of Steel and Batman v Superman’s mixed reception. As a result, there were a multitude of head-scratching moments which were more awkward than funny. Happily, Snyder’s version does away with (most) of these awkward instances and provides greater context for the mythic tones.

“Mythic” is really the best way to describe Snyder’s interpretation of DC’s world. Even by looking at Snyder’s larger filmography, it’s clear he has a passion for larger than life heroes who transcend the bonds of simple humanity. DC heroes like Superman, Batman, Wonder Woman, The Flash, Aquaman and Cyborg embody that mythic ideal and Snyder’s interpretation of these characters exemplifies this over all other aspects. Prioritising grand self-importance arguably still comes at the expense of everything which makes these characters fun, but it’s far more well defined here than it was in Snyder’s previous efforts. For the first time in any of these DC films, the idea that these heroes are the modern analogue to legendary figures like Zeus, Hercules and Apollo rings true. It’s nothing short of awe-inspiring to see the Justice League as a new Pantheon of Gods.

It’s kind of fascinating how much more engaging the story is this time around, despite the major beats being unchanged. What has been changed is the narrative context, as every story point is as fleshed out as possible. Some of the bizarre and silly moments are still here, but they go down a little easier due to the hours of extra weighty content. By law of averages, taking a barely two hour film and bumping it up to four hours had to result in at least some of it being worthwhile, but that shouldn’t discount just how genuinely enveloping it is now. Moments that just seemed to happen in the original film have explanations, the world-ending stakes are clear and characters have comprehensible motivations. To be fair, this is kind of the bare minimum of what’s expected from a film, so it really depends on how much stock the viewer puts into those things if they’re going to be blown away by the storytelling.

The added narrative context rights the biggest wrong of the entire DC franchise by making the characters compelling and likeable. For instance, Superman is more culturally important than nearly every other fictional character in existence, so it’s always been an unresolved issue that his famed ‘death and return’ story arc is kind of meaningless. His death in Batman v Superman barely prompted a reaction from anyone. While Snyder’s Justice League can’t go back in time and fix Batman v Superman’s flaws, it does finally find meaning to this all important story. It’s clear now that Snyder was playing the long game in giving audiences a Superman who’s worth looking up to. He’s not the only character benefiting from the new content, as every member of the team (especially Cyborg) are given compelling moments.

The theatrically released Justice League left a very bad taste in people’s mouths, especially when you consider these characters have been far more iconic for far longer than almost every Avenger. For many viewers, it didn’t seem fair that Marvel defined the modern superhero film genre when it was DC who wrote the original rule book. Why was Marvel easily able to give us hit after hit, while DC was only giving us half baked deconstructions? Thankfully, Zack Snyder’s Justice League feels like a deliberate reconstruction of the superhero myth, finally giving fans a good film to put on the mantle. It may not fully vindicate the franchise’s rocky history, but it was a worthwhile dream brought to vivid life.

Best way to watch it: In the whole four hour session. May as well. 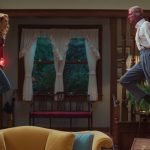 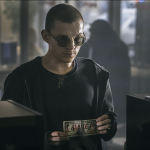