There is a very thin line separating theatre and cinema, yet very few filmmakers dare cross that line. Director Kenneth Branagh is one of the very few known for doing it on a regular basis. The most extreme examples of his affinity for theatricality are his versions of Much Ado About Nothing (1993) and Hamlet (1996), two Shakespeare plays he brought to screens as both director and star. His love of classic literature extends even further, as he often applies his skills to adaptations of famous novels, many of which have a theatrical tone fit for the stage. Back in 2017, he took it upon himself to reboot Agatha Christie’s famed detective Hercule Poirot in Murder on the Orient Express (2017). Given the film’s box office success, it was only a matter of time before Branagh tackled Death on the Nile (2022).

Set in 1937, we are reintroduced to Hercule Poirot (Kenneth Branagh) while he is holidaying in Egypt. As fate would have it, he is reunited with his old friend Bouc (Tom Bateman), who invites him along to be a guest of newlyweds Simon Doyle (Armie Hammer) and Linnet Ridgeway-Doyle (Gal Gadot). The rich couple are enjoying their honeymoon with a group of friends, family and associates, but there is one uninvited guest: Jacqueline de Bellefort (Emma Mackey), Simon’s obsessive ex-fiancé. Jacqueline has been stalking the couple, doing everything she can to make their marriage a waking nightmare. Along with Poirot and their entourage, the couple retire to a luxury cruise on The River Nile in-order to feel safe, but tragedy strikes when an unexpected murder occurs. Poirot must now use his famous skills of deduction to figure out who the killer is and what the motive was.

Along with Sir Arthur Conan Doyle, Agatha Christie practically created the detective mystery genre, so it’s always a risk adapting her work as it may feel cliched or played out by modern standards. Whereas most would see these oft parodied genre tropes as a hindrance, Branagh sees them as his greatest asset. There’s something infectious about how unashamed the director is of the archetypal elements, as he leans into the broad characters, melodramatic interactions, and shocking revelations. This arguably can go a bridge too far from time to time, as the overly dramatic tone makes some of the more ridiculous moments awkwardly stand out. For instance, it’s very hard to keep a straight face when the Egyptian coroner disposes of bodies by wrapping them like ancient mummies. However, it’s fun to see Branagh relish the theatrical drama as well as tell the story without an ounce of irony.

Interestingly, Branagh’s completely genuine love for the material has prompted him to greatly flesh it out, which is uncommon for novel adaptations. In most cases, filmmakers try to streamline the story by removing plot points, but Branagh adds more than he subtracts. From altering some characters, to including certain social considerations, Branagh clearly wants to bring this story to the screen with more detail than ever before. For those who’ve read the book this will definitely be a fun game, as you could spend a lot of time discussing the similarities, differences and additions. On that note, some of these additions seem rather superfluous and will just elicit laughter rather than enlightenment.

This does more than just add detail to the narrative, as it actually has a near detrimental effect on the film’s pacing. For a chilling murder mystery, it takes an agonising long time for any murdering (or even a mystery) to occur. The film spends over an hour on plot set up and character introductions, all of which struggle to register as necessary context. For a while, it’s almost as if the film should be re-titled to “Love on the Nile”. While there’s no issue with structuring a film to dramatically pivot its tone half way through, the overly extended build up makes the later clue hunting sequences feel rushed and slightly predictable.

Granted, Death on the Nile is one of the most famous murder mysteries ever written, thus saying the solutions feel predictable is slightly unfair. Branagh knows he’s not bringing any new revelations to the table, so to make up for it he has infused the film with as much energy and colour as he can. Wherever possible and whenever appropriate, he employs motivated camerawork, dramatic edits, and a noticeably orchestral score. Much of this narrative involves people talking to each other in rooms, so it’s fun to see how he manages to keep these scenarios visually interesting. Not all of the green screen composting is perfect and many of the camera choices don’t have a consistent style, but the effort is appreciated.

As far as the cast goes, Branagh is still very skilled at directing his actors to appropriate levels of melodrama. There are some questionable performances which slip through the cracks, but there’s enough energy here to smooth over the kinks. The standout is Emma Mackey as Jacqueline de Bellefort, delivering the most enjoyable and memorable performance. Mackey has already made a name for herself on the Netflix show Sex Education (2019 – Current), so it’s no surprise that she is a talented performer. What makes her turn here especially notable is that her work totally eclipses all of the far more established talent, including Gal Gadot, Armie Hammer, Annette Bening, Rose Leslie and even Kenneth Branagh himself. The main net positive we will feel from Death on the Nile is that it was the cinematic arrival of an exciting A-Lister.

Ultimately, Death on the Nile is enjoyable enough to justify its existence, but not quite good enough to stay invested in. It’s a relatively fun ride while it lasts, but you’ll probably forget about it until you see it playing on TV down the line. However, there’s nothing inherently wrong with this, as the cinematic medium sometimes needs lightweight fluff that we can passively watch. What makes this one stand out at all is that the filmmaker behind it treats it with as much excitement as he does his grander projects.

Best way to watch it: On a plane. 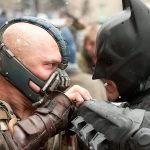