Not long ago, I was asked by a friend when (in my opinion) Disney productions would no longer be the king of the cinematic food chain. My answer was easy: not in our lifetime. Quite simply, Disney’s many creative arms control so much of our modern popular culture. They aren’t just producing media which reacts to trends, they are creating trends. Whether or not their influence is good for cinematic originality is null and void, as they have trained audiences and studios to primarily trust branded content. This explains how Disney has been able to recreate movies everyone has seen and still make a billion dollars a piece. No one asked for remakes of The Lion King (1994), Aladdin (1992) or Beauty and The Beast (1991), yet we got them anyway. Now we’re going deeper into the Disney vault with the release of Cruella (2021), a live-action origin story of the famous villain from 101 Dalmatians (1961).

Set in London during the punk rock movement of the 1970s, we are introduced to a young woman named Estella (Emma Stone), who has always dreamed of being a fashion designer ever since she was a girl. She was raised by her caring mother Catherine (Emily Beecham), who nurtured Estella to be kind, soft and caring. In doing so, Estella suppresses her dark side, which Catherine named “Cruella”. Following the death of her mother, Estella befriends two petty thieves named Jasper (Joel Fry) and Horace (Paul Walter Hauser), whom she decides to stay with and engages in a life of street crime. Despite becoming a skilled pick pocket, she still wishes to become a fashion designer, putting her in direct conflict with Baroness von Hellman (Emma Thompson), a powerful and conniving presence in the fashion world. To outwit the Baroness, Estella slowly lets ‘Cruella’ take control.

In most cases, these Live-Action Disney remakes tend to just tell the same story but with some extended sequences. Cruella stands apart from its peers, as the events of the film are wholly separate from the events of the original. With that in mind, it’s probably close to Maleficent (2014), seeing as it takes a chilling villain and makes her the protagonist. There are very clear lines as to how this story bleeds into the cartoon, but the narrative thankfully doesn’t entirely hang on its references. They are all there, but it’s all arranged in a way that could easily have been a story unrelated to any Disney property. If anything, the connection to the original film is the main narrative drawback, as there may be some unintentional awkwardness in having this protagonist be the same villain we remember from the cartoon.

This is the one area where Maleficent fares better than Cruella, as it’s a bit uncomfortable being made to sympathise with her. Films like Raging Bull (1980) or There Will Be Blood (2007) prove it’s completely acceptable to have protagonists who are completely unsympathetic monsters, but Disney probably isn’t going for that kind of audience. They aren’t going to delve into that level of nuance, instead opting to make the audience like the villainous protagonist. Maleficent was a force of pure evil in Sleeping Beauty (1951), but when she was the protagonist of her own story, she was sympathetically reinvented to be a misunderstood victim. Cruella tries to do a similar trick, but it’s hard to sympathise with her seeing as we know she’s destined to become a puppy killer.

Despite failing to appropriately direct the audience’s sympathies, director Craig Gillespie is clearly injecting the film with Scorsese-esque energy. The soundtrack, camerawork and editing lean into aesthetics most associated with Goodfellas (1990), Casino (1995) and The Wolf of Wall Street (2013). This style elevates the film beyond its peers, making it the first live-action Disney remake you can enjoy without thinking about the cartoon. Considering how tied to their origins these remakes are, it’s great to see one that is (almost) completely self-serving. Cruella gives the Scorsese treatment to its signature character in the same manner Joker (2019) did, only Cruella has the decency to not completely steal a Scorsese plot. Comparisons have been made to The Devil Wears Prada (2006), but Cruella takes inspiration from many sources to create a relatively new tale, instead of just copying one famous film.

By the time the credits roll, you’ll be wishing the film had nothing to do with 101 Dalmatians, as all of the weakest narrative beats are a result of the connection. Thankfully, none of these referential story points are enough to sink the ship, but they are integral enough to the main plot and signature character arc that they can’t help but have an unfortunate ripple effect. At best, these moments are a little distracting and at worst they make the film feel a little too silly and predictable. This has the added effect of making the film overstay its welcome, as many scenes play out for a little longer than necessary. Every sequence spends the time to develop the plot at hand, while also spending additional minutes linking things to the cartoon. 134 minutes feels like an eternity for a story which should naturally wind up around the 115 minute mark.

Happily, the enjoyable performances distract from the film’s defects. Emma Thompson is always dependable and does predictably fine work as Baroness von Hellman, effectively acting as a proto-Cruella. The Baroness needed to be truly despicable and Thompson completely delivers on that promise. You needed an actress of immense talent to match Thompson’s screen presence, so the casting of Cruella herself was of paramount importance. Emma Stone may not be the first person that came to mind, but she well and truly shuts up any naysayers. This is especially impressive considering she will be compared to the amazing Glenn Close. Sure, the narrative conceit of Cruella having two personalities could’ve been handled more deftly, but that’s a writing default more than a performance one. Stone takes what she is given and runs with it, making Cruella (and Estella) infectiously fun to watch.

Given the sheer omnipotence of Disney, it’s actually painful to give a recommendation to one of their live-action remakes. Every time one of these films does well we are essentially telling the studios that all we want are remakes, and reboots of old properties. Therefore, it’s both frustrating and rewarding to see Cruella mostly succeed on its ambitions. Hopefully, Cruella is a signal to studios that we just don’t want the same old thing, seeing as its greatest strengths were its moments of originality. If we can make that clear to the powers that be, then maybe we can start getting unique stories even when we are given rehashed concepts.

Best way to watch it: Maybe without your dogs around. They might get nervous. 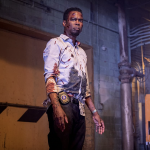 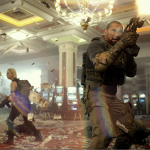