Throughout awards season, there’s occasionally one small film which grabs the spotlight. They generally have a very modest opening, appearing on the festival circuit and slowly gaining respect and critical acclaim. If the production is lucky, the festival success will lead to some kind of wider distribution, allowing for the little movie to be seen by the masses. While this may not result in massive box office returns, the mainstream attention does give the film an opening into the Academy Award conversation. No one ever expects these kinds of films to win, so it’s especially staggering when they do gain genuine traction. Come Sunday night Pacific Daylight Time, we’ll see if CODA (2021) manages to pull off this feat. Even if it doesn’t pull a surprise win, Sian Heder’s film is still worth your time and attention.

Set in Gloucester Massachusetts, we are introduced to Ruby Rossi (Emilia Jones), a teenage girl who is the only hearing member of an entirely deaf family. This has put Ruby in a strained position for her entire life, as she never has time for herself due to always needing to interpret for her family. Carrying out this responsibility since childhood has made her the target of constant bullying and has stunted any plans she has for her future. Her father Frank (Troy Kotsur), mother Jackie (Marlee Matlin) and brother Leo (Daniel Durant) have the expectation that she will go into the family fishing business full time as their interpreter, but Ruby wants to go to a prestigious music college as a singer. Given that she’s never sung for anyone who could hear her, this is a daunting dream as she has no idea if she has talent and her family can’t reassure her of that, making it difficult for them to support her. Thus, Ruby is torn between her responsibilities to her family and what she actually wants out of life.

As is evident from the plot description, the basic plot isn’t dissimilar from anything we’ve seen before. Right from the word go, you’ve probably already figured out how each of the central character arcs will play out, as well as how the narrative itself will wrap up. This is even more apparent when considering that CODA is an English-Language remake of French film La Famille Bélier (2014). So while the fact remains that CODA is not an original or fresh story, it’s important to note that it feels original and fresh. You’re probably wondering how that’s even possible, but it merely comes down to execution, presentation and tone. CODA doesn’t wallow in the expected melodrama, nor does it overdo the necessary comedy. Heder balances these tonal shifts gracefully and subtly, making the film feel uncommonly down to earth while maintaining its artfully constructed cinematic qualities.

Heder’s quietly classy direction is made even more enjoyable when paired with the film’s narrative context. We rarely see the deaf community depicted on film, so it’s truly fascinating seeing the coming-of-age tropes through this lens. Intensely dramatic moments (which would ordinarily be loud and bombastic) are quiet and introspective, and moments of hilariously witty dialogue are communicated visually. As a result, CODA engages the viewer so deeply that you’re not going to want to miss a single visual cue. The hearing characters communicate their emotions through their words as per usual, but you’re even more touched when sign-language is communicating those emotions and motivations. The effect is so strong that you know exactly what’s being said even when the subtitles are occasionally removed.

With that in mind, it’s worth noting how impressively CODA makes the audience empathise with all the characters’ struggles. We are definitely in Ruby’s corner and want her to be happy, yet we are still afforded the opportunity to understand the opposing forces’ perspectives. Heder gives every player ample opportunity to shine, allowing us to become invested in everyone’s genuinely powerful narrative arcs. While the film never shies away from creating drama and conflict, there’s no true villain in this story as every character’s motivation is justified in their own way. Whether or not it’s depicting school life, the deaf community, or familial friction, CODA makes the viewer want happiness for all parties.

This is especially interesting when you realise that happiness for one side will inevitably result in unhappiness for the other. This is the heart of what makes CODA so compelling to watch, as it’s hard to imagine a happy ending given all the narrative threads. The audience has an idea of how things will unfold, but they’re ready to be heartbroken by the result no matter what. Therefore, once the climax rolls around and the tears start flowing, it’s unbelievably satisfying when you realise the tears are cathartic rather than depressing. Happy endings are often considered less complex than downbeat endings, but that is not the case here. CODA leaves you feeling good and still gives you many things to think about.

In order to deliver these emotions, CODA needed an absolutely stellar cast, which is exactly what it has. Unsurprisingly, Marlee Matlin does incredible work as Ruby’s mother Jackie, bringing all of her nuance and humanity to a character who could’ve been unlikable in less capable hands. Eugenio Derbez fills out the mentor role of Bernardo with equal amounts of inspiration, panache and sarcasm. Troy Kotsur as Frank is a revelation, acting as both the heart of the film as well as light comic relief. Kotsur is most likely a lock for Best Supporting Actor at this week’s Academy Awards. Most enjoyably, CODA is even a wonderful showcase for newly emerging talent, including Daniel Durant, Ferdia Walsh-Peelo, Amy Forsyth and Emilia Jones.

If CODA does manage to pull a surprise win at this year’s Oscars, one of two things will happen: it will go down in history as a great result for a quietly deserving film, or it will be repeatedly ridiculed for winning over bigger and more technically impressive films like Dune (2021), The Power of the Dog (2021), Licorice Pizza (2021) or West Side Story (2021). If it does win, hopefully it’s the latter.

Best way to watch it: Is it too obvious to say ‘with subtitles on’? 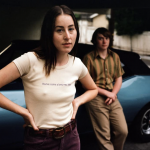 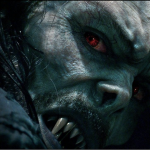