Back in the 1990s, there was a surge of action, thriller and crime films with pulp stylings. This can be credited to Quentin Tarantino, who shocked us all with Reservoir Dogs (1992) and Pulp Fiction (1994). These films exhibited gritty violence, dark comedy, ice-cool characters and witty, conversational dialogue. Even copycats like Falling Down (1993), Leon: The Professional (1994), Get Shorty (1995), Trainspotting (1996), Snatch (2000) and many others found an audience. These weren’t realistic crime films, but they captured the imagination of viewers, critics and filmmakers. Like any successful trend, there were plenty of entries which failed to capture the magic, such as Suicide Kings (1997), The Boondock Saints (1999) or Reindeer Games (2000). These types of films aren’t the critical or commercial darlings they used to be, so it’s fascinating to see the genre making a comeback with the likes of Bullet Train (2022).

Set in Tokyo, we are introduced to Ladybug (Brad Pitt), a seasoned mercenary who constantly laments that he is plagued with bad luck. As it happens, Ladybug is called in to retrieve a mysterious briefcase from a bullet train, but it is being guarded by a pair of hired assassins, Tangerine (Aaron Taylor-Johnson) and Lemon (Brian Tyree Henry). This dynamic duo are on their own mission, as they have been tasked by the infamous crime lord, The White Death, to deliver both the briefcase and his estranged son (Logan Lerman). Meanwhile, a man named Yuichi (Andrew Koji) has been lured to the train by The Prince (Joey King), a young criminal mastermind dressed as a school girl. All of these disparate elements eventually converge, engulfing the train in a flurry of chaos.

For starters, it’s probably most prudent to figure out which of the pulp-crime classics Bullet Train resembles the most. There’s certainly a mixture of inspirations, but the two that most readily come to mind are True Romance (1993) and The Usual Suspects (1995). The former for its cast of colourful characters chasing after a crime-lord’s briefcase, and the latter for its plot being built around the mysterious crime-lord’s mythic reputation. Despite these notable references, Bullet Train is very much its own original piece, as director David Leitch injects the source material with nearly all the irreverence he brought to Deadpool 2 (2018). As such, Bullet Train thankfully doesn’t feel like a rehash of the genre’s heyday, instead paving the way for a new beginning.

For the most part, Bullet Train is brimming with intense energy, ensuring the narrative pace is at an almost constant high speed. This works greatly in the film’s favour, as it creates intrigue in moments which could’ve been very dull. The exposition is delivered in a highly engaging manner, as we are dropped into the action and have to infer what’s happening through osmosis. By the time the explanations are actually delivered, we’ve already figured out the ins and outs, meaning those key plot points can get straight to the twists, turns and reveals. It’s actually pretty refreshing, as the film invites the viewer to pay close attention and rewards them for doing so.

Despite the execution of the storytelling being fairly polished and engaging, it’s not entirely perfect given that the actual plot details don’t make complete sense. There’s a staggering amount of double-crosses, fake outs, bluffs and hidden agendas, all of which are heavily ingrained in character, motivation and themes. While all of this forms the basis for what makes the film as enjoyable as it is, the various twists and turns can create unnecessary confusion. When you take the time to actually piece it all together, some of the main motivating factors driving the characters don’t really fit together (especially considering it’s the same handful of characters pulling all the strings). When you take a step back, you realise that these heroes and villains are making their goals and plans far more complicated than necessary. However, this could be part of the film’s self-awareness, so it’s fairly forgivable.

With that in mind, the film’s central theme of luck and bad luck does a wonderful job holding it all together. This is a dangerous concept to tackle, as it can sometimes feel like the storytellers have handed themselves an excuse to cut corners. Thankfully, Bullet Train succeeds in its analysis of luck more often than it fails, as it enhances the darkly comedic tone. Some characters consider themselves prone to good luck, while others are prone to bad luck, yet the irony is that the opposite is true depending on the character and the situation. It’s an enjoyable element of the film, made even more engaging by the wonderful performances of the entire cast.

While there’s plenty to praise, Bullet Train sadly does lose some of its charm by the time the third act rolls around. For most of the film, the action is scrappy and imaginative, exploiting the various cabins on the train for all they’re worth. From fist fights, to gun fights, to sword fights, Bullet Train’s action is tense and kept in very close quarters. It’s all fantastically staged, right up until it becomes a standard action blockbuster with the usual run of explosions, computer generated visuals and over-the-top spectacle. To be fair, all the action is fairly over-the-top, but it felt very unique and engaging when it was more confined to the train itself. The explosive ending of Bullet Train is the same kind of bombastic final fight you’d see in any other action film, thus making this film’s third act the least exciting sequence by a wide margin.

Ultimately, it’s unlikely Bullet Train will create a second renaissance of the gritty crime-comedy, but it definitely proves there’s still plenty for the genre to offer. Therefore, Bullet Train will probably be mind-blowing for younger viewers who have yet to see those older classics, so let’s hope it does open the doors for even more outrageously fun outings.

Best way to watch it: Is it too obvious to say on a train? 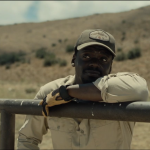