On occasion, films are released intending to unpack important issues. Topics including politics, equal rights and abuse are usually covered. There’s no denying these are things which must be discussed openly if there’s to be any social progress. To avoid being risky, most films of this type adapt events from long ago. This is because historical hindsight causes most people to eventually have the same perspective on social issues. So when a filmmaker decides to adapt recent history, it’s a surprising and bold choice because it will almost always be controversial. As is the case with Jay Roach, the director of Bombshell (2019). The fear of sparking shock and awe hasn’t fazed Roach, as he knows the social issues covered in the film need to be addressed here and now.

At the 2016 Republican Party presidential debate, Fox News broadcaster, Megyn Kelly (Charlize Theron) gets into a heated feud with Donald Trump over his treatment of women. The media frenzy eventually leads to a war within Fox News itself, as Gretchen Carlson (Nicole Kidman) files sexual harassment charges against Roger Ailes (John Lithgow), the CEO of Fox News. Meanwhile, Kayla Pospisil (Margot Robbie) is a fresh Fox employee looking to expand her career and has attracted Ailes’ attention in all the wrong ways. This is a recount of the recent past, but is also a fresh memory for the real life people depicted. Roach is fully aware of this pressure and throws in every cinematic trick learnt from Martin Scorsese and Adam McKay.

Similar to McKay, Roach came from a comedy background, directing films such as Austin Powers (1997-2002) and Meet The Parents (2000). Sure, he did show dramatic talents with Trumbo (2015), but his work here truly represents a sharp jump into artful direction. As is expected from an office drama, we get scene after scene of dialogue driven conflict. Roach is able to stage every scene with a bitingly confrontational air. The interactions between the characters could have been mundane as we jump from board room to board room. However, Roach manages to infuse nearly every moment with high levels of tension. A silent elevator ride becomes a nail-biting journey and a simple phone call becomes a declaration of war. Roach’s directorial abilities handle the confronting tone with utmost precision, which definitely helps cover up the script and structural shortcomings.

They say that truth is stranger than fiction, which probably explains why it’s so difficult to write convincing scripts from real life stories. This isn’t to say Charles Randolph doesn’t do great work with the screenplay, but there’s slightly underwritten dialogue at times. Screenplay’s go through many revisions, often starting as heavily expositional and eventually getting smoothed out to sound more natural. With that in mind, it does feel like Bombshell needed one or two revisions. The unnatural dialogue doesn’t sink the film, but it does stop the events from feeling 100% real. It’s not a huge issue, as the script definitely delivers fully realised characters and gets its messages across clearly. Not to mention the actors selling the hell out of it.

The most daunting thing for an actor is to portray someone who is alive and well. Thankfully, Charlize Theron doesn’t shy away from the challenge, capturing Megyn Kelly’s charm and confidence. Theron successfully transforms into a woman who looked Donald Trump in the eye on multiple occasions and called him out on a thing or two. Margot Robbie has an arguably tougher job, playing a fictional character who represents many victims of Ailes’ advances. Robbie has some of the most confronting scenes on her shoulders and doesn’t buckle under the pressure. John Lithgow also does fine work as Roger Ailes, effectively displaying his warped perception of support and his abuse of power. Nicole Kidman is sadly underserved as Gretchen Carlson, as she merely sets the action in motion before being benched. A real shame, considering that Kidman is always a delight when she has a meaty role.

Despite the amazing work from the performers, the slight imbalance with the characters does create a handful of structural imperfections. It’s almost as if the narrative has two distinct halves. The story squarely focuses on political scandals for the first act and a half, eventually shifting focus to social scandals. These narrative shift’s aren’t completely smooth and can be little jarring. These are mostly real life events, so it’s not unreasonable to suggest that real life doesn’t flow like a traditional narrative. There is usually an allowance for creative license to fix story structure, yet Roach doesn’t give himself that chance. The slight lack of focus prevents the thematic discussions from going as deep as they could have, but are still engaging and addressed effectively enough.

Despite the unrefined structure, the social themes are mostly functional. Roach has figured out how to convey the complex issues in interesting and frenetic ways. You’d think that he’d eventually run out of ways to make his point, yet he never does. He doesn’t repeat any notes, constantly showing different layers of sexual abuse in the workplace. Roach is never exploitative, even breaking away from narrative filmmaking to adopt the style of a documentarian. Impressively, he gets the audience to feel the gravity these issues without needing to show anything explicit. However, there is a drawback to this restraint, resulting in a slight lack of complexity. The messaging is still powerful enough, but Roach does sometimes try to find easy explanations where there are none.

Time will tell if Jay Roach addressed these issues with 100% effectiveness and grace, but he has opened some doors. Roach has displayed directorial abilities that will propel him into the future. Not only has he given his career new life, but has brought up contemporary concerns which will surely get more airtime now. Bombshell isn’t the most refined or most complex social message film, but it might be a stepping stone to some really great ones.

Best way to watch it: As a companion piece to a documentary. 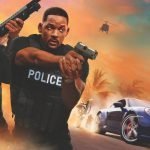 The True History Of The Kelly Gang (2020) Review