Like it or not, comic book adaptations are at the top of the cinematic food chain. Especially considering that the two biggest names in town (Marvel and DC) each have a Best Picture nominated film in their resume. Awards recognition isn’t the only priority for these films, but it proves that the genre is evolving to stay relevant. For years, people have claimed the genre will eventually die, especially when a particularly bad one debuts. However, the output is so frequent that the gap of time between a “bad” film “good” film is only a few weeks. The genre doesn’t have time to die before it’s refreshed again. With that in mind, 2020’s crop of comic book movies is off to a great start with the release of Birds of Prey (and the Fantabulous Emancipation of One Harley Quinn).

Set after the events of the underwhelming Suicide Squad (2016), Harley Quinn (Margot Robbie) has gone through a very public break-up with the Joker, meaning she’s no longer under his protection. Every hardcore criminal she’d ever wronged is gunning for her now, most notably the crime lord Roman Sionis, AKA Black Mask (Ewan McGregor). Consequently, Harley gets wrapped up in the hunt for a young pickpocket named Cassandra Cain (Ella Jay Basco) who has something of value to Sionis. Also caught up in the mix is hard-boiled cop Renee Montoya (Rosie Perez), Sionis’ driver Black Canary (Jurnee Smollett-Bell) and the mysterious crossbow vigilante Huntress (Mary Elizabeth Winstead).

As is to be expected from a comic book film, there’s plenty of action from start to finish. What separates this film from others is that the various shootouts, punch ups and escapes feel right at home in a Bugs Bunny cartoon. It’s the most gleefully violent Bugs Bunny cartoon ever made, as the frenetic pace and absolute madness leaves a massive grin on your face. It can get very difficult to visually impress with punches, kicks and bullets when other comic book films are flying through the sky and knocking over buildings. Director Cathy Yan is more than up to the challenge, directing these sequences with immersive energy. She isn’t messing around and finds clever, inventive and brutal ways of using confetti guns and baseball bats. If you thought the action in Suicide Squad left something to be desired, it’s safe to say you won’t be disappointed here.

It’s not just the action sequences which impress, as the overall tone complements the Looney Tunes comparison. Successful use of slow motion, animation, narration and visual graphics help lean into the zaniness. You might be thinking, ‘didn’t Suicide Squad already try and fail at that?’ Yes, but Suicide Squad had a confused tone which made these moments seem out of place. Suicide Squad used these tricks as a bandaid for poor storytelling. In Birds of Prey, there’s nearly complete understanding of when to use these techniques and when not to, all of which mostly supplement the enjoyably fast paced story. Yan is aware that she’s building a story from the perspective of a fun-loving psychopath, so these visual tricks successfully bring the viewer into Harley’s worldview.

Taking that into account, Yan opts to unfold this story in a non-linear structure. The technique is overused in many films because it’s assumed that audiences automatically enjoy twisty narratives. That’s not the case, as non-linear narratives can just be needlessly confusing if it’s not necessary. In regards to Birds of Prey, it may not be necessary but it’s perfectly fitting since Harley’s interpretation of events is like a psychotic stream of consciousness. Information is relayed to the audience as randomly as Harley thinks it, but the order of events is cleverly arranged to control the pace and keep the story clear. Playing with the timeline is used to convey character development, as opposed to just outsmarting the audience.

Quality craftsmanship is a huge plus, but a good comic book movie is nothing without interesting and colourful characters. The genre is currently divided into two camps: solo movies and team movies. Amazingly, Birds of Prey manages the best of both worlds. This is unquestionably Harley Quinn’s story, but the rest of team members are still given satisfying arcs and moments to greatness. It’s impressive how successfully Yan jumps from one characters perspective to the next without ever losing momentum or focus. This is achieved by each character going through a similar struggle: breaking free from abusive control. Between juggling Harley, Renee, Black Canary and Huntress, it’s equally impressive that there’s room to shine a light on McGregor as Black Mask. With a recent over-saturation of crazy clowns, it’s refreshing to simply have a charismatic yet vicious mob boss as the heavy.

While most of the film displays many refreshing elements, the story itself doesn’t do much to reinvent the wheel. Like many films in the genre, it follows a standard plot of the villain wanting a special something and the heroes getting in way. Thankfully, it doesn’t take away from the enjoyment as Yan clearly knows the plot is of little consequence. The stage is set, the motivations are clear, but Yan doesn’t waste the viewers time over explaining the pointless details. The simple plot is used as a means to develop story and character. None of the story arcs are too complex, but they are perfectly functional, fun and provide all the dark comedy. It’s not perfect, as there’s a key sequence where characters suddenly know plot details because the story needed them to, but it’s a minor complaint.

Comic book cinema has had many ups and downs. We’re up to three live-action Spider-Men, seven Batmen and four Supermen, yet Birds of Prey shows the genre still has tricks up its sleeve. Cathy Yan has delivered a gritty, exciting, funny and enjoyable romp. It’s no classic, but it proves that comic book cinema isn’t going anywhere and still has plenty to offer.

Best way to watch it: After drinking 5 cans of Red Bull. 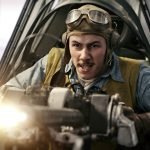 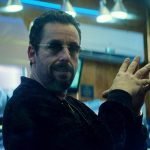