Believe it or not, there’s no algorithm to making a good film. A film can be well shot, well written, well acted and well directed, but does that always equal a good result? Strangely no. For instance, take Michael Bay’s Bad Boys (1995) and Bad Boys 2 (2003). Neither of these films are art and are rarely considered good. Bad Boys 1 was criticised for being a poor imitation of classics like Lethal Weapon (1987) and Bad Boys 2 was derided for its chaotic, directionless madness (both statements are arguably true). Strangely, their messy execution and childish storytelling gave them personality and is the reason they’re remembered. With Michael Bay out of the director’s chair for Bad Boys For Life (2020), the mayhem is gone and is replaced with refreshing filmmaking competency. However, is sensible craftsmanship what this franchise needs?

Detective Marcus Burnett (Martin Lawrence) and Detective Mike Lowrey (Will Smith) are still best friends and partners in the Miami Police Department. Coming up on 25 years of working together, Marcus is considering retirement since his kids are grown up and starting families of their own. Mike on the other hand is trigger-happy as ever, not looking to retire anytime soon. Breaking up the party is a crime lord (played by Kate del Castillo) and her son (played by Jacob Scipio) who are out to kill Mike for mysterious reasons. Captain Howard (Joe Pantoliano) is also back with a young technology savvy team called Ammo, thus making the two leads feel their age.

Right off the bat, it’s surprising how steeped in character development this third outing is. In previous instalments, the bad boys get wrapped up in a random drug conspiracy. This time, the villain’s motives are directly tied to the heroes. It’s an interesting change for this franchise, as it allows for a more character driven approach. Mike’s sociopathic obsession with action is used for more than just comedy, and Marcus’ family man persona is dialled to 11 and given new layers. The various supporting characters are also weaved into the main arc well enough. Screenwriters’ Chris Brenner, Peter Craig and Joe Carnahan have stuck to basic storytelling rules, which is a far cry from the insanity of the previous instalments. However, staying so close to a recognisable cinematic shape does make it predicable.

In addition to predictability, there is also an unfair division of labour from the main cast. When you have two charming and funny leading men, you should use them both. The comedy comes from the enjoyable chemistry between Will Smith and Martin Lawrence. These two have previously shared the load, but this time the scales are tipped to Smith. Sure, he is the bigger star and has kept in action hero shape, but it’s unsatisfying having two leads with one sitting out for most of the action. This is also done to make room for the team of younger heroes, but only Paola Nuñez as Rita (the Ammo team leader) makes an impression. Alexander Ludwig, Vanessa Hughes and Charles Melton give good performances, yet they aren’t given much to work with. These new additions are clearly intended for sequels and spinoffs, which can be frustrating when mishandled.

Consequently, the world building is over-complicated. Many important story and thematic elements are directly tied to heavily explained backstory. None of the lore is too out of place within the film’s own narrative, but it does feel out of place in the trilogy as a whole. To be clear, expanding the story from sequel to sequel is not a bad thing. It’s important to keep adding new elements, which Bad Boys For Life does. We learn many new things about Mike and Marcus which haven’t been discovered yet. However, the added backstory is overwritten to a point where it doesn’t fully connect with the original films. It may feel odd for those who’ve been following the franchise, but it doesn’t diminish the enjoyment.

In terms of enjoyment, directors Adil El Arbi and Bilall Fallah are a perfect fit for the film’s thrilling action. They may not match Bad Boys 1 and Bad Boys 2 bonkers energy, but they do eclipse both previous films in filmmaking craft. Unlike Michael Bay, Arbi and Fallah make the story naturally build to the action sequences, which in turn propels the rest of the plot forward. Instead of just inserting action whenever the story gets boring, they actually make great use of cause and effect. Arbi and Fallah may be new to the blockbuster game, but they will have a prosperous career as action directors if their work here is any indication. Despite being highly competent, the dramatic tension in these sequences does occasionally dampen the comedy.

Juggling the tone in an action-comedy is harder than it looks, as the audience needs to simultaneously be on the edge of their seat and laugh. Michael Bay may not have been graceful, but his barrage of madness did create the desired result. Obviously, the goal is to create action and comedy without also causing a headache. Sadly, Arbi and Fallah don’t quite manage the task. Arbi and Fallah can certainly craft coherent action and form sidesplittingly funny jokes, but they haven’t yet got a handle on melding the two. It’s not a huge deal as you will still be on the edge of your seat and you will still laugh, but it does feel like two distant tones fighting for attention. The most glaring tone issue is that the film is a little too aware of itself. Arbi and Fallah are clearly very pleased to be making this film and that passion shows, but it comes close to inappropriate levels of self-reverence.

Taking over a beloved franchise is one thing, but a beloved franchise despite its many flaws is another. Strangely, those imperfections made them what they are and is the reason for the fandom. Bad Boys For Life does a fine job at elevating the franchise’s filmmaking craftsmanship to new heights, but results in something being lost. Despite their faults, Bad Boys 1 and 2 will be remembered. Bad Boys For Life‘s workmanlike approach ticks filmmaking boxes, but it may blend in with every other action movie.

Best way to watch it: After a long school day and you need some explosions. 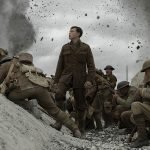 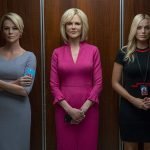