Successful filmmakers should try to keep their ego in check, because it’s impossible to predict whether or not their next film will be a dud. If there’s any director whom we’ve allowed to freely flaunt his ego around, it’s James Cameron. Since 1984, all of his films have been beloved by audiences, praised by critics, achieved unprecedented Academy Award milestones, and raked in a fortune at the box office. Cameron is quite literally the best in his field, and he knows it. After all, who else could get away with 12 to 13 years between projects, with no discernible pressure from the studios, all of which continually give him blank cheques? With each new release, people wonder if Cameron’s time is finally up, yet he always proves the naysayers wrong. With Avatar: The Way of Water (2022), it looks like Cameron is taking another victory lap.

Set more than a decade after the first film, the story picks up with Jake Sully (Sam Worthington) as the new chief of the Omaticaya clan, and has raised a family with Neytiri (Zoe Saldana). Their children consist of their teenage sons Neteyam (Jamie Flatters) and Lo’ak (Britain Dalton), their young daughter Tuk (Trinity Bliss), and their adopted children Kiri (Sigourney Weaver) and Spider (Jack Champion), the latter of whom is a human boy abandoned on Pandora. Things have been peaceful ever since the human military body known as RDA left, but that peace dramatically ends when they return with unprecedented firepower. Even, Jake’s former commanding officer and enemy Colonel Miles Quaritch (Stephen Lang) is back from the dead, only this time in a new Avatar body. Not wanting to put his family at risk, Jake and Neytiri decide to leave the Omaticaya, and take their family to the Metkayina reef people clan. Jake and his family need to learn the ways of the Metkayina in order to be accepted, but it won’t be long until Quaritch tracks them down, causing more destruction to Pandora than ever before.

Similar to the first film, Avatar: The Way of Water isn’t breaking any new ground from a storytelling perspective. Everything here is remixed from adventure, fantasy, science fiction and action films we’ve all seen 100 times. As a result, you’ll be able to predict who will live, die and what will happen long before it does. This isn’t to say the story is badly told or the script poorly written, as James Cameron is a master at his craft. There aren’t many surprises, but each of the story threads are directed with such sincerity that it’s hard to not enjoy what’s on screen. So many modern blockbusters wink at the audience because filmmakers are afraid we’ll laugh at them for taking aliens, robots and lasers seriously, yet Cameron has no such fear. He has full confidence that the audience will care wholeheartedly, which may cause the hardest of hearts to get swept up in the magic of it all.

With that in mind, Avatar: The Way of Water has a slightly different structural focus than the previous film, but it’s no less effective. Both films rely heavily on their relatively cliched stories, yet Avatar: The Way of Water skews the attention towards character development, whereas the original skews towards plot. Granted, Avatar did have easily distinguishable character arcs, but they were all fairly one-note. The character arcs in Avatar: The Way of Water aren’t revolutionary, but there’s definitely more to unpack, more dynamics and more intimacy on display. In the best cases, certain characters who were completely flat in the original film, are slightly more three dimensional. This is certainly a welcome upgrade, but it does mean that some (who were particularly compelling last time) are given less to work with here. Despite this issue being immediately apparent, the nearly three and a half hour runtime allows the lesser character arcs to feel full and functional.

In terms of the thematic layers, Avatar: The Way of Water is playing the exact same game as the original. Specifically, the plot, story and characters are kept archetypal, thus allowing the viewer to easily detect the political and social metaphors. Just like last time, the points being made about environmentalism, colonialism and the military industrial complex are bereft of subtlety, but Cameron has never been one for subtlety. Avatar: The Way of Water has a point to make, it’s not afraid to make it bluntly, and the fact that the point is clear whether you’re nine or 99 is part of why it works. On the other hand, there is a case to be made that Cameron has no right commenting on indigenous culture, colonialism and spirituality, but it’s all represented without any hint of parody. Depending on your perspective, this may not absolve Cameron of cultural appropriation, but these are issues which he clearly cares about.

With the narrative and thematic complexities having just as many standout elements as they have minor drawbacks, Cameron’s propensity for cinematic spectacle smooths over many of the storytelling faults. In this day and age, so many action, science fiction and fantasy films have their set piece moments captured by a second unit team, or have already been ideated before a script is written. This has sadly robbed much of the artistry out of modern blockbusters, as you can immediately tell that action sequences have none of the film’s narrative soul. Avatar: The Way of Water is thankfully above such laziness, as these action sequences and moments of spectacle are clearly being driven by Cameron, and are all in service of the emotions. This film hasn’t been pre-visualised by special effects houses, but instead is the director’s vision top to bottom. This used to be the norm in blockbuster filmmaking, but it has sadly faded away recently. Thankfully, Avatar: The Way of Water reminds us that this kind of attention to detail should be the bar once again.

In terms of raising the bar, Avatar: The Way Water is the new benchmark for computer generated effects, motion capture and compositing. The original film elevated visual effects back in 2009, and it’s fair to say that the only thing which has managed to exceed it, is its own sequel. Every single shot is brimming with life, despite much of it being rendered in a computer. The photo realism is so immense that you’re totally convinced these big, blue creatures are right in front of you, displaying all the thoughts, feelings and emotions a real human being would. With this much of a technological leap, it’s hard to imagine performance capture ever becoming better than this. There are plenty of striking computer effects, but what makes the difference with Avatar: The Way of Water is that Cameron still directs the storytelling like he’s on location, in a forest, on the sea, or in the air.

These Avatar films are proving to be truly unique in the world of film. They are huge event movies which everyone goes to see, yet so many point out a plethora of issues which apparently make them ‘overrated’. While it’s true these films are flawed, it’s hard to deny that their sheer force of will makes them completely earn their iconic status. Avatar was highly effective despite its flaws back in 2009, and Avatar: The Way of Water is also highly effective despite its flaws. It may not be perfect, but when it works this well, it doesn’t need to be.

Best way to watch it: In between gym sessions. 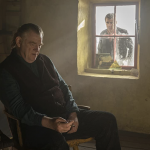 The Banshees of Inisherin (2022) Review